No10 insists Britain still 'leading the way' in supporting Ukraine

The former prime minister, fresh from a surprise visit to Kyiv at the weekend, has implored the US and European nations to heed Ukrainian President Volodmyr Zelensky’s call for more tanks.

Mr Johnson, writing in the Daily Mail, asked ‘just what the hell are we waiting for?’ as he queried why not more of the West’s ‘abundance’ of arms was being used to take on Russian forces.

In a swipe at Washington D.C., Berlin and London, the ex-premier questioned whether Western tanks currently needed to be ‘guarding North Rhine-Westphalia’, ‘protecting Tennessee’, or ‘prowling the villages of Wiltshire’.

In response to the former PM’s remarks today, Downing Street highlighted Britain’s recent commitment to send a squadron of Challenger 2 tanks to Ukraine and suggested Rishi Sunak would like to see other countries follow suit.

But No10 insisted it would not ‘dictate’ to other nations on what they should be doing to support Kyiv amid growing international pressure on Germany to send its Leopard 2 tanks. 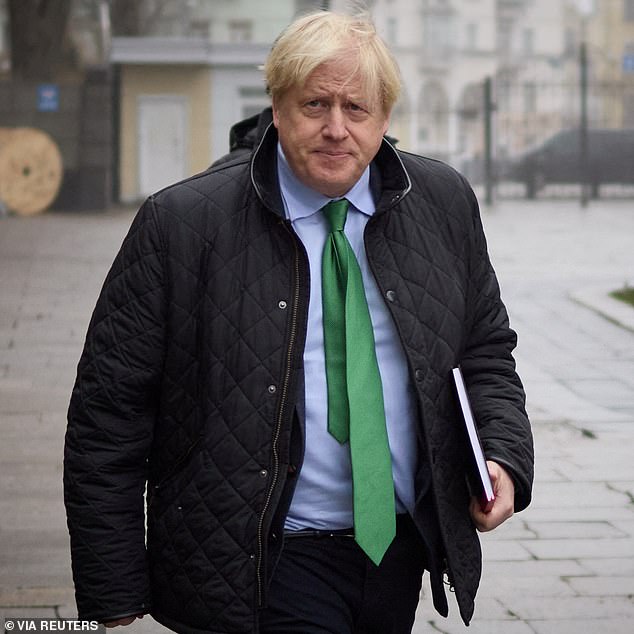 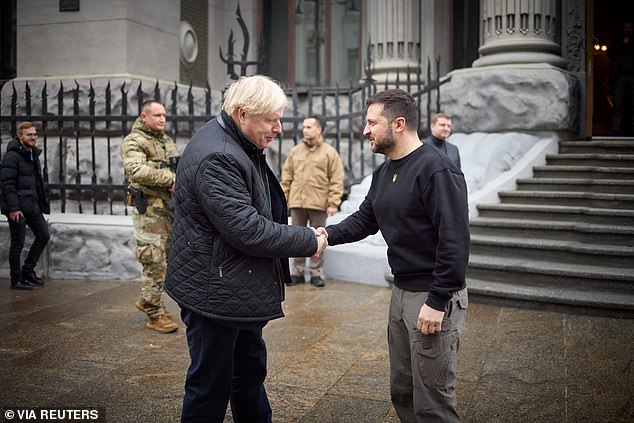 The former prime minister, fresh from a surprise visit to Kyiv at the weekend, has implored the US and European nations to heed Ukrainian President Volodmyr Zelensky’s call for more tanks 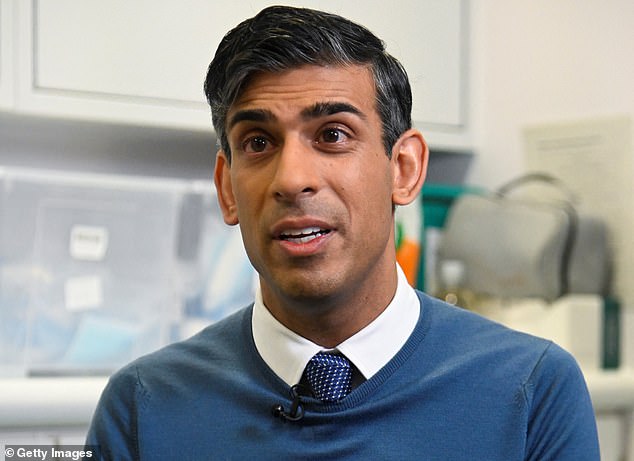 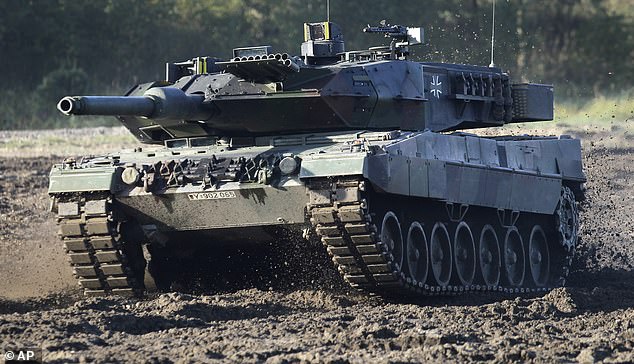 Mr Sunak’s official spokesman said: ‘I think you can see from our commitment of sending a significant number of Challenger tanks that the UK is once again leading the way in providing the necessary support to help Ukraine win this war.

‘We are proud of our record on this and it is something that will continue for the long term.’

Downing Street added that Britain was continuing ‘to play the facilitating role’ in securing more support for Ukraine, including at last week’s meeting of allies at Germany’s Ramstein air base.

Friday’s meeting had led to a backlash against Germany over its reluctance to supply Leopard 2 tanks to Ukraine.

Berlin has since signalled it won’t stand in the way of other European nations – such as Poland – sending the German-manufactured tanks to Kyiv, for which Germany’s prior approval is needed under export conditions.

Asked whether the PM was concerned about Germany not allowing Leopard 2 tanks to be sent to Ukraine, Mr Sunak’s spokesman said: ‘As the Foreign Secretary and others have said, we would like to see additional support provided to Ukraine and that includes additional tanks.

‘It’s something that President Zelensky clearly thinks is necessary and we agree.

‘What we are not going to do is dictate to other countries exactly what they should or should not provide – first and foremost that must be for those countries and the elected ministers there to set out.’

No10 also refused to comment on whether it was appropriate for the Baltic states – Latvia, Estonia and Lithuania – to have issued a public statement imploring Germany to supply tanks.

‘We don’t get into the business of dictating to other countries what public statements they should or shouldn’t make,’ the PM’s spokesman added.

‘I’m setting out the Government’s position. We look to work with our allies in lockstep as much as possible and I think our approach has borne fruit.

‘You’ve seen the huge amounts of equipment, material and financial support that has been provided to Ukraine since the start of the war.’