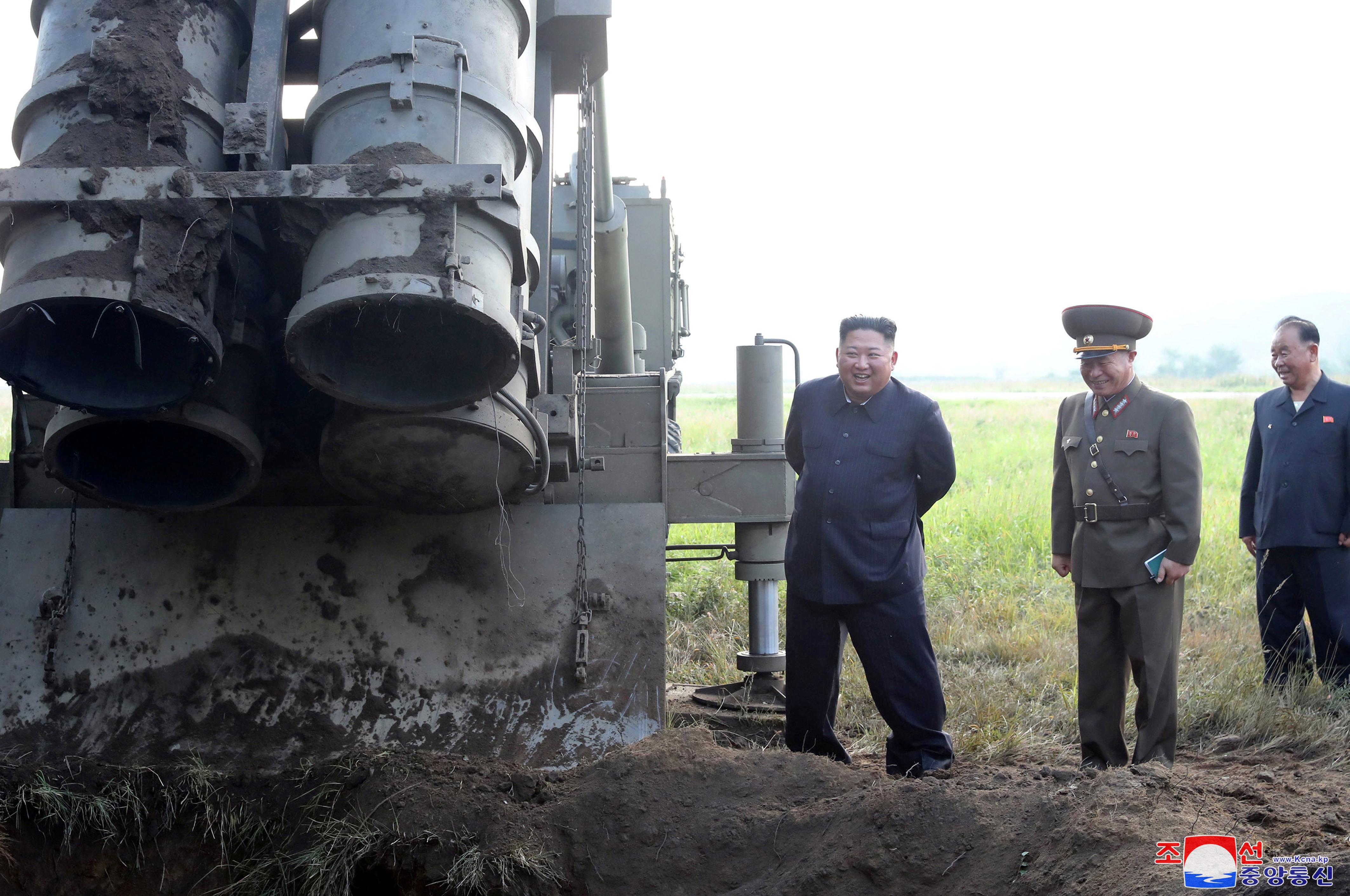 North Korea fired a new round of short-range projectiles on Tuesday, South Korean officials said, only hours after it signaled a new willingness to resume stalled denuclearization talks with the United States in late September.

Kim, who had guided the testing of the same multiple rocket launcher before, said its capabilities have been “finally verified in terms of combat operation,” and what remains to be done with the rocket launcher is a “running fire test,” KCNA said, without elaborating on what the test would entail.

Kim ordered future tasks and ways to “steadily” attain cutting-edge national defense to officials that had joined him, including senior officials such as his sister Kim Yo Jong, KCNA said.

While analysts said North Korea conducts weapons tests for a range of purposes, including technical development and reassurance for the defense establishment, Tuesday’s launches appeared to have been timed to send a message to Washington, such as what may happen if the United States doesn’t come to talks with North Korea with realistic proposals.

Although U.S. President Donald Trump has played down previous tests this year, saying he did not believe short-range missiles violated any agreements, now-ousted national security adviser John Bolton had said even short-range launches by North Korea are banned under U.N. resolutions.

END_OF_DOCUMENT_TOKEN_TO_BE_REPLACED

END_OF_DOCUMENT_TOKEN_TO_BE_REPLACED
Recent Posts
We and our partners use cookies on this site to improve our service, perform analytics, personalize advertising, measure advertising performance, and remember website preferences.Ok