The return of the protective equipment was linked to the North Korean leader’s crackdown on imports from the south as relations between Pyongyang and Seoul continue to deteriorate.

If the quality of the products is too good, they start to suspect they come from South Korea

Traders said they were surprised by the move as goods smuggled in from South Korea are openly sold in North Korean markets and masks are in high demand because of the coronavirus pandemic.

Products from South Korea are illegal in North Korea and Pyongyang has also imposed a ban on Chinese products made in co-operation with foreign companies with the specific aim of denting the South Korean economy.

Kim has become increasingly paranoid about Seoul’s influence on the North Korea and blames Seoul for supporting a network of defectors he accuses of spreading cross-border propaganda. 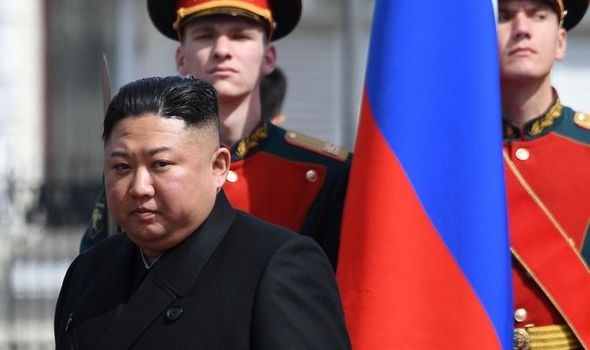 A trader in the Chinese border city of Dandong said the masks spent a month in a North Korean warehouse before being sent back.

He told Radio Free Asia: “The Chinese trader received an order from the North Korean company to send high-quality masks even if they were a little expensive.

“So the Chinese trader sent 15,000 KF94 masks, which are considered to be high-quality even in South Korea.

“Oddly, the masks were returned. The North Korean company’s reason for rejecting the order is that there is suspicion that the masks are not from China.” 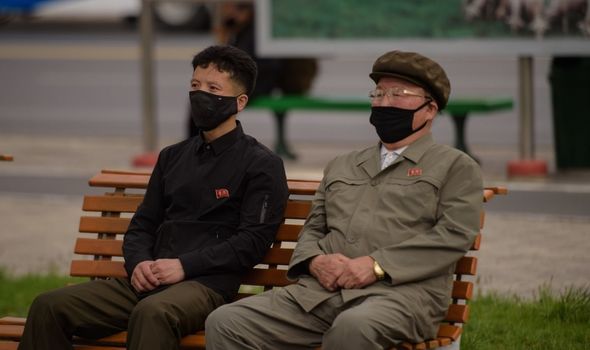 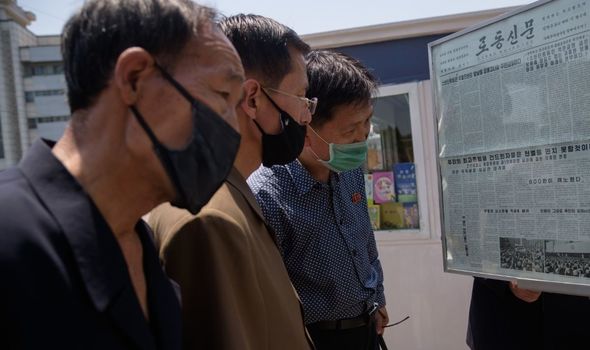 The trade in smuggled goods has become increasingly common in North Korea but sellers still try to hide the origin of South Korean products and pass them off as Chinese.

The trader said: “There were no labels or trademarks on the masks that could identify them as South Korean.

“But the North Korean authorities judged them as South Korean because of their apparent difference in quality from Chinese masks.

“The reason why the Chinese trader sent in South Korean masks instead of Chinese ones was because of the request to ‘send good quality ones, even if they are expensive’.

“Hoping to continue its trading arrangement with the North Korean company, the trader supplied high-end South Korean masks at a price so low, it was making profit of 12p per mask. This caused a big stir.”

Another Dandong trader said: “Chinese traders are reacting as if they don’t know what to do, as the North Korean companies try to negotiate for lower prices because Chinese products are thought of as lower quality.

“But if the quality of the products is too good, they start to suspect they come from South Korea.

“North Korean authorities’ ban on imports of Chinese products produced jointly with foreign companies, even if they are made entirely in China, was aimed at blocking the import of South Korean goods.”

DON’T MISS
Kim Jong-un was ‘prepared’ to go to WAR with the US in 2018 [ANALYSIS]
North Korea cover-up: Horrifying details leaked from hermit state[SPOTLIGHT]
North Korea brutality: How Kim will ‘level playing field’ with US [FOCUS] 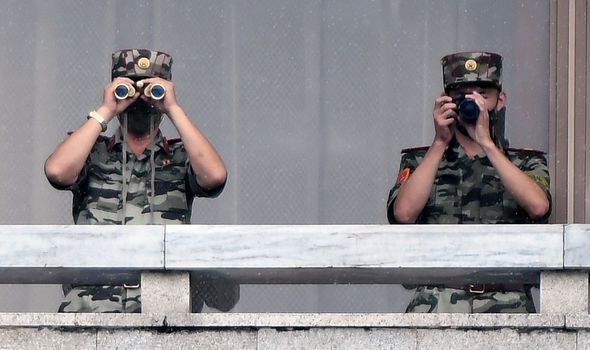 North Korea has still not reported a single confirmed case of the coronavirus although analysts believe this to be unlikely given its proximity to China and the way the virus sprease so rapidly around the world.

The country is also facing its worst economic crisis in almost a decade due to the pandemic, trade sanctions and a series of devastating typhoons and floods.

END_OF_DOCUMENT_TOKEN_TO_BE_REPLACED

END_OF_DOCUMENT_TOKEN_TO_BE_REPLACED
Recent Posts
We and our partners use cookies on this site to improve our service, perform analytics, personalize advertising, measure advertising performance, and remember website preferences.Ok