A 21-year-old man who was visiting New York City was hospitalized Sunday evening after being shot outside the Marriott Hotel in Times Square while walking with his family, according to police. 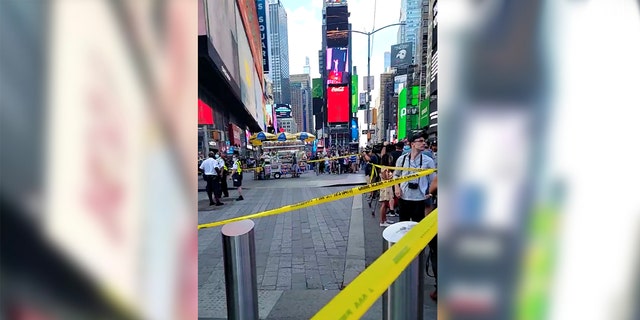 NYPD told Fox News that the shooting happened at 1535 Broadway shortly before 5:20 p.m. That address is in the heart of Times Square. It is the same address as the Marriott Hotel. 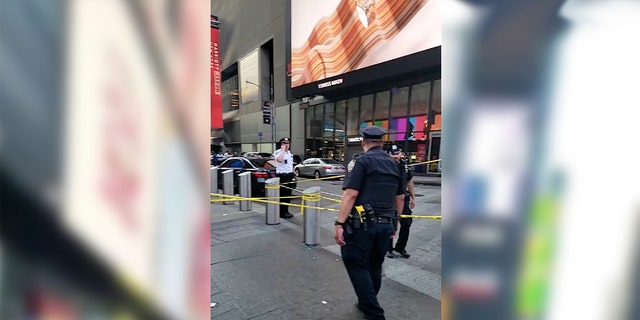 Police were asking people to avoid the area of West 45 Street and 7th Avenue and to expect delays in the surrounding area.

Two suspects – both described as Hispanic males – remain at large. The shooting had come about as the result of an apparent dispute between two groups, The New York Post reported.

Police told The Post that the man who was shot is expected to survive. 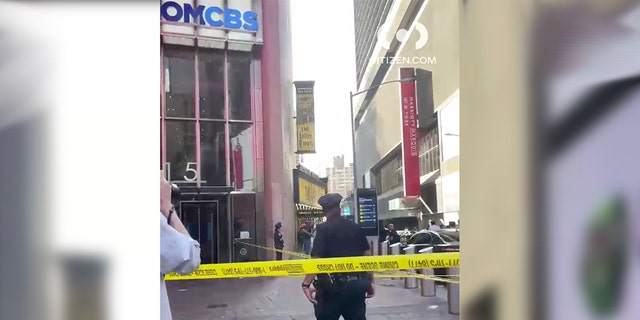 No further details are available at this time.

Sunday’s shooting was also just a few feet from where a man opened fired last month, wounding three people, including a 4-year-old girl.

This is a developing story. Check back for updates.