Bored at work? Painful moment Sainsbury’s security guard crashes to the ground after trying to leap on top of a plastic barrier outside store

A Sainsbury’s security guard had a painfully boring day at work recently – when he made an ill-advised attempt to jump a barrier.

He spectacularly failed to make the jump and toppled backwards onto his head in what looked like an excruciatingly painful fall.

His attempt was caught on video and has been watched almost 400K times on Twitte – as well as being viewed on TikTok – with users scoring his jump skills and ‘aspiration’. 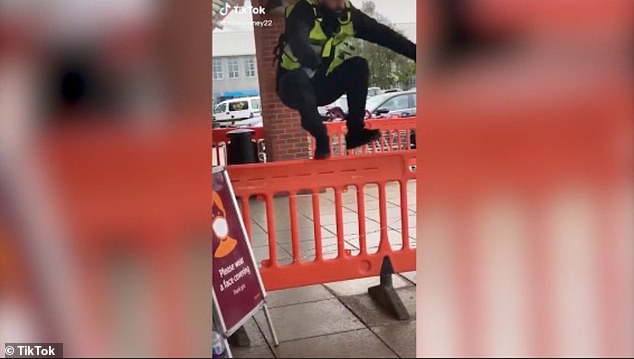 The video shows the security man wearing a hi-viz waistcoat outside an unidentified  Sainsbury’s store.

He readies himself before he makes the jump, eyeing up the height of the plastic orange barrier.

With a huge athletic effort, he leaps on top of the barrier but his feet slip and he loses his balance.

He  flips backwards, in a 360 turn, landing painfully on his head. 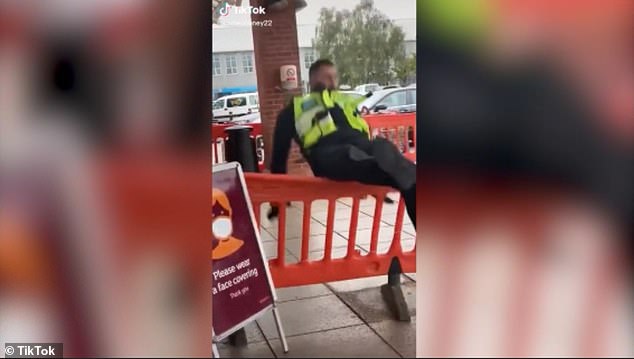 One Twitter user jokingly gave the jump a score out of ten, writing: ‘8/10 on jump height but 0 on the landing.’

Ruth Topham on Twitter, credited the security man’s efforts to scale the barrier, writing: ’10 out of 10 for aspiration.’

However, Tom Pine was more concerned for the plastic barrier involved, joking: ‘I hope the barrier is ok.’ 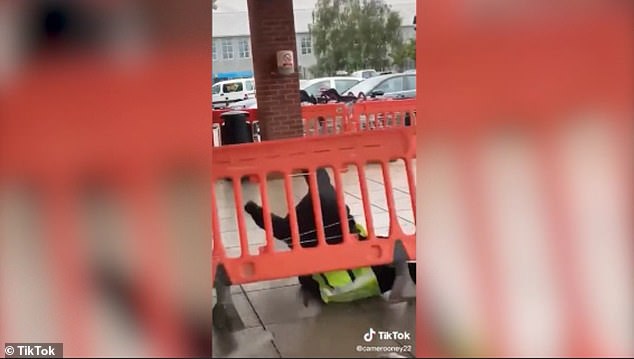 The man flips backwards, landing on his head in an excruciatingly painful fall

END_OF_DOCUMENT_TOKEN_TO_BE_REPLACED

END_OF_DOCUMENT_TOKEN_TO_BE_REPLACED
Recent Posts
We and our partners use cookies on this site to improve our service, perform analytics, personalize advertising, measure advertising performance, and remember website preferences.Ok