Pallbearer's mother had no idea he would be carrying Queen's coffin

‘We had NO idea he would be carrying The Queen’s coffin’: Mother admits her surprise that Morpeth-born British soldier son, 19, took part in the late monarch’s funeral as pallbearer

The mother of one of the Queen’s pallbearers said she was ‘beyond proud’ of her son and had ‘no idea’ that he would be carrying Her Majesty’s coffin until she saw pictures of the rehearsal online.

David Sanderson, from Morpeth, Northumberland, was one of the eight soldiers from the 1st Battalion Grenadier Guards to be selected to carry the Queen’s 500lb lead-lined coffin.

But such was David’s dedication to his solemn duty that he did not breathe a word that he had been chosen as a pallbearer to his parents or younger brother.

Instead, they only found out about his involvement when photographs of the funeral rehearsals were published by MailOnline.

His mother Carolyn spoke of her pride when she discovered her 19-year-old son had been selected for such an ‘enormous responsibility’.

She said: ‘I’m beyond proud. It has just been amazing. I still can’t believe it happened.

‘We didn’t actually know anything because it was all private to the army. We were looking at some photographs of the rehearsal and my husband said it looked like our David. 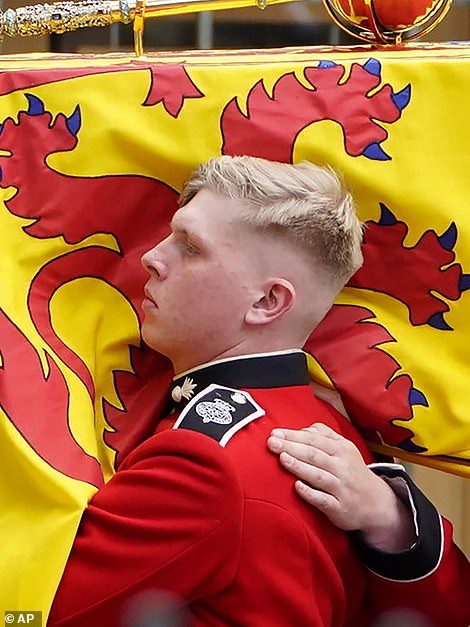 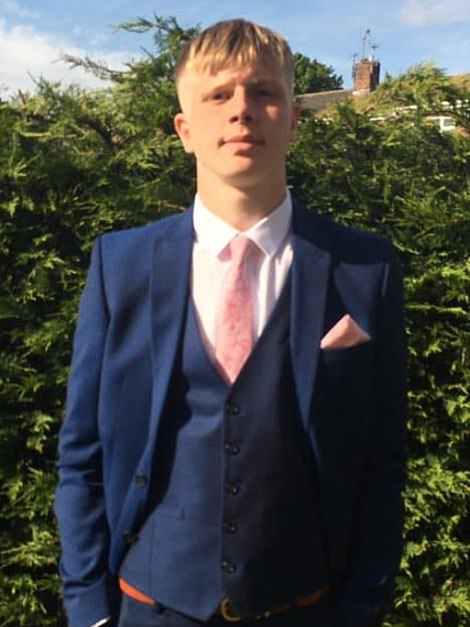 Guardsman David Sanderson, 19, (pictured) was one of the eight soldiers from the 1st Battalion Grenadier Guards to be selected to carry the Queen’s 500lb lead-lined coffin 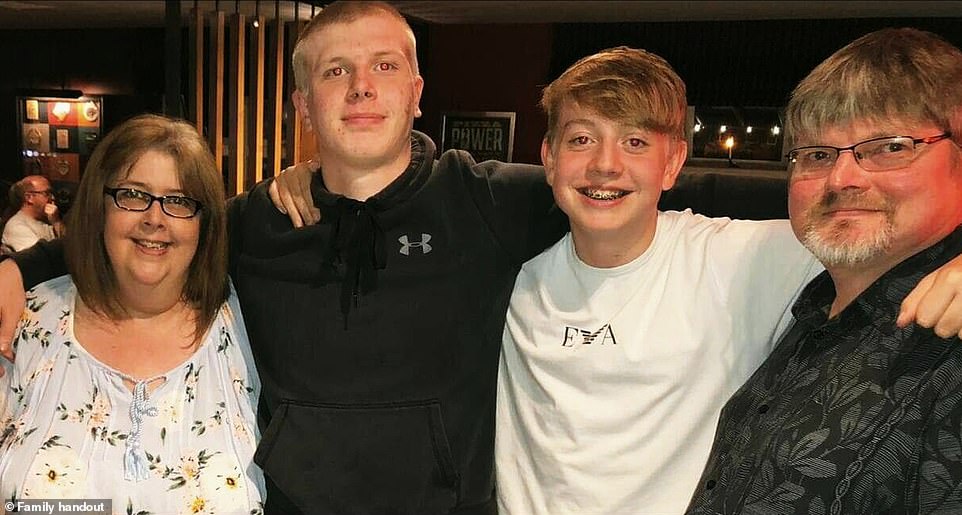 ‘I looked and said “of course it is!” It’s just wonderful. I think I’ve discovered a new emotion.

‘Seeing him on the television going to Westminster Abbey was just amazing. I just lost it – that’s our David. They were all brilliant, I think it was perfect.

David attended King Edward Vl secondary school in Morpeth before leaving at 16 to join the Army Foundation College in Harrogate.

By the time he was 17 he was stationed at the regimental headquarters of the Grenadier Guards at Wellington barracks, first joining the second battalion.

He then moved to the first battalion, the Queen’s Division, like his late grandfather John.

His father, Peter, 56, said: ‘The Grenadiers was in his blood, it’s all he has ever wanted to do. His grandfather served with the Queen’s Company, joining in 1958, so David was very aware of the history of the regiment.

‘But he wasn’t following in anyone’s footsteps, he’s his own man with his own ambitions and he wanted to be part of the history and prestige of the Queen’s Company.

‘When he got in he can’t have imagined he’d end up performing that particular duty, but he has an it’s an achievement he can be proud of for the rest of his life. 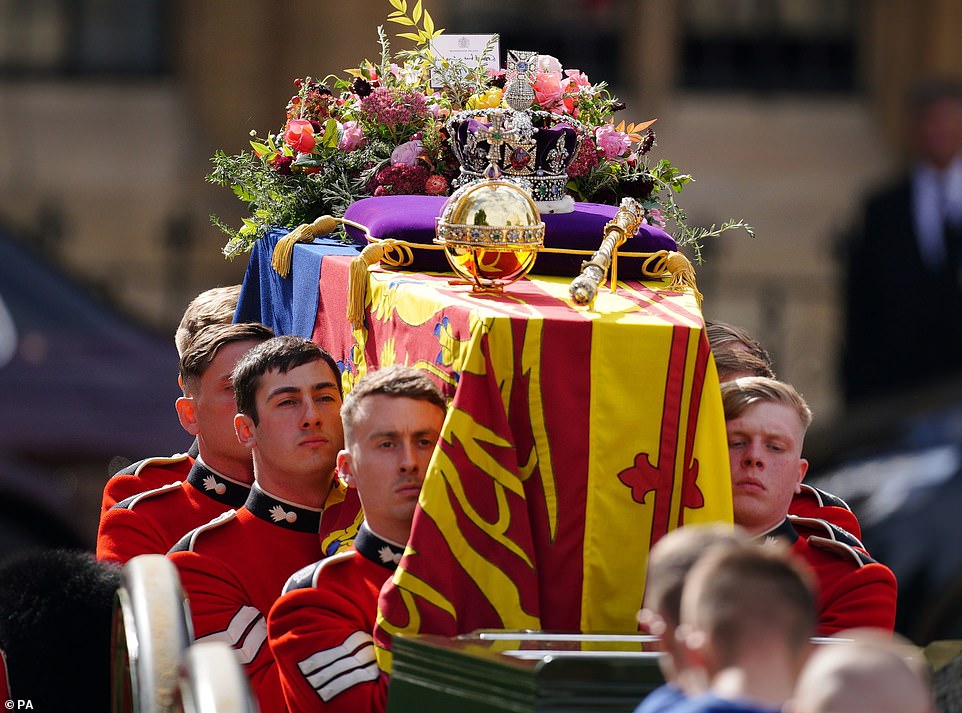 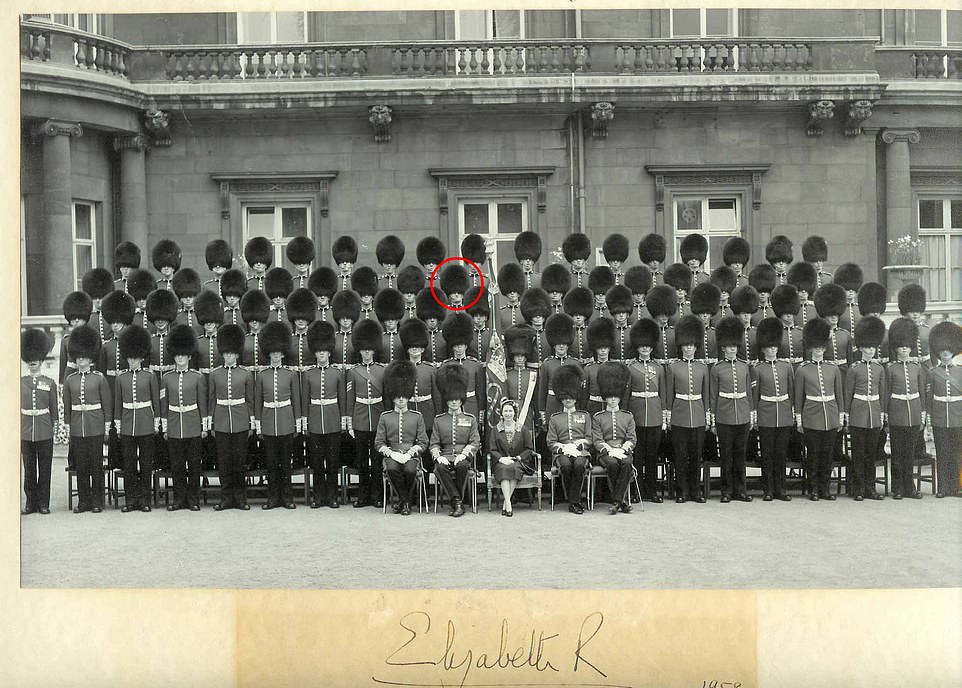 ‘I imagine when he gets back to Morpeth there’ll be a few people offering to buy him a drink and he deserves it, he did us all proud.

‘It was an incredible honour to be chosen for that role, the enormity of it is hard to comprehend, but David has taken it in his stride and performed his duty to perfection. It’s nice to hear people saying that they ought to receive an honour but I know that David will simply say “It was my duty” and he won’t ask any more than that.

‘He’ll be back on leave before his next deployment and I can’t wait to see him just to tell how immensely proud he has made us.’

David was positioned at the front of the right hand side of the casket and, along with the seven other young soldiers, raised and put it down no less than 10 times on her journey from Westminster Hall to St George’s Chapel in Windsor.

He was joined by fellow 19-year-old Fletcher Cox from Jersey, who finished ‘top of his class’ as a cadet aged just 15 when he was handed the highest accolade any young soldier can achieve on the Channel Islands – the Lieutenant-Governor’s medal – and gave a speech where he said his ‘sole ambition’ was to parade for the Queen. 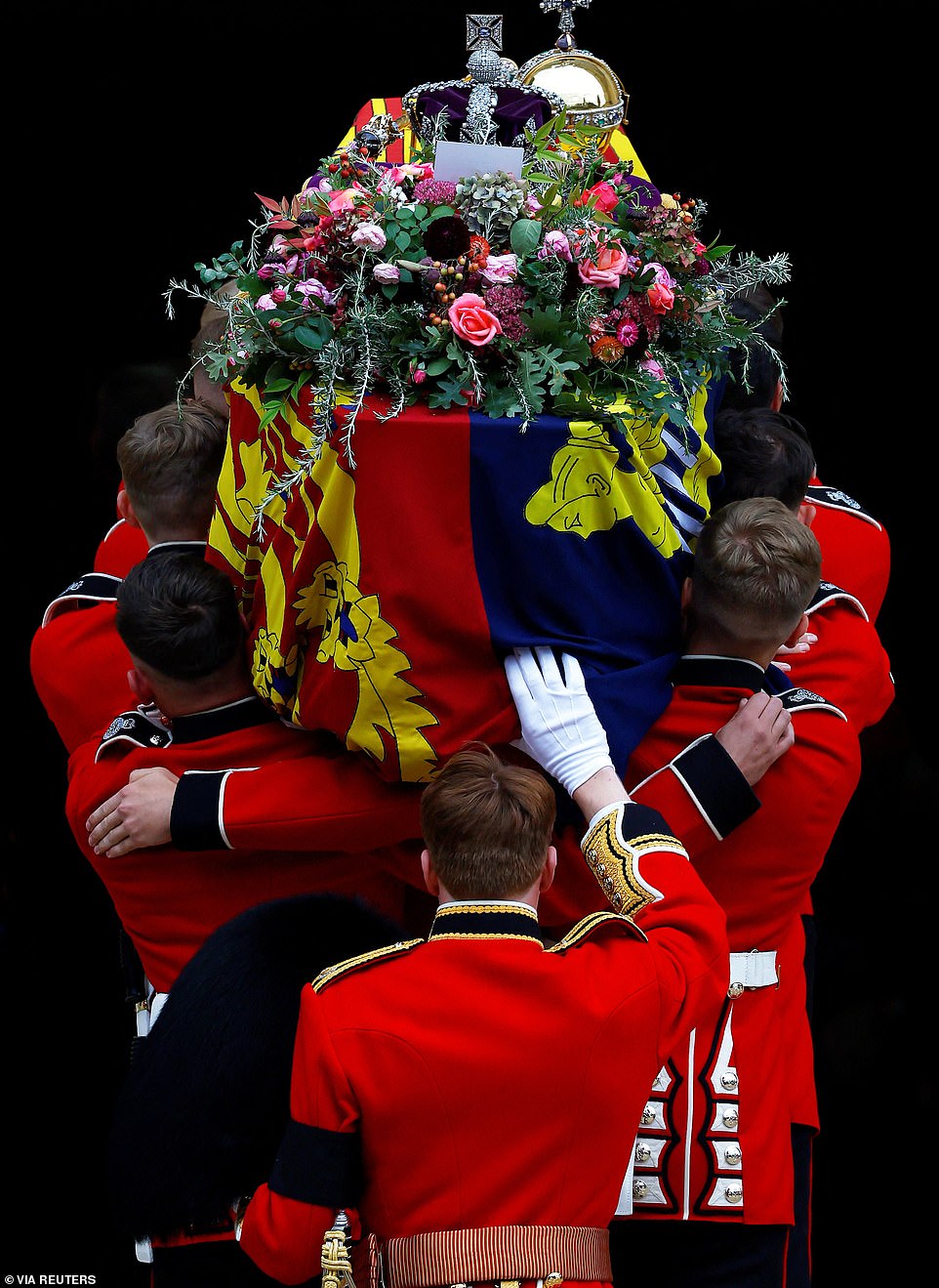 The band of brothers were expertly guided throughout by Company Sergeant Major Dean Jones, an instructor at The Royal Military Academy Sandhurst, where Prince Harry trained to be an officer. Famously the Queen reviewed Harry when he was commissioned as an officer in the British Army in 2006 – with both unable to hide their grins.

The Queen’s funeral was the first state funeral since that of Sir Winston Churchill in January 1965. The pallbearers from the Grenadier Guards were all awarded the British Empire Medal for their service that day.

Now calls are growing for the eight soldiers to also be recognised for their role in the historic funeral on Monday.

Former head of the Army Lord Dannatt said the MBE would be a fitting reward for the pallbearers who ’embodied the professionalism of the Armed Forces’.

His calls were supported by MPs Dan Jarvis and Tobias Ellwood and SAS: Who Dares Wins star Ant Middleton.

Mr Ellwood, head of the Commons defence committee, said: ‘Their performance did the Queen and the nation proud.’ Mr Middleton, a former Special Forces operative, said they ‘deserved nothing less than an MBE’.