The parents of a seven-month-old girl they were forced to leave stranded in Kabul with her grandparents fear she will never make it to the UK.

The newborn’s Afghan mother, who wishes to remain anonymous, said she had no choice but to return to the UK in May to retain her UK visa.

She had travelled to Kabul in September last year to visit her family while pregnant, but lost her UK ID card during the trip.

Her British husband joined her in December and she gave birth in the Afghan capital the following month.

The mother was finally issued a single-entry Visa, giving her 30 days to return and then apply for a replacement permit.

But their baby daughter had not yet received her British passport so had to remain with her grandparents in Kabul. 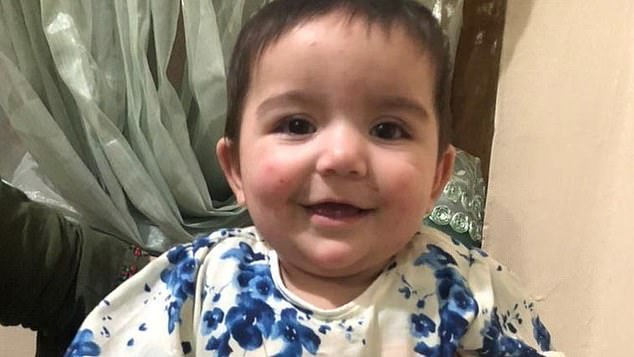 The baby’s mother told the BBC: ‘I have been separated from my baby for months I am lost without her by my side and we are losing hope.

‘I beg the government to please help us bring my baby and family back to me.’

The government has said it would do all it could to help British nationals left behind at the end of the airlift.

The family said they had no choice but to leave their newborn daughter behind because of the narrow window they were given to return to the UK, and they were told the baby could not travel without a passport.

The father had to return too because the mother speaks little English and needed help with the application for the new documents.

The couple intended to return to Afghanistan once the documents had arrived but the situation changed beyond their imagination when the Taliban seized power. 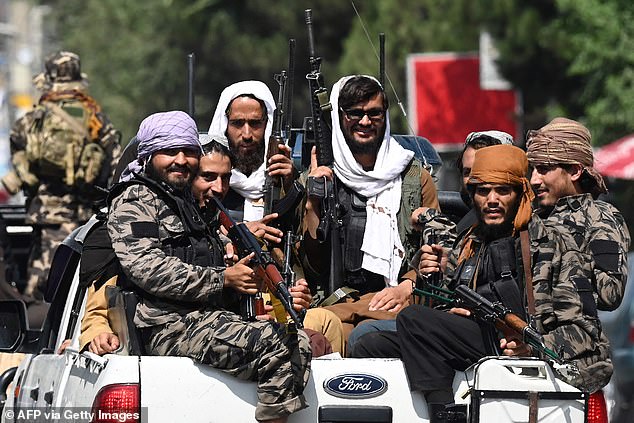 The British father and Afghan mother, who wish to remain anonymous, said they had no choice but to return to the UK in May to retain her UK visa

The parents received their baby’s passport on Wednesday but there are currently no commercial flights to or from Kabul.

‘We miss her but we cannot do anything. We want to hug her, kiss her.’

British embassy staff departed from Kabul before the girl could be brought back to the UK and reunited with her parents.

But there are concerns about the safety of the baby’s grandparents after they gave help to Western forces since the 2001 invasion, and they have not left their house for the past week.

The father said British officials told him the baby is not British yet and would have to remain until her passport arrives.

The Home Office said they will ‘continue to do all we can to deliver on our obligation to British nationals and eligible Afghans’.