Passengers onboard a London-bound train united to launch a ‘mutiny’ against staff after the train failed to stop at Swindon.

The Great Western Railway service from Penzance to Paddington was due to call at Swindon on its way to the capital yesterday but left passengers baffled when it went continued on without stopping.

According to others onboard, angry passengers who were heading to Swindon activated several of the train’s emergency alarms which forced the train to stop.

Reports suggest at least six alarms were activated before the driver eventually decided to head back to Swindon to let passengers off.

Great Western Railway say the stops were removed as the train was full and that passengers onboard were informed.

One passenger onboard took to social media to describe the incident, writing: ‘The current situation on the 16.41 from Totnes to Paddington is unbelievable. 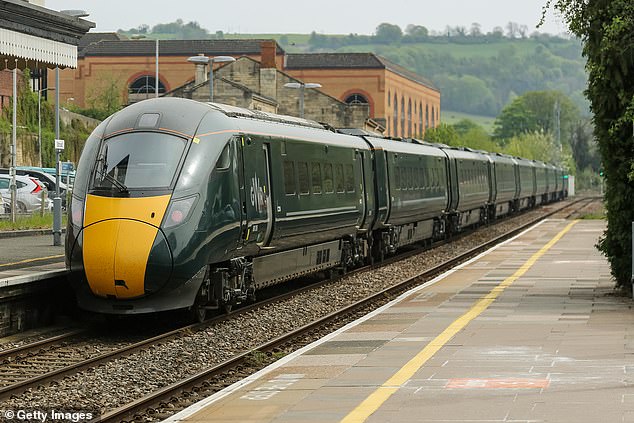 Passengers onboard a London-bound train ‘united in mutiny’ to force the driver to head back to Swindon after it passed by without stopping unexpectedly, causing severe delays (file photo)

Passengers, who described the journey as ‘the commute from hell’, claim they were told the system used to make announcements was not working and so they were unaware the train was not stopping at Swindon and Chippenham.

Another told the Telegraph: ‘Swindon united against GWR in a mutiny. No one knows the reason why the train did not stop at Swindon, when it was part of the stops and people wanted to get off.

‘Eventually, they did concede a win to the Swindon people and the train went back there.’

The train eventually ended its journey at Reading and all passengers were instructed to disembark and join another service to Paddington. 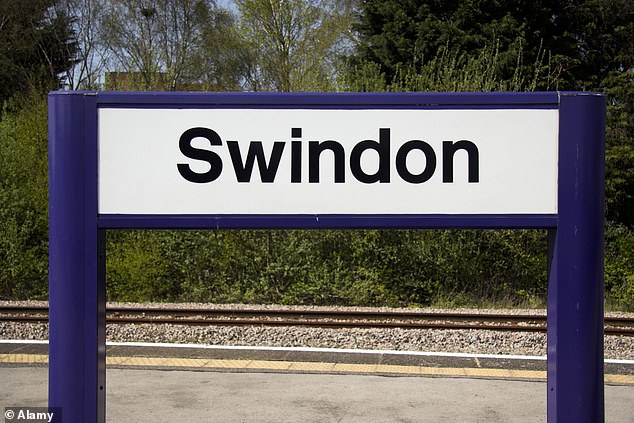 Describing his experience as ‘the journey from hell’, another passenger wrote: ‘Absolutely disgraceful service this afternoon / tonight from you guys.

‘Got on London Paddington train at Newton Abbot. The train was meant to stop at Swindon but didn’t. After this happened alarms were pulled and we were held just past Swindon. We were held there for hour.

‘I appreciate that may have not been your fault but there was ZERO communication throughout all we were told was about alarms going off and are being held.

‘If that hold up wasn’t enough we were then after being delayed told the train was terminating at Reading.’

Other passengers complained that the service was overcrowded and that there was a lack of communication from staff.

Great Western Railway say the stops were removed due to overcrowding and that passengers onboard were informed.

A spokesman for Great Western Railway told MailOnline: ‘We’re really sorry for those inconvenienced yesterday and those who were delayed will be able to get their money back by claiming a refund.

‘The 1418 Penzance to Paddington service was diverted via Chippenham and Swindon to assist passengers affected by an earlier cancelled train.

‘The service was however too busy to carry more passengers safely, so the extra stops were removed.

‘While those on board were informed of the decision, having passed Swindon the emergency ‘passcomms’ was pulled and the train stopped – further delaying the service by well over an hour. The train was returned to Swindon before continuing on its journey towards Reading.’