Home » World News » Patrick Mahomes, Deshaun Watson share a moment on the sideline — in the middle of gameplay

Patrick Mahomes, Deshaun Watson share a moment on the sideline — in the middle of gameplay

They may be rivals in one of the most brutal games on the planet.

But that doesn’t mean there’s no love between Patrick Mahomes and Deshaun Watson.

Two of football’s most talented quarterbacks faced off on Thursday as the NFL kicked off its 2020 season. With the game tied in the second quarter, Watson took off on a third-down run near midfield.

After scrambling out of bounds, Watson took a quick breather on the bench — on the Kansas City Chiefs sideline.

It turns out the Houston Texans quarterback spotted spotted Mahomes and decided to share a moment with his rival after failing to pick up the first down.

There’s a lot of talent on that bench. And a lot of riches. Watson signed the second-richest contract in NFL history this offseason, a deal that will pay the two-time Pro Bowler $160 million over four seasons.

The richest? That rightfully belongs to Mahomes who secured a league MVP and Super Bowl MVP trophy in his first two years as a starter in the NFL. Now he has a contract that tops out at a whopping $503 million over 10 years.

While the two are set to battle in the AFC for years to come, they clearly have an appreciation for each other. 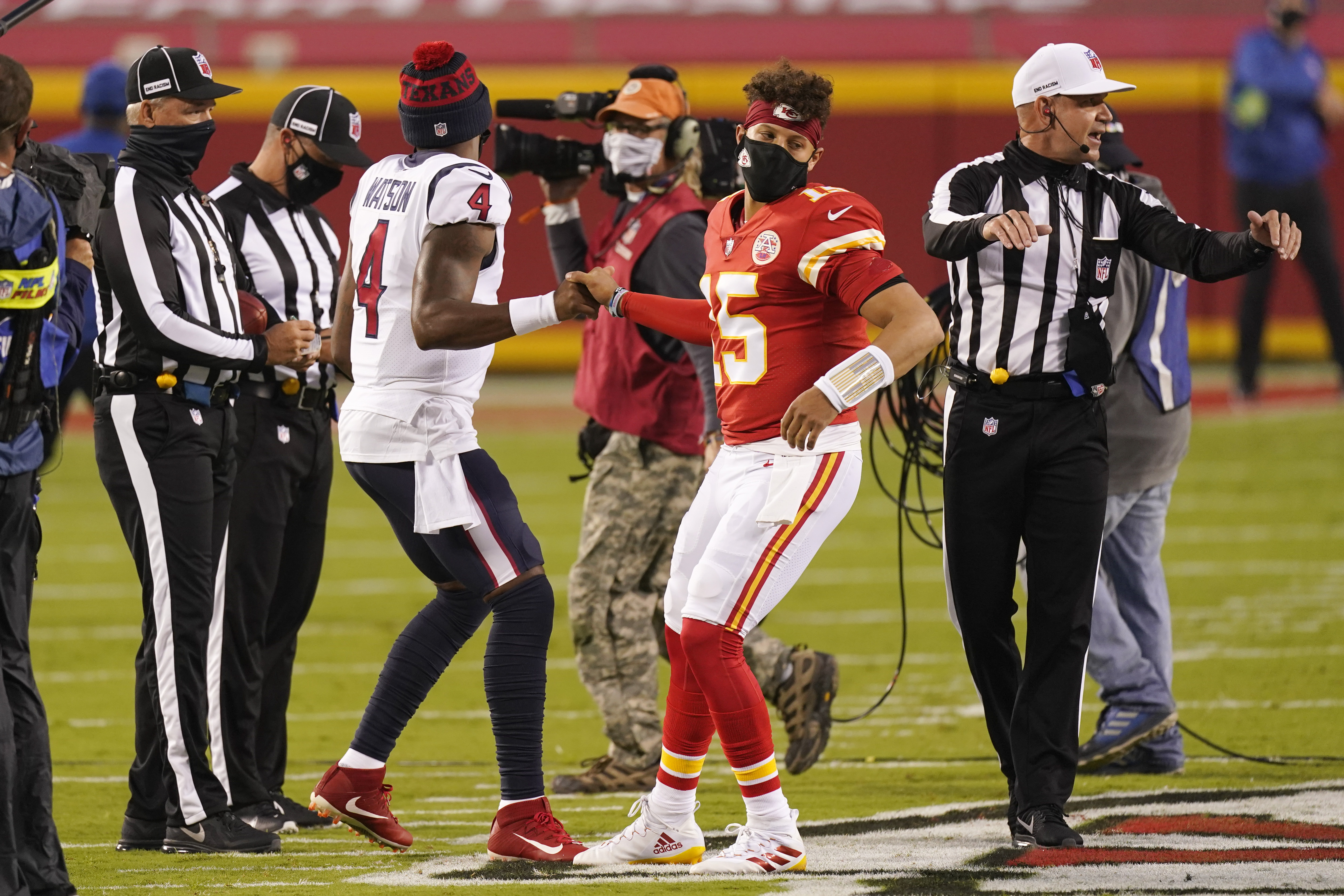 Yahoo Sports is committed to finding you the best products at the best prices. We may receive a share from purchases made via links on this page. Pricing and availability is subject to change.

END_OF_DOCUMENT_TOKEN_TO_BE_REPLACED

END_OF_DOCUMENT_TOKEN_TO_BE_REPLACED
Recent Posts
We and our partners use cookies on this site to improve our service, perform analytics, personalize advertising, measure advertising performance, and remember website preferences.Ok