At least six of the people who were hospitalized were in critical condition. 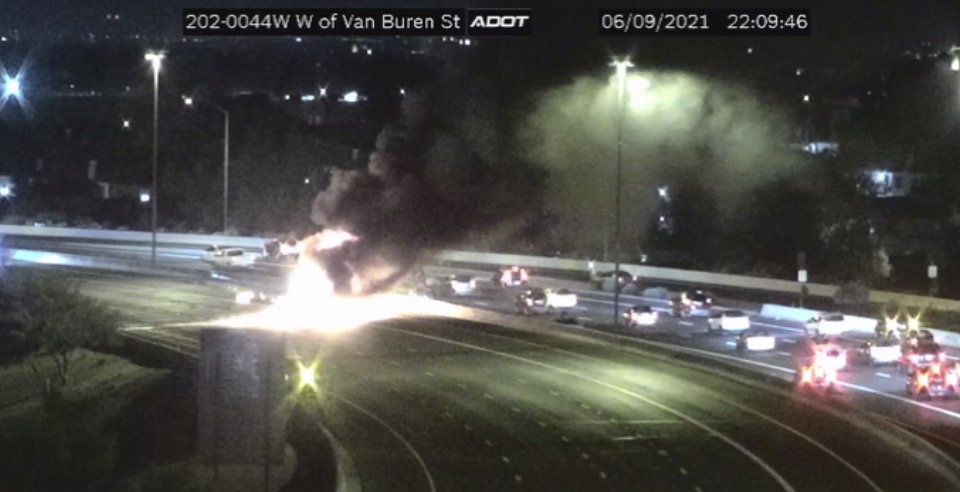 The crash was reported at around 10pm on Wednesday night in Phoenix, Arizona.

Included in the wreckage was a semi-truck hauling a tanker, alongside multiple other vehicles.

Public Information Officer Raul Garcia told 3TV that the truck failed to slow down and collided into traffic.

It then became "separated from the truck tractor, crossed over the concrete barrier median wall into the westbound lanes" before it "came to rest" on it's side.

Nine people were rushed to hospital, where six of them had critical injuries and three had non-life-threatening injuries.

Unfortunately, four people died. It is not clear if they were taken to hospital or pronounced dead on the scene.

An investigation into the crash is ongoing to determine the cause of the accident.