A Sydney businessman due to stand trial over his alleged involvement in one of Australia’s biggest drug importations is back behind bars after his bail was revoked because he posed an unacceptable flight risk now that international borders are open.

Savas Guven, 41, a property developer from Mosman, is accused of playing a pivotal role in two drug importations in 2013-14. 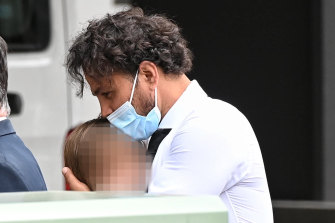 Savas Guven pictured during a break in proceedings outside Parramatta District Court on Friday before he was returned to custody for posing an unacceptable flight risk.Credit:Nick Moir

He secured bail in February while borders were closed after successfully arguing he was unable to prepare in jail for a trial that was due to begin in June. He posted more than $7 million in surety.

The Herald can also reveal that Mr Guven pleaded guilty while on bail in June to his involvement in a 2013 conspiracy to import a commercial quantity of ecstasy.

Prosecutors told Judge Tanya Smith in Parramatta District Court on Friday that Mr Guven’s guilty plea will be revealed to the jury in his upcoming trial for a later importation in 2014 that police say is one of the biggest in Australia’s history, comprising 1.9 tonnes of ecstasy and 878 kilograms of methamphetamines.

Following his guilty plea in June and the delay of his trial that month due to COVID-19 restrictions, prosecutors applied in September to have Mr Guven’s bail revoked ahead of a government announcement that international borders would reopen in November.

But a non-publication order was slapped on details of his pending trial.

On Friday, the court heard that Mr Guven, a Turkish citizen, had applied for an international COVID-19 vaccination certificate.

The court heard Mr Guven breached bail in May when he met with co-accused Frank Farrugia at Mr Farrugia’s Erina Heights home after a day in court when Mr Farrugia’s involvement as a potential co-accused had been discussed. 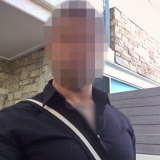 Frank Samuel Farrugia has been charged over his involvement in the syndicate.

Mr Farrugia has been charged with drug supply, knowingly dealing with proceeds of crime and directing the activities of a criminal group. Mr Guven’s bail conditions included orders not to contact his co-accused.

In May, Mr Guven also attempted to visit Steven Elmir in jail, a prisoner in custody for an unrelated large drug importation matter. He was refused entry but later spoke with Mr Elmir via video link.

The decision to revoke his bail comes amid public scrutiny of accused drug importers being freed on bail while awaiting trial. Mostafa Baluch, a Sydney man accused of attempting to import cocaine into Australia, remains at large after cutting off his electronic ankle bracelet while on bail last month. 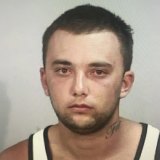 Steven Fawaz Elmir spoke with Savas Guven via AVL after Mr Guven tried to visit him in jail.

Judge Smith acknowledged concerns over the security of electronic monitoring of accused on bail combined with the recent opening of borders.

“[Mr Guven has] got his electronic monitoring, which I have to say, one only has to read the news to know that’s not always the answer in terms of avoiding flight,” Judge Smith said.

Prosecutors told the court on Friday Mr Guven now posed “a very considerable risk of flight” including a risk he would fail to appear at court proceedings or interfere with witnesses. He had been charged with drug importation offences “of the most grave kind”, prosecutors said, namely “very large amounts” of ecstasy and methamphetamine. 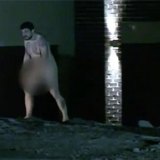 Erkan Keskin, who earned the nickname the “naked bikie” after a 2015 incident in Luddenham, is an associate of Savas Guven.Credit:Seven News

Prosecutors told the court the “strong” case against Mr Guven included allegations of using false identities, such as false passports and driver’s licences, which needed to be considered when assessing his flight risk.

“The syndicate had substantial international links in relation to drug crime and money laundering,” the Crown alleged.

“The Crown case is that the accused occupied a senior level within this syndicate and was managing and directing its activities and those of other syndicate members.

“His profits from doing so can be measured in millions of dollars. The accused has ready access to sufficient funds to flee the jurisdiction.”

The court heard Mr Guven had links to the Lone Wolf outlaw motorcycle club gang and was an associate of Erkan Keskin, a former national president of the Lone Wolf organisation, who had also fled Australia. 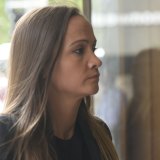 Two other key members of the syndicate, Benjamin Neil Pitt and Matthew John Battah, fled Australia in 2015 and were only extradited in September.

Counsel for Mr Guven told the court the businessman should be allowed to remain on bail to deal with other court matters, and to deal with a looming Family Court matter, not yet filed in court.

The court heard the Family Court matter between Mr Guven and his wife Jade would focus only on property matters and the couple’s relationship had not dissolved.

The court heard the Guvens’ complicated financial affairs included some 25 either jointly, separately or independently related entities between them, in addition to eight trust structures, 13 purchases of properties from various entities and eight property sales.

Four of the men named on Mr Guven’s indictment – Rene Arancibia, Akuila Bisasa, Jason Drollet and Joshua Hamlin – have been jailed over their involvement in the syndicate to import border-controlled drugs.

Another man named on the indictment, Philip Ian Bishop, worked at Chess Hanley Removals in Blacktown where the drugs were accessed after arriving in Australia. He is alleged to be a criminal associate of the syndicate but has not been charged over the 2013 importation. He has been found not guilty by a jury of involvement in the 2014 importation.

In revoking Mr Guven’s bail, Judge Smith said the reopening of borders “has caused me some concern”.

She added that “it is clear that substantial profits must have been made by the accused” and “this raises potential issues of illicit funds offshore”.

Judge Smith ordered some details of the bail hearing remain the subject of an interim suppression order that will be determined in coming weeks.

Mr Guven was taken into custody.