Ministers will unveil plans ‘within weeks’ for the UK to join trans-Pacific trading club including Australia, Canada and Japan

Ms Truss hailed a step towards accession to the club – which includes Australia, Canada and Japan – after the members gave the go-ahead for negotiations to start.

The government is pushing to forge a new ‘Global Britain’ after the Brexit transition period ended this year. 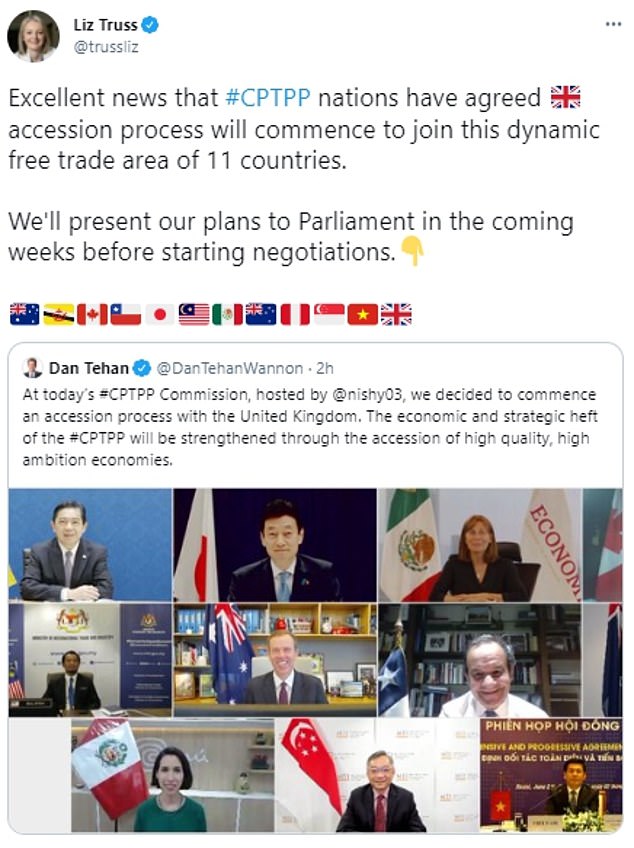 Intensive work has been going on over bilateral trade deals with Australia and Canada, while a pact with Japan came into effect in January.

But joining the Comprehensive and Progressive Trans-Pacific Partnership (CPTPP), which has a combined GDP of more than £13trillion, could offer significant new markets for British firms.

The UK would be the second biggest economy in the partnership after Japan.

‘We’ll present our plans to Parliament in the coming weeks before starting negotiations.’

The group was launched in 2018, after Donald Trump dropped out of the planned Trans-Pacific Partnership (TPP) saying the terms were not good for the US. 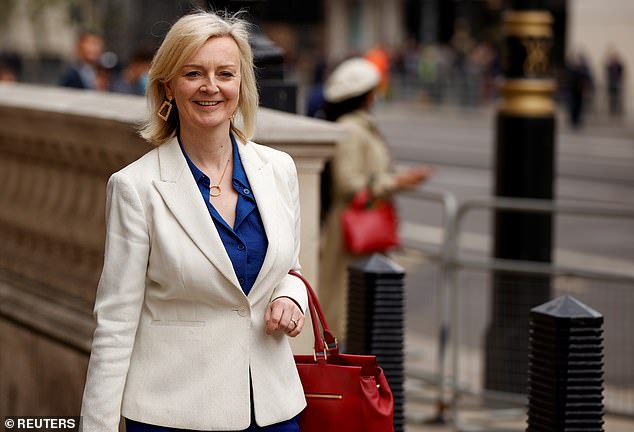 Ms Truss (pictured in Westminster last month) hailed a step towards accession to the club – which includes Australia, Canada and Japan – after the members gave the go-ahead for negotiations to start