Officers are concerned for the welfare of a 12-year-old schoolgirl who has been reported missing.

Police said Idalia Dziatkowiak was last seen wearing her school uniform in the Westcotes area of Leicestershire at around 10am today.

Officers are appealing to members of the public for help in finding the youngster.

A spokesman for Leicestershire Police told MailOnline this afternoon ‘Idalia remains missing at this time and enquiries to locate her are continuing’. 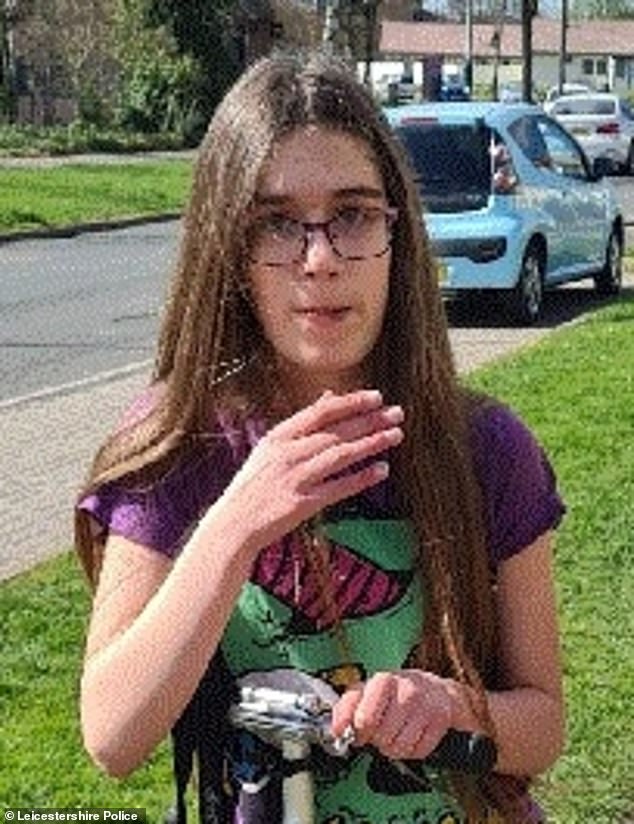 The force added: ‘Officers are currently searching for a 12-year-old girl reported missing – and are appealing for public help to find her.

‘Idalia Dziatkowiak was last seen in the area of King Richard III Road in Leicester at around 10am today (Tuesday 5 October).’

Officers described her as 5ft, of a slim build and said she has very long brown hair.

A spokesman added: ‘She is wearing her school uniform, which consists of a navy blazer, white shirt, grey trousers and a navy tie. She is also carrying her school bag.

‘Officers are concerned for Idalia’s welfare and are asking anyone who has seen her, or knows of her whereabouts, to call 101 quoting incident 153 of 5 October.’