Darren Booth, 40, told a misconduct hearing he denied ever asking the woman, known as Miss A, for sex and that he met up with her after his shift ‘for legitimate policing reasons’.

Giving evidence today, Booth said Miss A had told him she had information for him about counterfeit cigarette operations in Castleford, West Yorkshire.

He told the panel he now believed Miss A and her friend had ‘set me up to get me into trouble’.

Miss A, 36, alleges that Booth had propositioned her when he was called to deal with anti-social behaviour among her group of street drinkers in Castleford on March 7 last year. 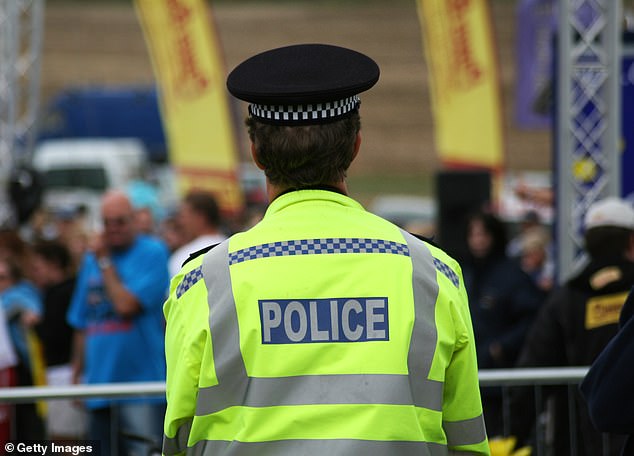 Darren Booth, 40, told a hearing he denied ever asking the woman, known as Miss A, for sex and that he met up with her after his shift ‘for legitimate policing reasons’. Pictured: Stock image

She has told the hearing how she was so shocked by the officer’s suggestions that she arranged to meet him later but tipped off his colleagues at West Yorkshire Police.

Booth told the panel that he agreed to go to the flat where Miss A was staying, in nearby Glasshoughton, because she said she did not want to tell him what she knew while he was in uniform with others around.

The policeman said he felt ‘shocked’ when two officers arrived at the flat following Miss A”s tip-off, adding: ‘Why were the police there? Were they on a drugs raid?’

He said: ‘I didn’t know what was happening.’

Claire Watson, for West Yorkshire Police professional standards department, then asked Booth why he said nothing and did not explain himself to the officers.

The policeman replied: ‘It just looks bad that an officer is in a room with two known criminals. I understand that.

‘But I was there for legitimate reasons. At that moment, everything was going through my head.’

Booth said that a sergeant there advised him not to say anything. 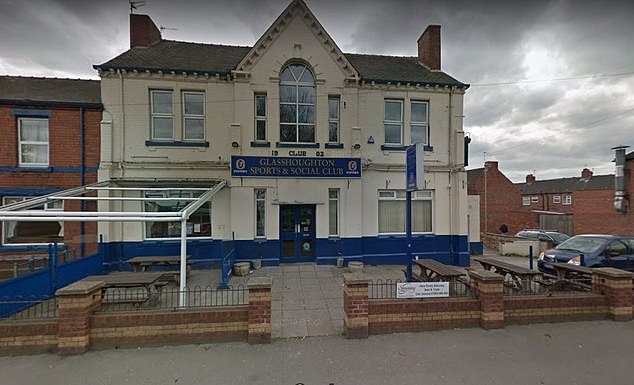 Miss A previously described how she met Booth in a club car park before going to the flat in Glasshoughton she shared with Miss B. Pictured: Glasshoughton Working Men’s Club 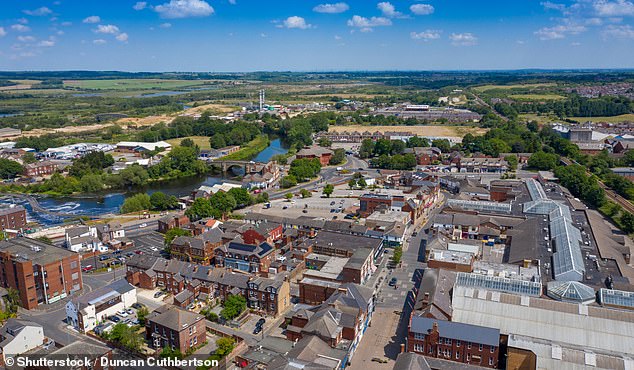 Giving evidence today, Booth said Miss A had told him she had information for him about counterfeit cigarette operations in Castleford (file image), West Yorkshire

When Ms Watson asked him whether he was in the flat to pursue a sexual relationship with Miss A, he said: ‘That’s not correct. I was there to get some information.’

The officer told the panel that, with hindsight, he was ‘stupid’ to go to the flat and said it was ‘the biggest mistake of my life’.

He told the hearing he was being selfish going without telling supervisors or making any record because he wanted to be the ‘golden boy’, bringing in important intelligence.

Miss A told the hearing on Monday that Booth began flirting with her in the town centre before saying he wanted to ‘meet up on a regular basis to have sex’.

She said the officer then told her ‘and if you could get someone else involved it would be even better’, before arranging to meet her after his shift finished at 11pm.

Miss A described how she met Booth in a club car park before going to the flat.

Booth denies all the accusations against him.

The panel heard how he is married with children and has been a police officer for nine years and was a police community support officer for five years before that.

The hearing is being held at a police station in Wakefield with a video link for press and public at another station, seven miles away in Normanton.

END_OF_DOCUMENT_TOKEN_TO_BE_REPLACED

END_OF_DOCUMENT_TOKEN_TO_BE_REPLACED
Recent Posts
We and our partners use cookies on this site to improve our service, perform analytics, personalize advertising, measure advertising performance, and remember website preferences.Ok