Pope Francis greeted his first crowd in Vatican City for six months as he made an address amid the coronavirus pandemic. The audience, at which the Pope announced a day of prayer and fasting for Lebanon, was held in the San Damaso courtyard of the Vatican’s Apostolic Palace. The event represents a first step towards normality in the Vatican, where the Pope has grown a reputation for intimate exchanges with visitors. While popular, Francis has endured years of division within the Catholic Church, something which one expert warns could lead to an irreparable split.

Supporters of Francis’ predecessor, Pope Benedict XVI, have been critical in recent years as factional feuds plague the Vatican.

Journalist and historian John Cornwell highlighted this in an essay analysing the politics of the Catholic Church.

He even quoted an unnamed member of the Vatican bureaucracy claiming that Francis’ papacy is “unravelling”.

While Benedict has aimed to dismiss any suggestion of division, Mr Cornwell claims division has persisted nonetheless.

He said: “What makes this prospect of a division within the Church more severe, and far riskier, than the usual bickering is the presence of two Popes, both resident in the Vatican, each with his own loyal and vociferous following. 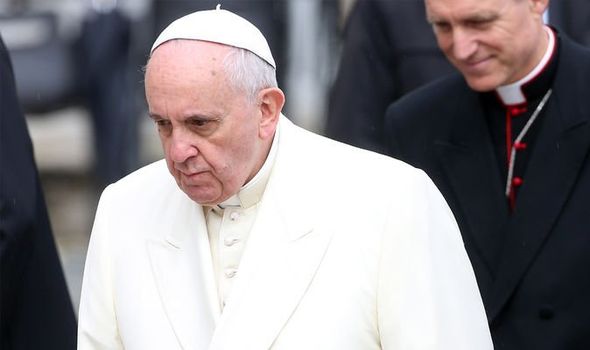 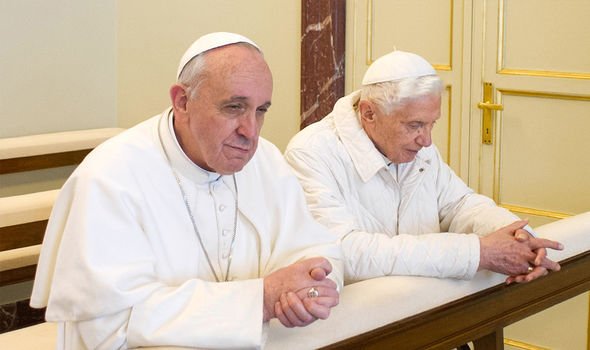 “The liberals have Francis, but the conservatives have his predecessor, Benedict XVI. If Francis is the living, reigning Pope, Benedict is his shadow, the undead Pope emeritus.”

When Benedict resigned from his post in 2013, he didn’t leave Vatican City as many expected.

He stayed put, still accepting the title “His Holiness”, and this has offered “encouragement” to Francis’ critics, Mr Cornwell says in his piece for Vanity Fair.

This has included opposition from right-wing politicians in Italy too, like Matteo Salvini, who has cut a controversial figure with his politics. 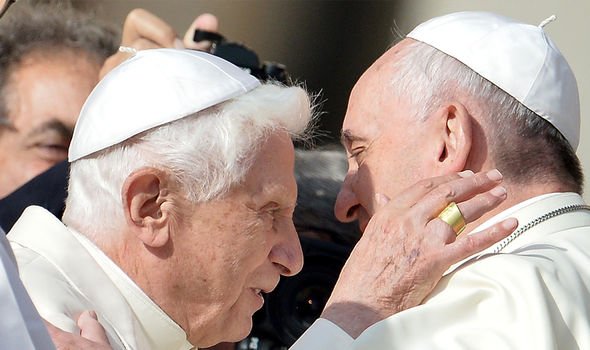 Francis has made caring for migrants a hallmark of his papacy, traveling to the Sicilian island of Lampedusa in 2013 in his first trip as Pope to comfort would-be refugees who survived shipwrecks and smugglers to reach Europe.

He brought 12 Syrians home with him when he visited a refugee camp in Lesbos, Greece, three years later, and he has turned over Vatican apartments to house new arrivals to Italy.

In stark contrast, Salvini used his powers as Interior Minister to ban boats carrying refugees from docking on Italian ports. 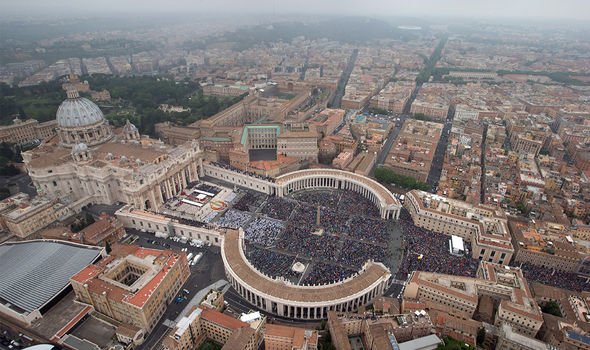 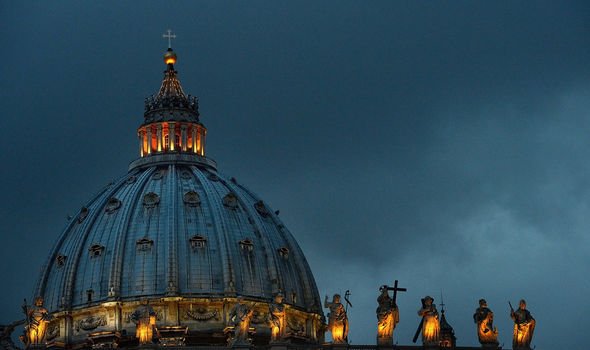 One tweet from Salvini’s account, in May 2016, said: “The Pope says migrants are not a danger. Whatever!” and he was also pictured in 2016 holding a shirt saying “Benedict is my pope.”

Within the Catholic Church, Benedict even appeared to criticise his successor in an essay.

Benedict requested that his name be taken off a book about priestly celibacy just one day before it was due to be published, after the text was seen as a direct criticism of Pope Francis.

The book titled ‘From the Depths of Our Hearts’ included an essay written by Benedict, and he was therefore listed as a co-author of the book which opposed Francis’ policy.

Benedict’s personal secretary said: “The pope emeritus knew that the cardinal was preparing a book and he sent him a text on the priesthood, authorising him to use it as he wanted.

“But he did not approve a project for a co-authored book and he had not seen or authorised the cover. It is a misunderstanding that does not raise questions about Cardinal Sarah’s [co-author of the book] good faith.”

END_OF_DOCUMENT_TOKEN_TO_BE_REPLACED

END_OF_DOCUMENT_TOKEN_TO_BE_REPLACED
Recent Posts
We and our partners use cookies on this site to improve our service, perform analytics, personalize advertising, measure advertising performance, and remember website preferences.Ok