Home » Porsche worth £100,000 is spray painted with 'April Fool' and has its tyres slashed in celeb haunt Primrose Hill

Porsche worth £100,000 is spray painted with 'April Fool' and has its tyres slashed in celeb haunt Primrose Hill

A PRICEY Porsche was last night vandalised in a belated April Fools 'joke' in a celeb haunt in London.

The supercar worth £100,000 was spray painted with the words “April fool” and had its tyres slashed near Primrose Hill at around 1.30am. 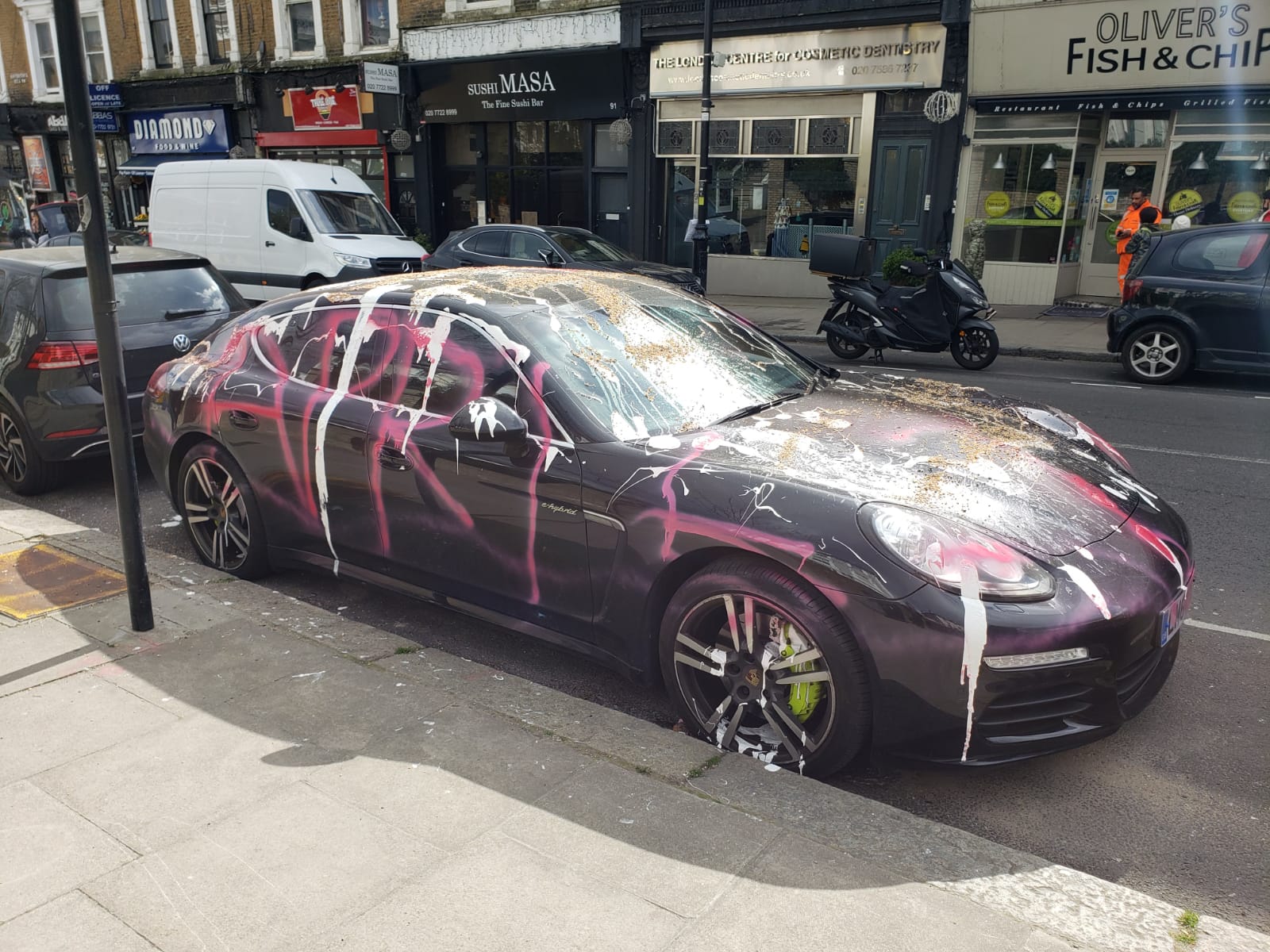 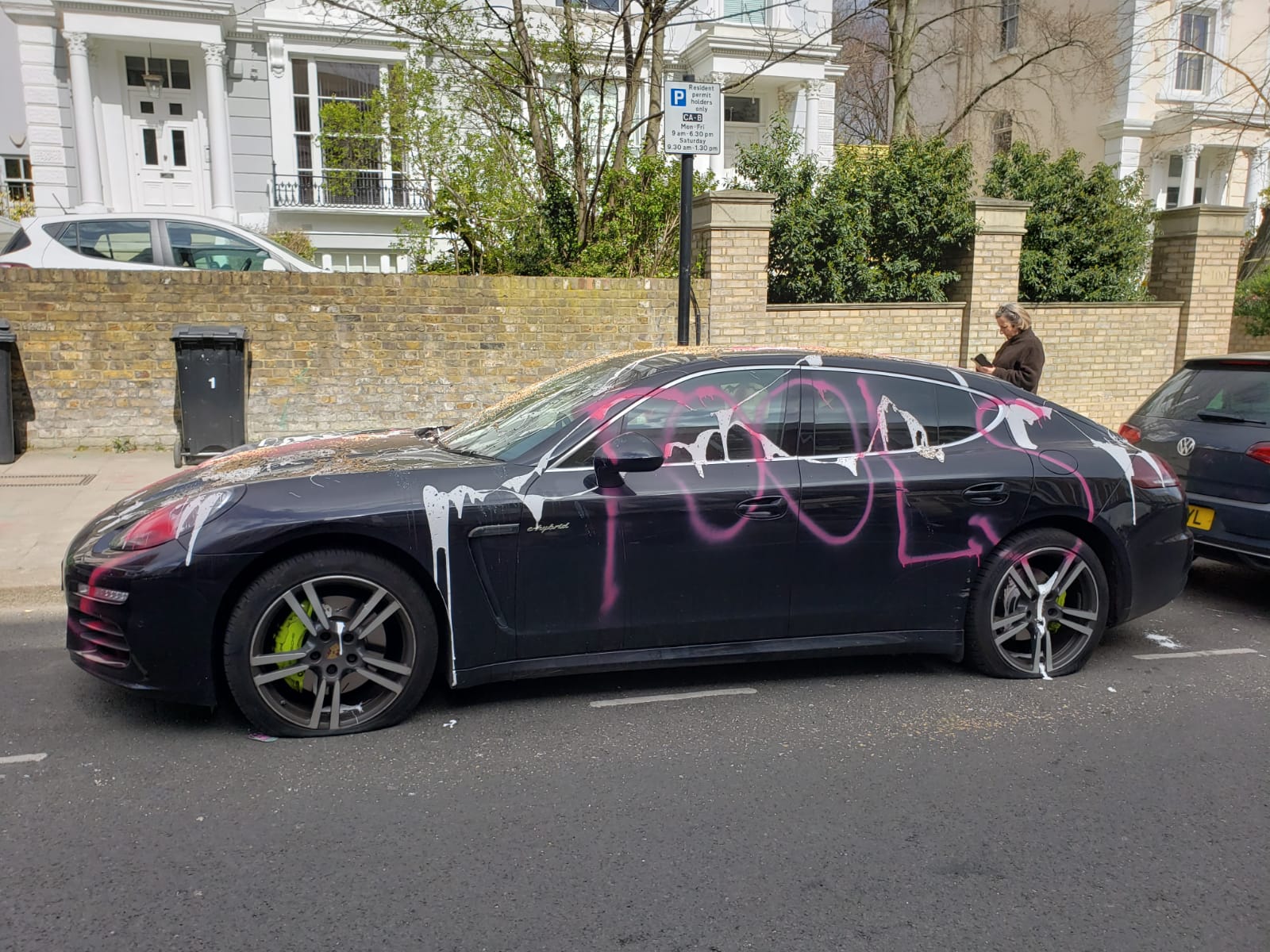 The words were sprayed on the Panamera S with a red paint over the tinted windows on either side of the car.

The rest of the body, the rims and the roof of the five door hatchback were splashed with white paint.

Paint was seen dripping out of the exhaust while a saw-dust like material had been poured across the top of the 2014 hybrid.

All four tyres – which cost roughly £400 to replace – had been slashed. 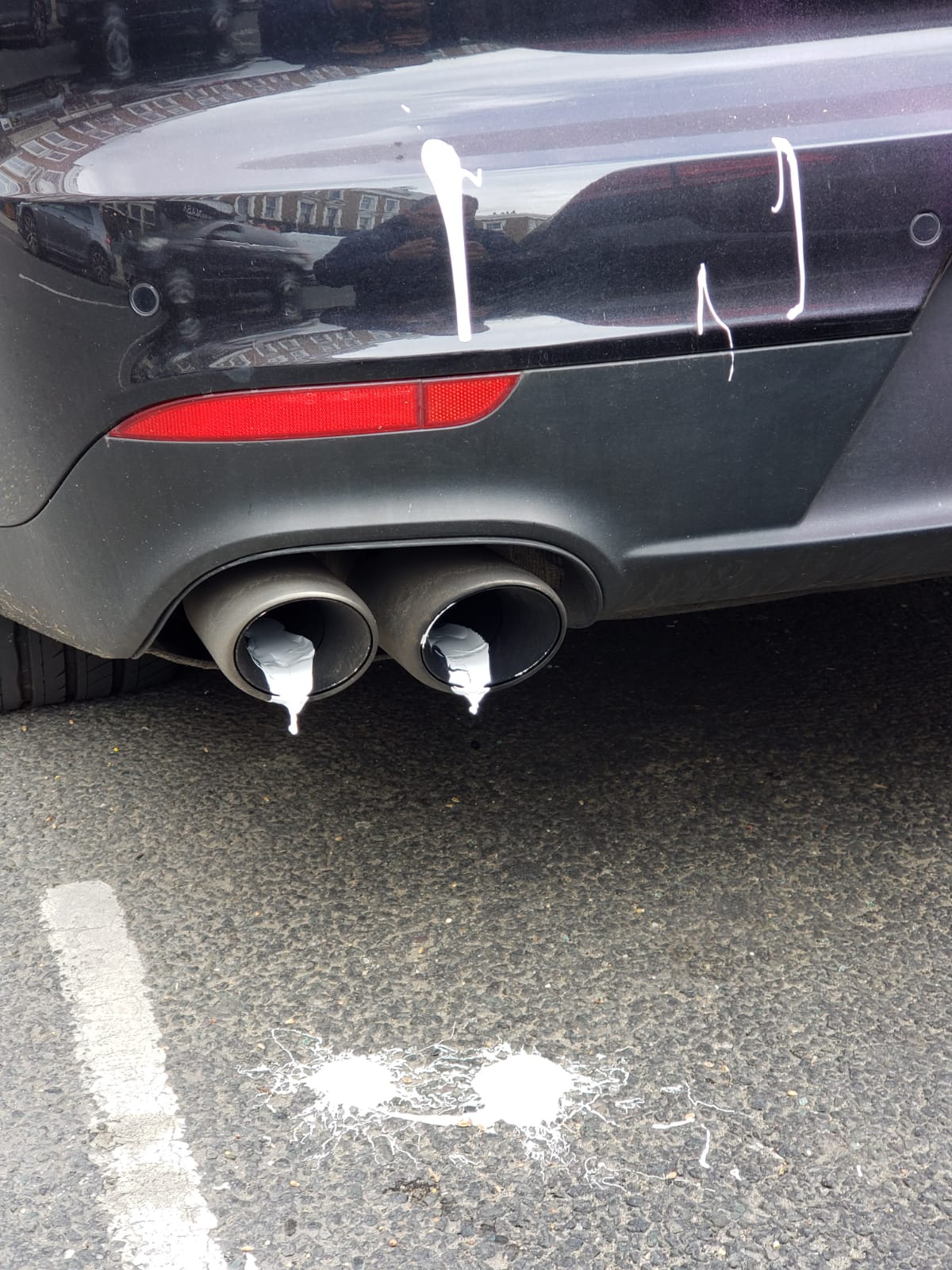 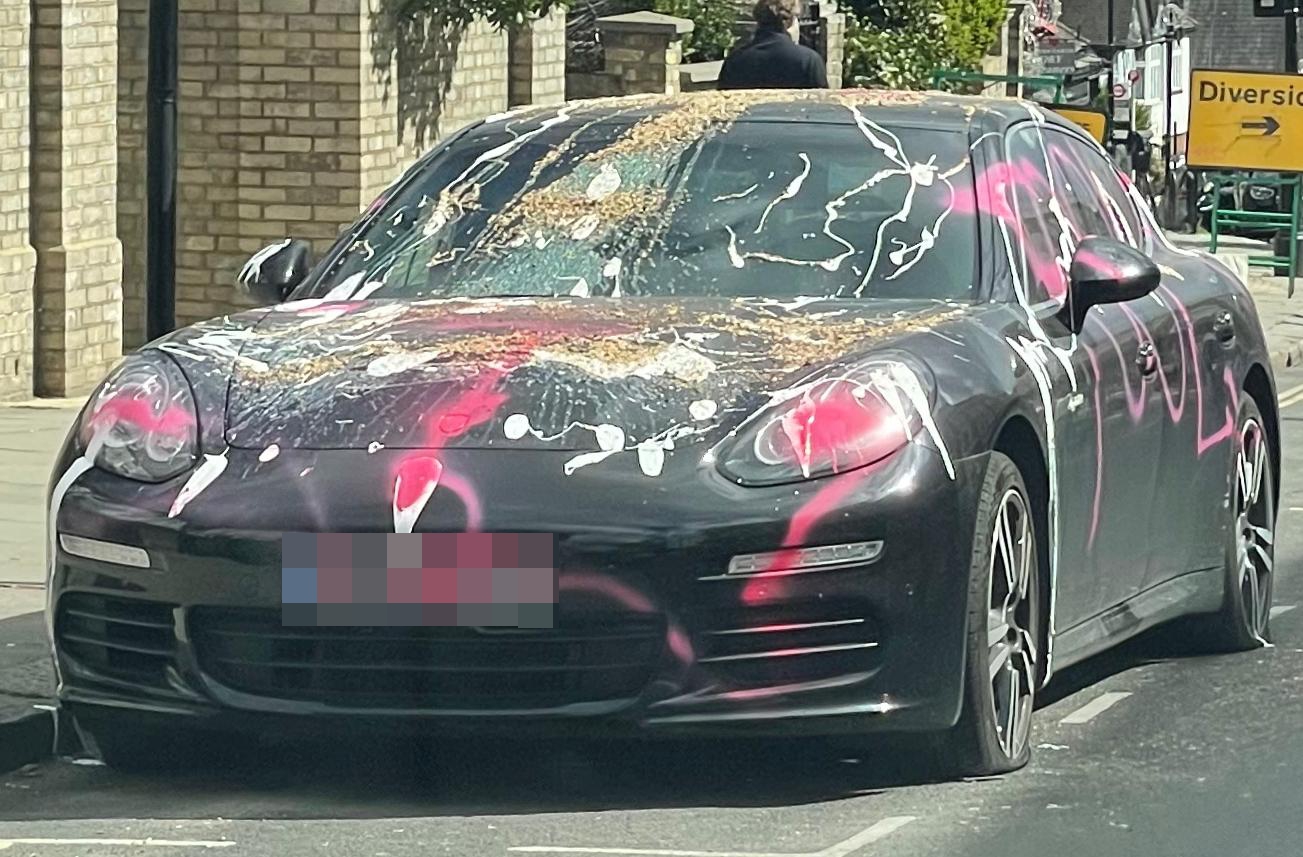 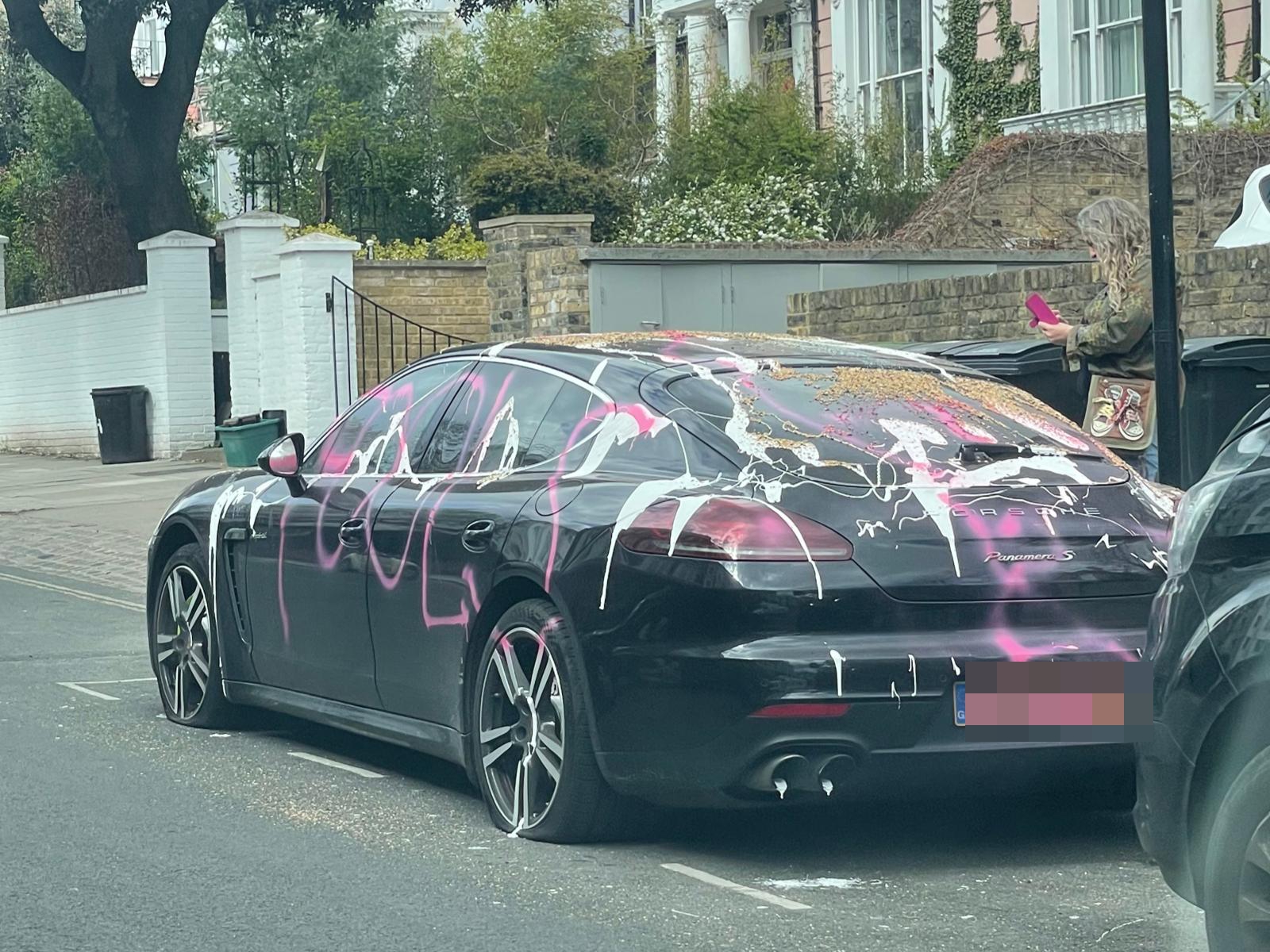 It's not clear why the car on Haverstock Hill road was targeted.

The area is known to attract movie stars, models and celebrities.

Now hot young celebs such as Matt Smith, James Norton and Lily James have made it their stomping ground.

The Panamera Sport Turismo is one of the fastest estates in the world with V8 engine and electric motor combining for 670bhp – more than a Ferrari 488.

In 2019, a Porsche of the same model was also hit by spray painting hooligans in London.

The car owned by businessman Abdul Ilyas was spray painted with the phrase "f**k you show off".

The bright blue Porsche Panamera, worth around £80,000, also had "take off da rich give to da poor" painted on its bonnet.