A RANDY couple were caught romping against the back door of a pub – next to the town's "Welcome" sign.

Boozers cheered after spotting the pair in a late night steamy clinch at The Corner House in New Stevenston, Lanarkshire. 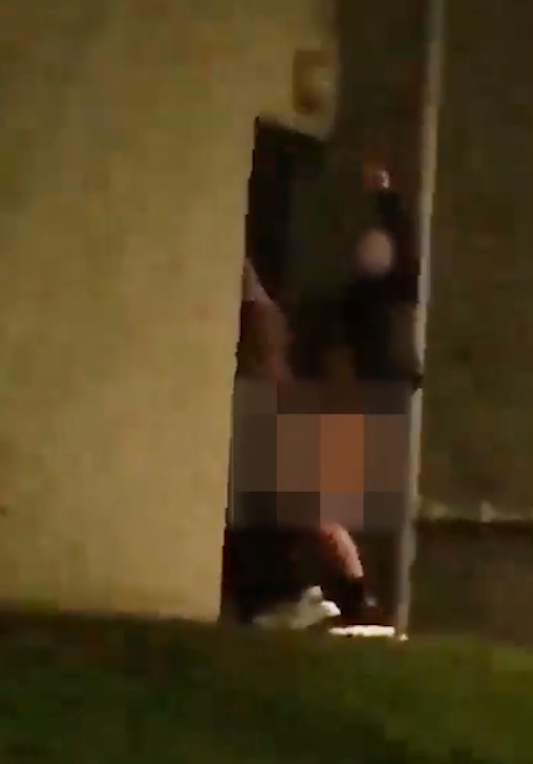 Locals filmed the shocking incident as they approached a roundabout in the centre of the village.

Someone behind the camera can be heard saying: "They're no' kids. That's not good."

The couple can then be seen in a passionate embrace against a door – in full view of the junction.

Loud cheers erupt from the onlookers while the man, without missing a beat, raises his arm and punches the air, seemingly in celebration.

The punters in the car burst out laughing and one shouts "f***ing yaaas" as the semi-nude couple continue their wild public romp.

The man then stops fist-pumping and turns his full attention to his partner, who is facing away against the door throughout.

Someone behind the camera says again: "That's not good, man," and the car begins to pull away from the junction.

It follows a similar incident earlier this month when a cheating couple were spotted having sex on a pile of logs at a Scots beauty spot.

Milan Spodniak, 41, and Ewelina Sroczyk, 37, were caught in the act as they romped next to a public footpath at Greenlawdean Farm, Berwickshire.

The off-duty officers – two men and a woman – were reportedly caught on camera at a property in Campbeltown, Argyll, in November.

Rachel McIntyre and Josh Duncan, both 32, shared footage of them laughing and having sex against a headstone.

But Rachel, who shares adult content on OnlyFans, said: "We don’t see it as disrespectful. It happens all the time in the graveyard — it’s just most people don’t film it." 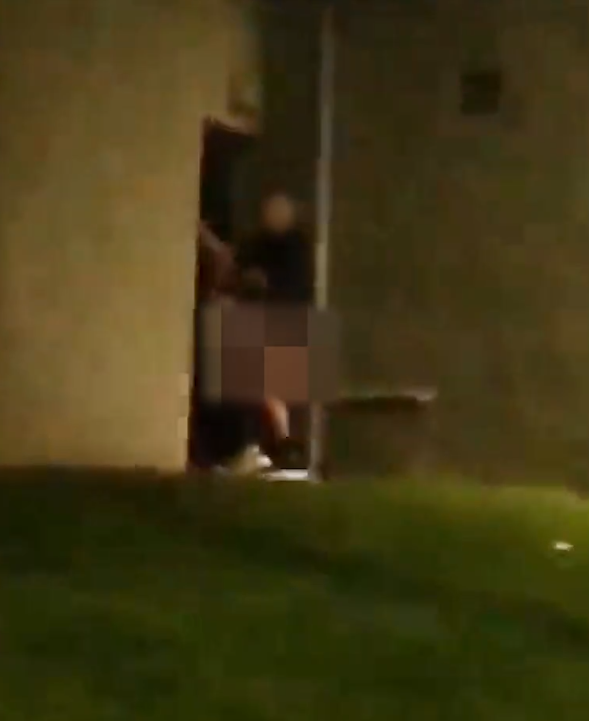