Former AFL player agent Ricky Nixon will have to fork out hundreds of dollars to cover legal fees for a bayside council after pleading guilty at the 11th hour to a string of new unpaid parking fines.

Mr Nixon, who failed to front Melbourne Magistrates Court for his hearing on Thursday, initially intended to fight the three parking fines, telling a previous hearing he believed his health “ambulance” was exempt during the pandemic. 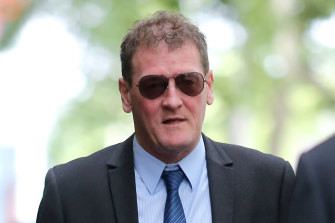 During his latest parking fine prosecution on Thursday, the court heard Mr Nixon’s 2012 Mercedes-Benz panel van – which is branded a “Vital Health Checks” vehicle – was slapped with infringement notices on December 16, 2020, and January 22 and 29 in 2021.

Lawyer for the City of Port Phillip, Basil Stafford – who appeared via video link sporting towering grey lockdown hair – said the City received correspondence from Mr Nixon about 12.30pm on Thursday, 1½ hours before the hearing, that he wished to plead guilty and “take responsibility” for the fines.

“I appear for Port Phillip city council in this matter, with my COVID haircut,” Mr Stafford said. 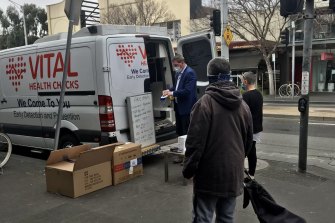 According to its website, Vital Health Checks, which Mr Nixon fronts, uses the Mercedes-Benz vans to conduct on-the-spot health-risk assessments, including skin checks and flu vaccinations. It is regularly seen parked in the Port Melbourne area, near where the former player agent lives.

Mr Johnstone also took the opportunity to warn others that if they intended to contest charges, then changed their pleas at the last minute, they may also incur costs. 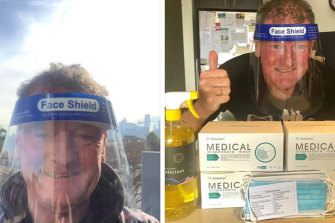 It’s all very well if you win, but if you lose and the other side is legally represented, then it can have cost consequences.”

“There’s been some preparation work done as well as [Mr Stafford’s] appearance for the contested hearing … they weren’t notified of the change of plea until the last minute.”

It’s not the first time Mr Nixon has faced court this year on parking related matters.

In June, he faced Melbourne Magistrates Court via an online hearing after being fined four times for parking near popular shopping strips in Port Melbourne and South Melbourne between January and June, 2020.

During that hearing, Mr Nixon told the magistrate he thought his health “ambulance” was exempt from prosecution as he travelled around selling and distributing PPE as part of a private mobile health business.

Nixon could not be contacted after Thursday’s hearing.

Get a daily update on the climate summit that will shape our future. Sign up to our Clear Air newsletter here.