This is the terrifying moment a man pulls a gun on a shopkeeper and attempts to hit him with it.

The incident was captured on CCTV inside a shop, in Cannon Street, London, shortly after 11pm on Tuesday, November 9.

It shows a man entering, before pulling a gun from his jacket and threatening the shopkeeper, who in turn screams out and attempts to fight him off by throwing a case full of chocolates at him.

Dressed in dark clothing and wearing a facemask, the man is seen walking into the shop and saying to the man behind the till: ‘hello, my friend, have you got a black bag’.

The shopkeeper asks the man to repeat himself before pointing towards the back of the shop.

At that moment, the man pulls what appears to be a gun from his jacket and attempts to hit the shopkeeper on the head with it. 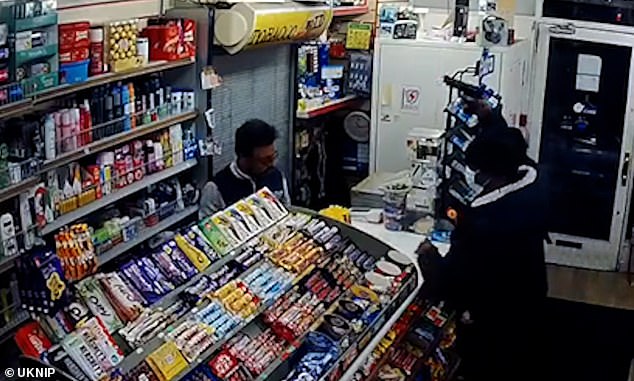 A man was seen threatening a shopkeeper with a gun inside a shop in Cannon Street, London shortly after 11pm on Tuesday 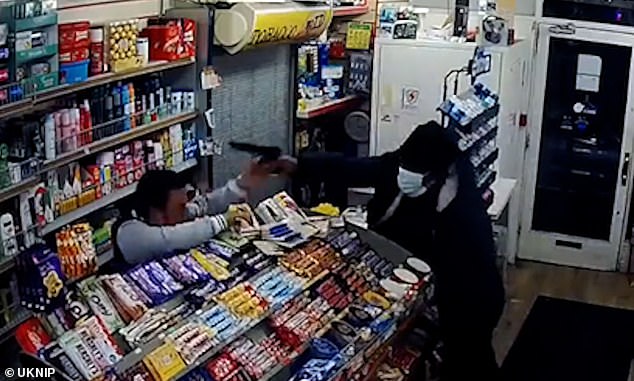 After pulling the gun from his jacket, the man swings it at the shopkeeper on a number of occasions

The member of staff lets out a scream and attempts to block the armed man with a display case full of chocolates located next to the till.

Throughout the struggle, the man continues swinging the gun towards the shopkeeper, who himself carries on screaming out.

Towards the end of the 14-second clip, the man is seen walking towards the door, before the footage ends. 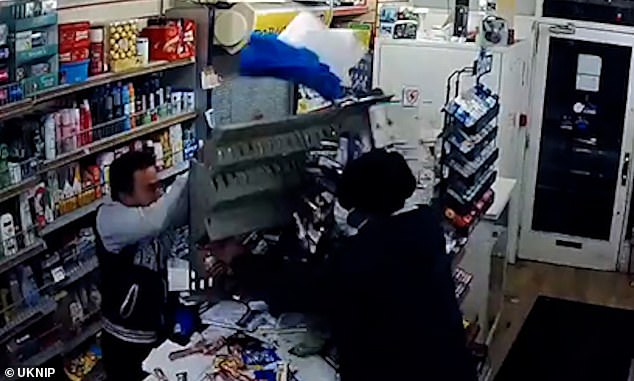