A MOURNER who was reportedly in Washington, DC, for the funeral of President Donald Trump’s brother on Friday allegedly punched a restaurant worker hours after services were held at the White House. 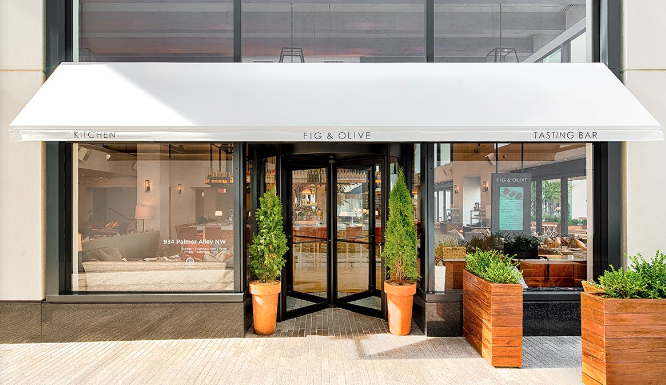 Bennett tweeted, “I got a tip that someone in town for Robert Trump's White House funeral punched a server.”

The reporter said he called the restaurant and that an employee told him, “Somebody blindsided one of my servers. Clocked him right in the nose.”

The employee said his server’s nose was “crooked” and, “pretty sure the guy broke it.”

The group “didn’t apologize” and just said, “You don’t know how to speak to people,” the employee said.

Some members of the “unruly” group at the restaurant were still carrying out funeral programs and responded with aggression when the restaurant stated it could not accommodate the large party, Bennett wrote.

Neither police nor security officials responded, according to the employee, who said he thought security at the City Center would be handling it with cops.

No "high-profile" Trump family member was involved, according to the employee.

A representative for Fig & Olive could not confirm if the group had come from Robert Trump’s funeral when approached by The Sun on Saturday afternoon, but said they came from a funeral during the day. 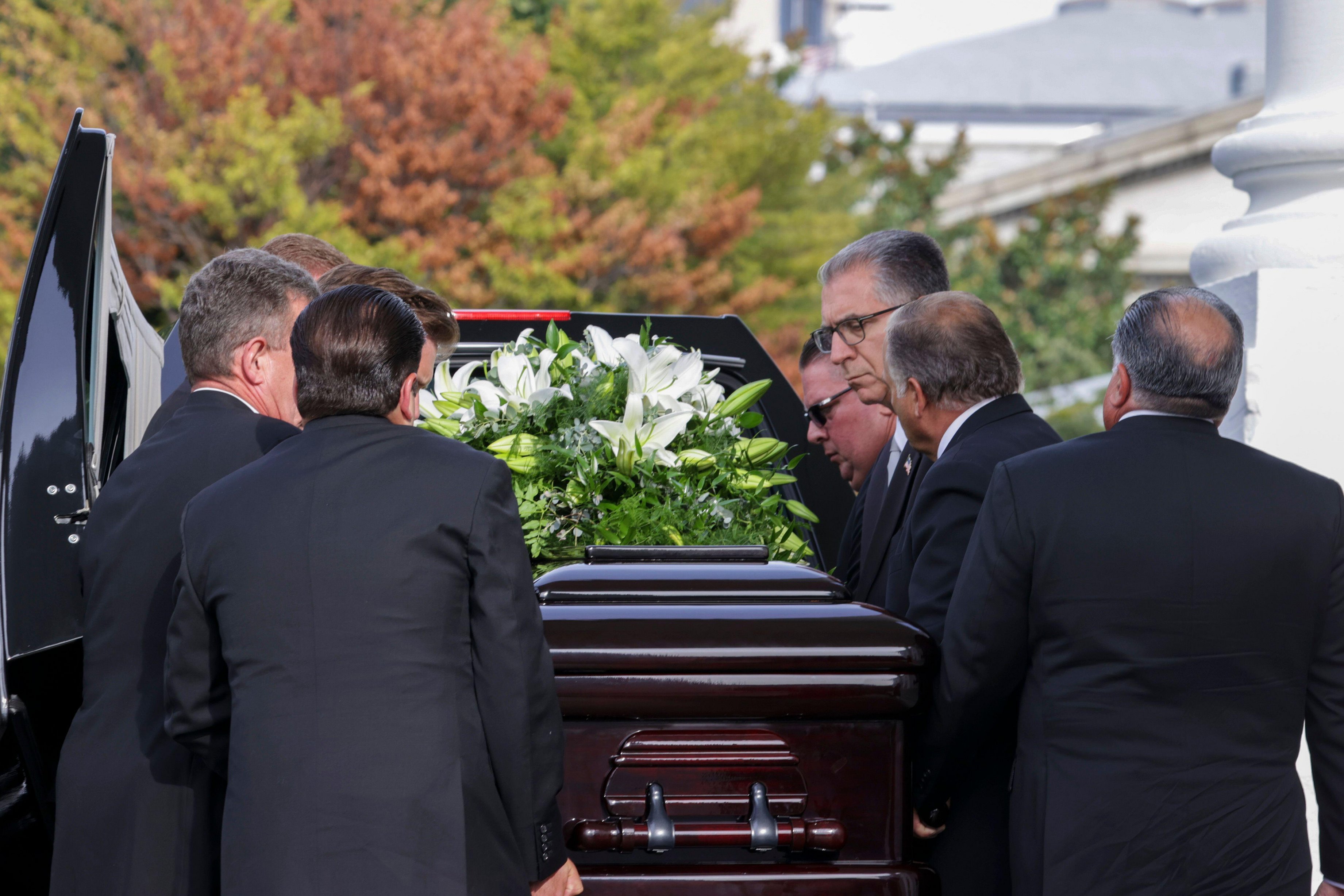 Asked if anyone in the party was recognized as part of the Trump family, the restaurant representative said, “No, no, no.”

A member of the party called to make a reservation for 20 people, which the representative said would not be possible and offered to accommodate up to 14 people in smaller, separate bookings online.

But the party of about two dozen arrived anyway between 8:30 and 9pm and congregated in the center courtyard, where an argument broke out and someone “came out of nowhere” and punched a male server.

“I can’t confirm that [his nose was] broken but he was bleeding severely and his nose was cracked pretty badly. It was hard to tell as it was swelling pretty badly,” the representative said. 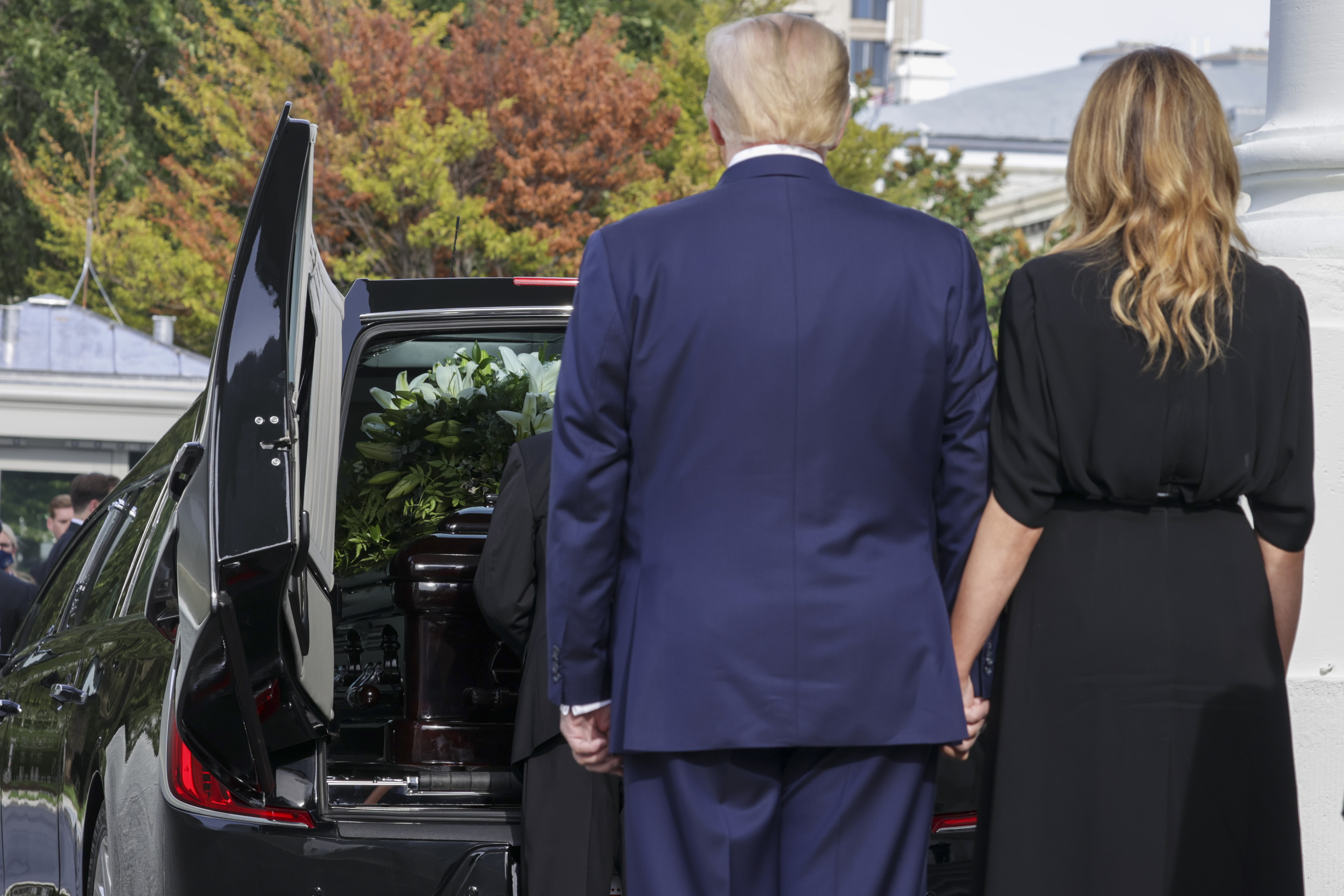 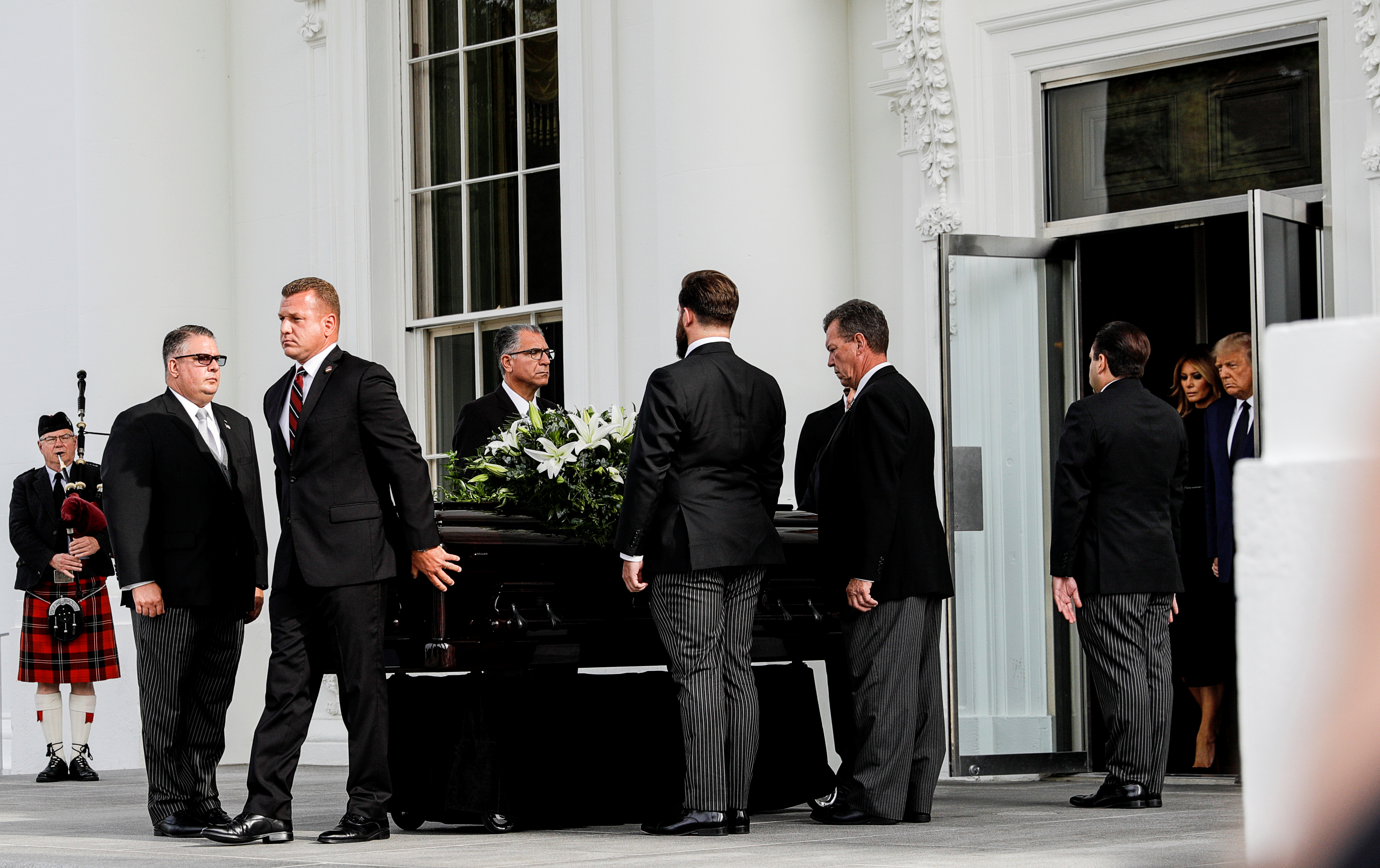 “Certainly whether they came from a funeral or not, the attitude for anybody to be punched is unacceptable.”

No one in the group was seated or billed.

The Trump family was expecting several dozen guests at the White House for the funeral, an unnamed White House source told CNN.

The funeral service for Robert Trump, 71, at the White House was the first held there since President John F Kennedy was assassinated in 1963.

Robert Trump was the first deceased private citizen to be brought to the White House since 1936 when President Franklin Delano Roosevelt held a state funeral for his adviser Louis Howe in the East Room.

Robert Trump died last Saturday at a hospital in New York, after reportedly battling an unspecified illness for several months.

END_OF_DOCUMENT_TOKEN_TO_BE_REPLACED

END_OF_DOCUMENT_TOKEN_TO_BE_REPLACED
Recent Posts
We and our partners use cookies on this site to improve our service, perform analytics, personalize advertising, measure advertising performance, and remember website preferences.Ok