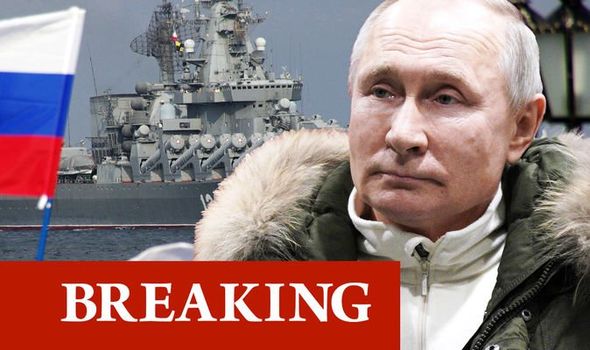 The drills come at a time of high tension over Ukraine, with US officials voicing concerns about a possible Russian attack on its southern neighbour, a suggestion the Kremlin has dismissed as false. Russia’s Black Sea Fleet is based in Crimea, which Moscow annexed from Ukraine in 2014. Kiev wants Russia to hand it back.

Russia’s move comes against a backdrop of increasing tensions in the region, with the US sharing intelligence with Western allies suggesting a build-up of Russian troops along the Ukrainian border, sparking fears about a full-scale invasion.

Speaking on Friday, NATO Secretary-General Jens Stoltenberg said the alliance was monitoring what he called “large and unusual concentration of Russian forces” close to Ukraine’s border.

He added: “It is urgent that Russia shows transparency about this military build-up, de-escalates and reduces tensions.”

Kremlin spokesman Dmitry Peskov responded by warning “a provocation” in the area could not be ruled out given all the US rhetoric.

He said: “This hysteria is being artificially whipped up.

“We are being accused of some kind of unusual military activity on our territory by those who have brought in their armed forces from across the ocean.

“That is, the United States of America. It’s not really logical or polite.”