Samsung's profits soar by a QUARTER to $8billion in three months

Samsung’s profits have soared by more than 25 per cent in three months as working from home during the pandemic has driven demand for its technology.

The South Korean tech giant said their operating profits have soared to $8.23billion (9 trillion won) as a result of their fourth quarter successes which they announced on Friday.

The world’s biggest manufacturer of smartphones and memory chips said in an earnings estimate that it expected operating profit for October to December to have grown by $1.5billion on the previous year. 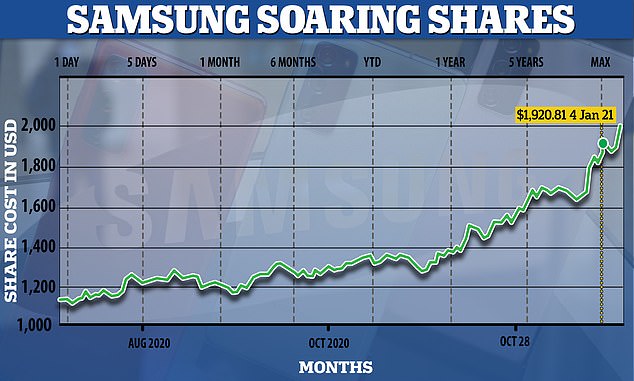 The prediction was slightly short of analyst forecasts of $8.5billion (9.34 trillion won), compiled by market researcher FnGuide, but Samsung shares jumped on the news, closing 7.12 per cent higher in Seoul.

The Covid pandemic has wreaked havoc with the world economy, but has also seen many tech companies boom.

And South Korea as a whole saw a return to quarter-on-quarter growth in Q3 last year, driven by a better-than-expected exports performance. 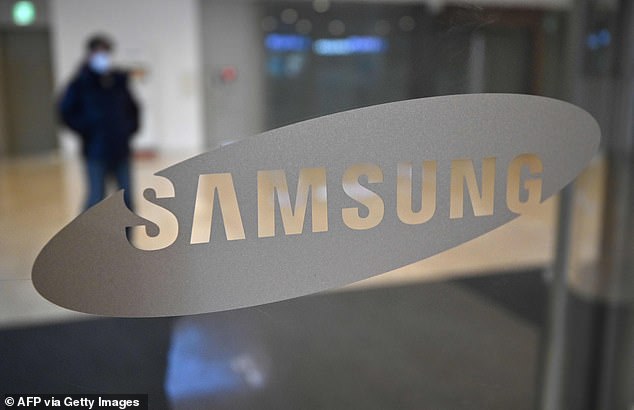 The Covid pandemic has wreaked havoc with the world economy, but has also seen many tech companies boom

Samsung Electronics is crucial to the country’s economic health – its overall turnover is equivalent to a fifth of the national gross domestic product.

It is the flagship subsidiary of the giant Samsung group, by far the largest of the family-controlled conglomerates known as chaebols that dominate business in the world’s 12th-largest economy.

Samsung’s operating profit and 61-trillion-won sales forecast were both lower than its third-quarter figures, when its mobile and chip businesses were boosted by US sanctions against Chinese tech giant Huawei.

Analysts say a stronger won, and rival Apple’s October launch of its flagship iPhone 12, were among the factors behind the quarter-on-quarter decline in profits.

‘Samsung’s midrange and value smartphones account for about 80 percent of its mobile sales,’ said Jusy Hong, a director at market researcher Omdia.

‘But Chinese firms – such as Xiaomi, Vivo and Oppo – have also been expanding their share in the midrange phone market, in regions including India and Southeast Asia.’ 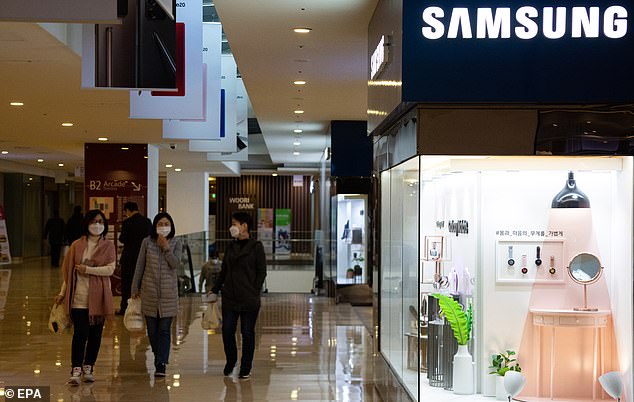 The South Korean tech giant said their operating profits have soared to $8.23billion (9 trillion won) as a result of their fourth quarter successes

Looking forward, analysts said the company’s outlook for 2021 was fairly stable, driven by continued demand for memory, and growth in the consumer electronics and chip-manufacturing businesses.

They also expected Samsung’s mobile business to improve, with the firm unveiling its latest lineup of flagship Galaxy phones next week.

Meanwhile, the global chip-manufacturing industry is expected to see record revenue this year, with the stay-at-home economy persisting because of the pandemic, according to Taipei-based market tracker TrendForce.

‘2021 will be a year for the growth of Samsung foundry (chip-manufacturing) business,’ Sujeong Lim, an analyst at market observer Counterpoint, told AFP.

‘Demand for semiconductors such as 5G, IoT (Internet of Things), and high-performance smartphones is exploding.’

The Q4 figures come about two months after the burial of late chairman Lee Kun-hee, who turned Samsung Electronics into a global powerhouse.

But his son, and the firm’s de facto leader, Lee Jae-yong, is awaiting the verdict in his retrial over a sprawling corruption scandal, which could see him return to prison.

The ruling is due later this month and a conviction could deprive the firm of its top decision-maker after prosecutors requested a nine-year jail term.

END_OF_DOCUMENT_TOKEN_TO_BE_REPLACED

END_OF_DOCUMENT_TOKEN_TO_BE_REPLACED
Recent Posts
We and our partners use cookies on this site to improve our service, perform analytics, personalize advertising, measure advertising performance, and remember website preferences.Ok