A primary school has issued a ‘polite’ plea to parents to be more ‘appropriately dressed’ when they drop off their children off at the gates.

Ayresome Primary School, located in the Gresham area of Middlesbrough, has seen a dramatic increase in the number of parents who appear to be wearing pyjamas and dressing gowns when dropping their children to and from school.

Despite the request from the school’s headteacher Charlotte Haylock, some parents chose to ignore the ban and were seen turning up at the gates in nightwear on Monday morning. 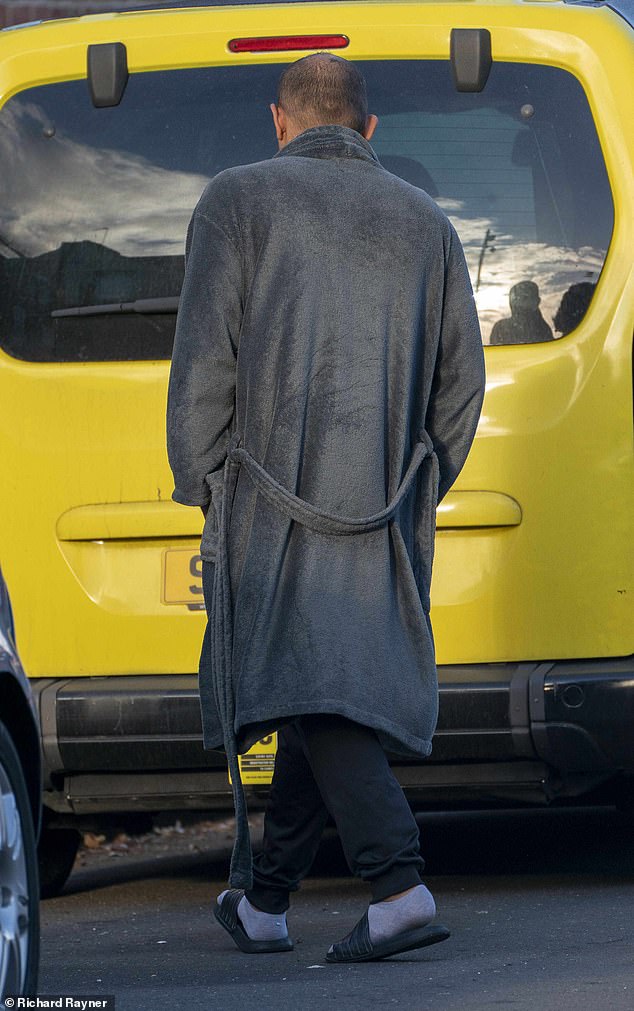 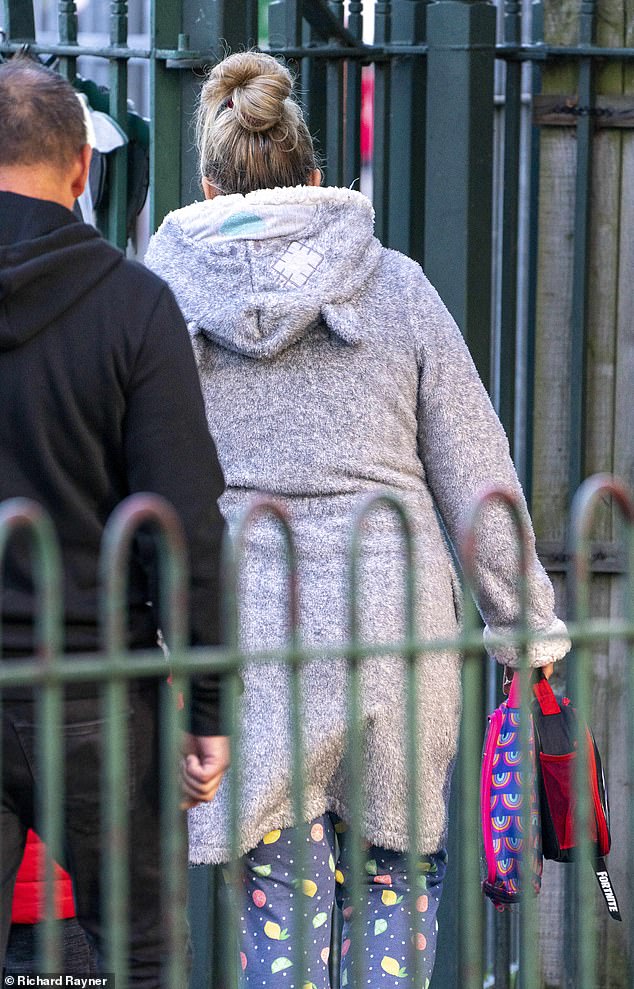 One mother who was spotted wearing a fleecy ‘Me To You’ bear dressing gown, that featured a blue nose and bear ears (Above)

One mother was spotted walking alongside her son to the school gates wearing a fleecy teddy bear dressing gown with ears on the hood and what appeared to be pyjama bottoms.

Another dad was spotted walking from the gates in a full length green dressing gown with the belt flapping.

Several mums appeared to be wearing pyjamas under their warm coats as they dropped their children towards the school gates, however others wore loungewear as they walked in.

One arrived in a grey fleece and jogging bottoms, and was carrying a teddy bear under her arm.

One mum said: ‘I can understand why the head is trying to stop it, the kids just follow the example they see from their parents and it isn’t setting a good standard. 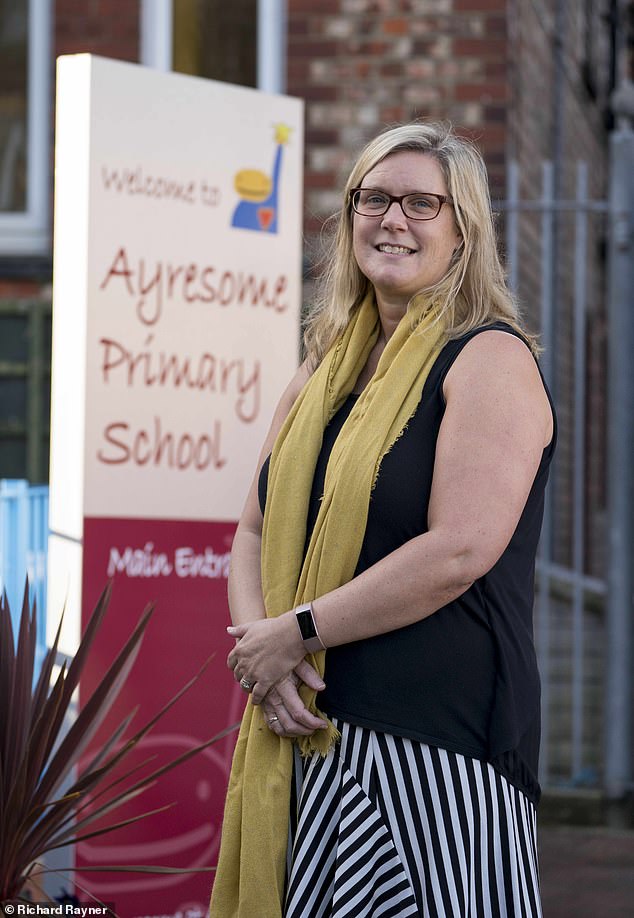 Charlotte Haylock, the Executive Head of Ayresome Primary School in Middlesbrough, who has asked parents to dress appropriately and stop bringing their children to school in dressing gowns (Above) 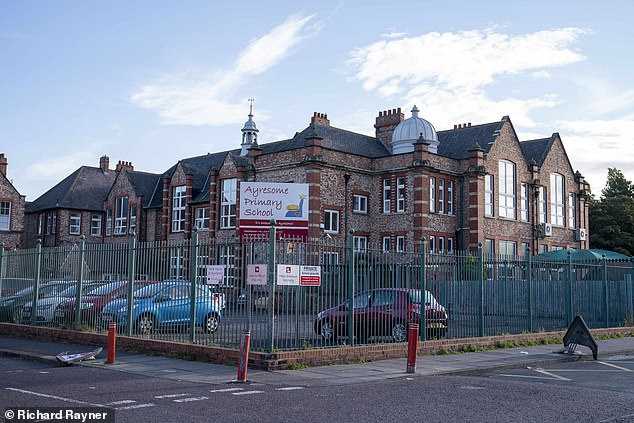 ‘The children all have to wear their uniforms and they look smart when they come to school so there’s no reason why the parents shouldn’t either.

‘Some of the states you see here is unbelievable. I wouldn’t go and pick up a pint of milk from the doorstep dressed like that, let alone walk half a mile through the streets.’

The school says it is simply trying to maintain standards.

Charlotte Haylock, Executive Headteacher of Ayresome Primary School, said: ‘We’ve recently seen an increase in the number of parents wearing dressing gowns when dropping off and collecting their children from school.

‘This prompted me to issue a polite reminder to parents for them to wear appropriate clothing when accompanying their children to and from school.

‘As a school, we encourage our children to be appropriately dressed at all times and we feel it is important for parents to do likewise.

‘If parents are concerned about any issue impacting on their child’s schooling, my door is always open if they need to seek advice and support.’

Andy Brown OBE, Chief Executive Officer for Ad Astra Academy Trust, added: ‘A number of parents and teachers have also expressed concern about some parents wearing nightwear at the school and I wholeheartedly support the stance taken by the headteacher.’

Ayresome Primary School has 678 children on the school roll ranging from age two to 11. It is one of seven primary schools within Ad Astra Academy Trust in the Teesside area.