A SCHOOLGIRL has been excluded from school for wearing a clear plastic earring that her dad claims is to stop migraines.

Bobbiemay Smith was sent home from her Leeds school after teachers saw the piercing in the part of her ear called the tragus. 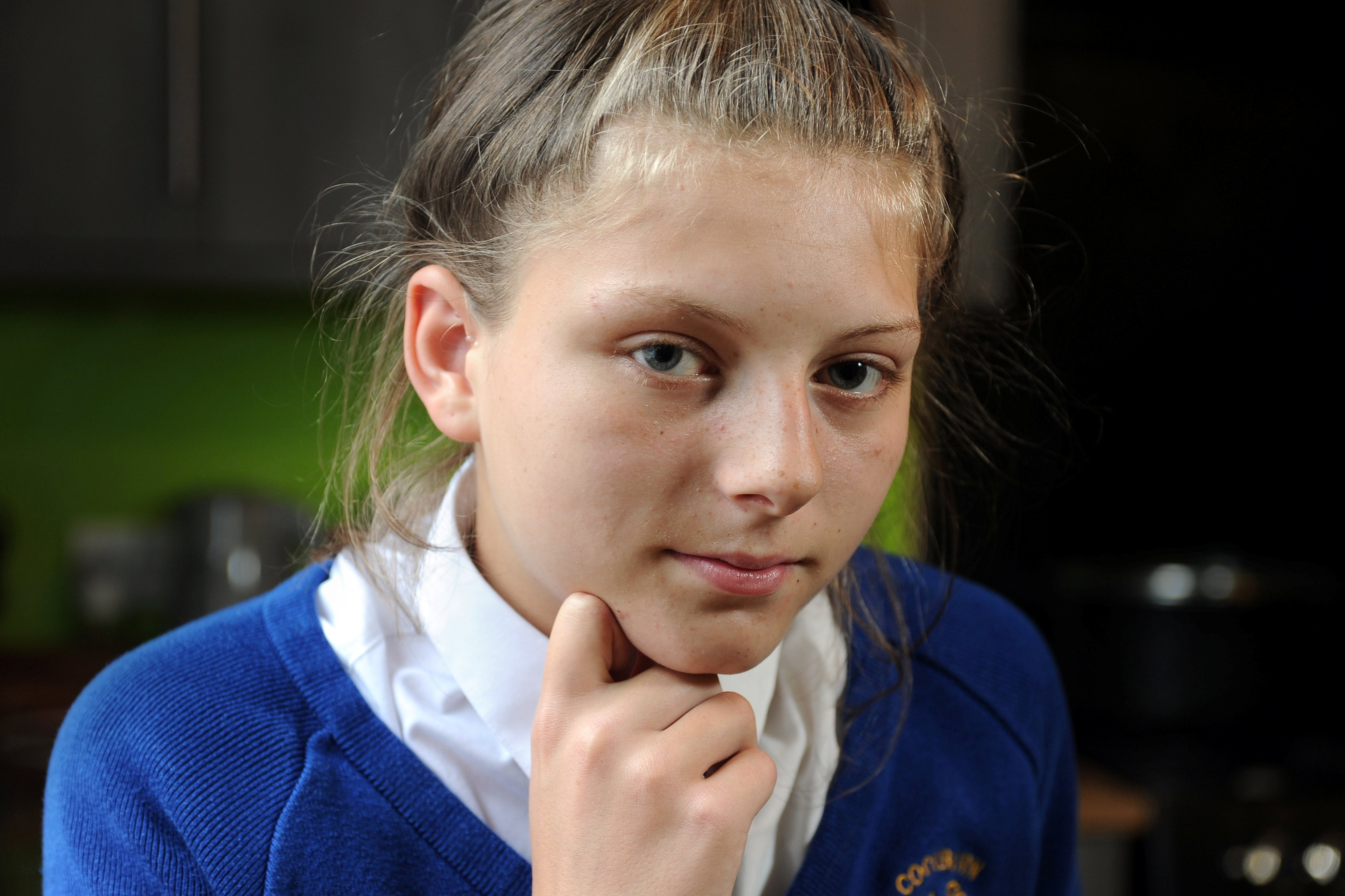 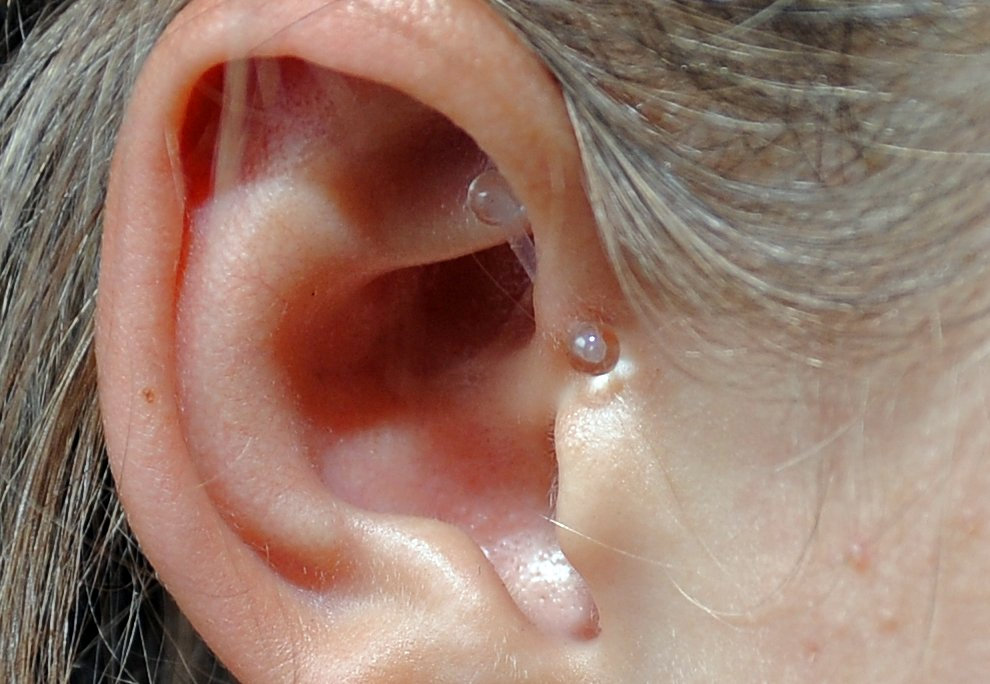 The 14-year-old can't go back to classes until she takes it out – but dad Geoff says she hasn't suffered with a headache since getting it five weeks ago.

The 49-year-old said he bought the smallest stud he could to avoid it being an issue at school.

Alternative medicine practitioners argue some ear piercings stimulate nerves under the skin and muscle tissues, which produce pain-relieving substances, such as endorphins.

The tragus is around the spot where acupuncturists would treat migraine symptoms.

Geoff, a roofer, said: "What the school are saying is absolutely ridiculous.

"It's awful for a school to deprive a child of their education for something so minor.

"We tried everything to stop Bobbiemay's migraines – she can be in agonising pain for a week at a time with them.

"But she hasn't had one since getting the piercing five weeks ago. The piercing is working, it's not coming out."

A tragus piercing places a hoop or stud through the cartilage that covers the ear canal.

It has become popular as an alternative treatment for migraine headaches.

Scientists are still looking into the potential benefits of the piercing, with some saying it can actually do more harm than good.

But the theory is linked to acupuncture – which sees practitioners stimulate into the vagus nerve which runs from the bottom of the brain to the rest of the body.

Some health conditions like depression and epilepsy respond to vagus nerve stimulation, and people think it can help migraine sufferers.

It's thought that acupuncture is able to turn pain signals off in your brain, and therefore the tragus piercing can have the same effect.

He added: "Bobbiemay was doing really well at that school so that's where I want her go go back to.

"She's missed a lot of school now and it's not fair. She's an intelligent child and they have had no other issues with her until now.

"I'm going to protest their decision."

Geoff claims he was told by a teacher that the piercing is "inappropriate" and that she can't be given work to study at home.

Cockburn John Charles Academy has been contacted for comment.

In April we told how a schoolgirl was banned from lessons for five weeks because of a tiny earring, which her mum says cures her migraines.

Earlier this month The Sun lifted the lid on the scandal of Britain’s rising number of ‘Unteachable’ kids – with permanent exclusions soaring by 56 per cent in just three years and up to 49,000 other children illegally "off-rolled" every year.

And last year we told how angry parents slammed their four-year-old daughter's school, claiming the little girl was excluded more than ten times in little more than a year. 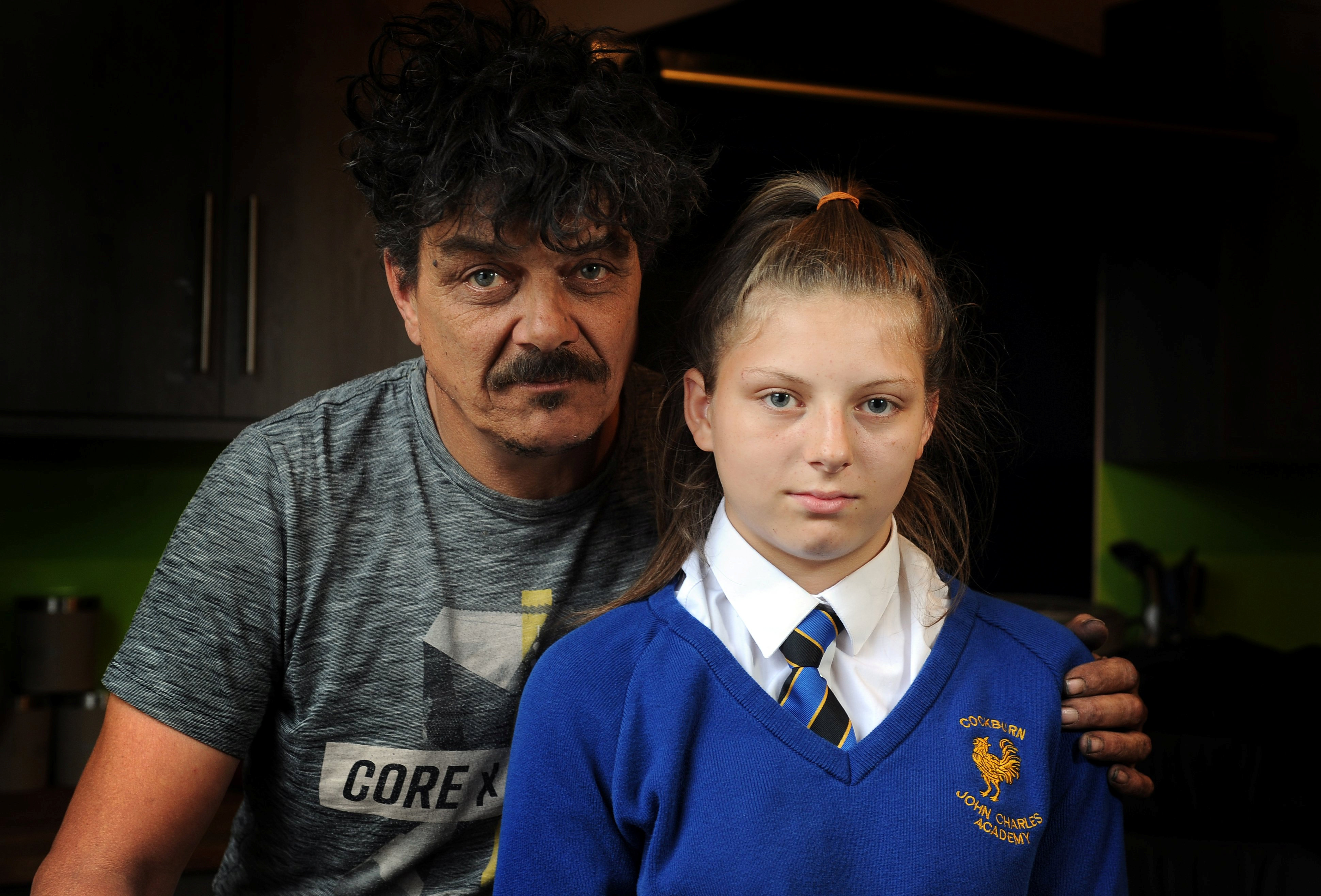