SCHOOLKIDS will get daily Covid tests in future if a classmate tests positive for the virus – with an army of mums and dads recruited for a January blitz.

Ministers want every child to get a test when they go back to school in January to reduce the risk of them spreading anything they may have caught at Christmas. 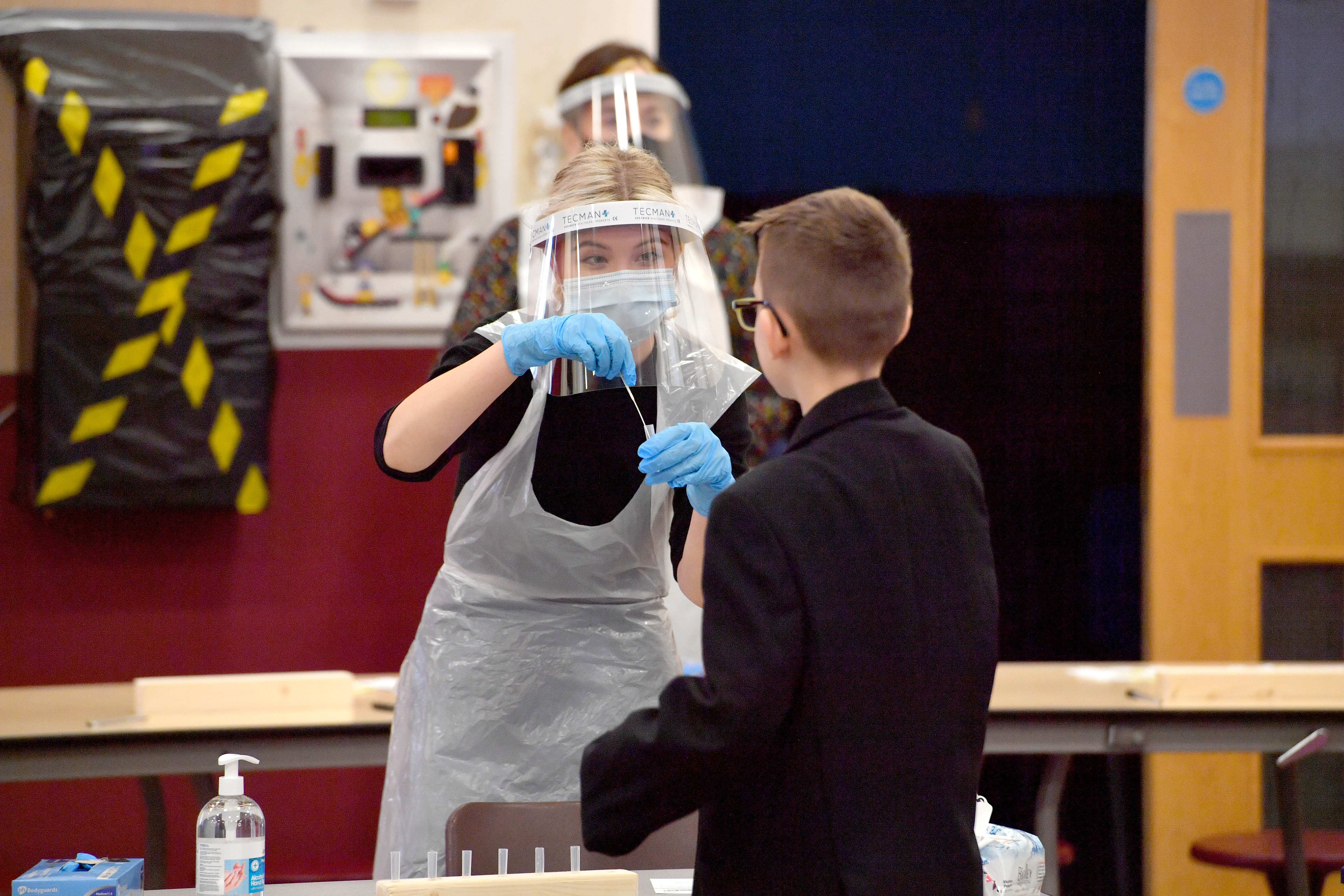 Most secondary school pupils will be asked to take the tests themselves with the help of regular parent helpers and schools governors.

They will be asked to pitch in to the “national effort” as Mr Gibb said he wanted to allow teachers to stay in the classrooms to do their jobs.

And the contacts of people who test positive won't have to isolate either. They will instead get daily tests – and provided they are negative kids can carry on coming into the classroom.

Mr Gibb revealed this morning that each child who tests positive forces an average of 24 other pupils and staff to then isolate.

In the new year, five and a half million kids will be regularly tested, with military logistics experts helping to roll out 11 million tests to schools across the nation.

Mr Gibb said: “This is a national effort and volunteers are already involved with school activities, through Governors, with parents being involved with the school.

“We all want to ensure that schools are safe places for our students.”
He added: "What we're saying is that volunteers will be used, and there's agency staff as well.

“There's some funding for school to enable them to employ agency staff to conduct these tests, there will be PPE available to schools as well." 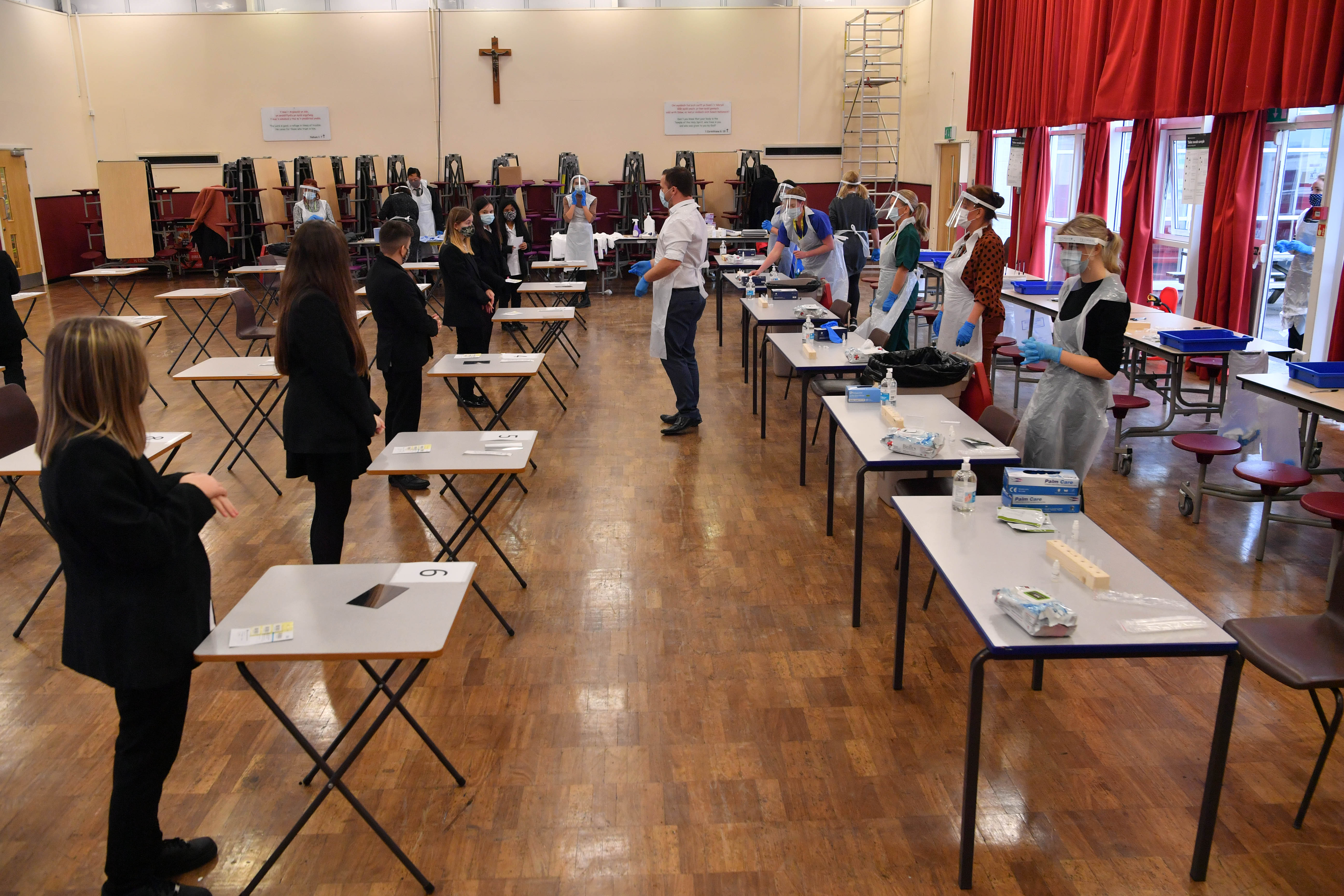 The Sun understands consent forms for testing have already been sent out to schools, and the Education Secretary Gavin Williamson has written to headteachers to reassure them over the plan, which has been widely piloted.

Teaching unions have complained that this plan has been sprung on them over Christmas, but a DfE source said this would be “short-term pain for long-term gain” to drive down infection levels among kids.

Geoff Barton, general secretary of the Association of School and College Leaders (ASCL) said: "The plans outlined at the last minute by the Government for mass testing in schools and colleges from the start of the spring term are undeliverable in that timescale, and it is beyond belief that they were landed on school and college leaders in such a cack-handed manner.

"It is not possible to recruit and train all the people needed to carry out tests, and put in place the processes that would be necessary, over the Christmas period, and it is extremely regrettable that the Government has given the public an expectation that this will happen."

Pupils will have staggered returns in the news year – apart from exam-year pupils, key workers' children and vulnerable youngsters and primary school kids.

Older kids will have an extra week studying at home in the New Year before all return to class on January 11.

Paul Whiteman, general secretary of school leaders' union NAHT, warned that schools will "struggle to have testing ready for the start of term" if details on how it will work are not released until after Christmas.

They also criticised the Government's decision not to require volunteers to have background checks before administering tests to children.

Dr Patrick Roach, general secretary of teaching union NASUWT, said: "Aside from the issue of how these volunteers are even going to be recruited, the idea that they will not be required to undertake DBS checks when they will be on school premises working with children is outrageous."

Kevin Courtney, joint general secretary of the National Education Union (NEU), said: "We are very concerned that Nick Gibb can be so blase about allowing volunteers to carry out the close contact work of testing with no proper checks on backgrounds.”

END_OF_DOCUMENT_TOKEN_TO_BE_REPLACED

END_OF_DOCUMENT_TOKEN_TO_BE_REPLACED
Recent Posts
We and our partners use cookies on this site to improve our service, perform analytics, personalize advertising, measure advertising performance, and remember website preferences.Ok