“When there’s lining around its neck, it can constrict their airways as well as their esophagus, making it so they can’t breathe, working overtime,” Hubbard said.

Video taken on Saturday by one of the rescuers shows them sneaking up on the pup before they throw a net around it, and cut the ribbon off with scissors.

After the sea lion was freed, it barked, turned back over on its stomach and scuttled back into the Pacific Ocean.

“That’s the best feeling in the world, especially since we didn’t have to bring it back here and rehabilitate it,” Hubbard said. 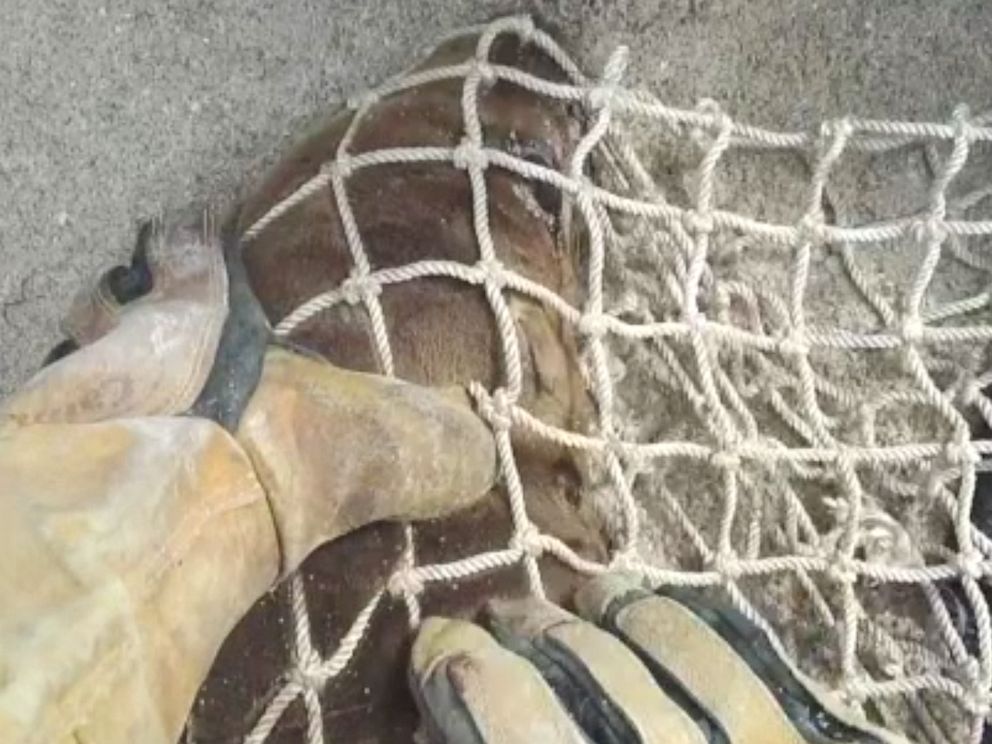 The team had been tracking the 2 to 3-year-old sea lion for a few days before they found an opportunity to help it. Saturday happened to be World Ocean Day.

Hubbard reminded beach-goers to always pick up their trash, adding that rescuers see plastic on the beach every time they go out on a mission.

“Please don’t litter at the beach,” she said. “Be able to pick up your trash anywhere you go.”

Sea World did not immediately respond to ABC News’ request for comment.