SHOCKING footage has captured an idiot clinging on to the back of a bus as it goes 70mph down the highway.

"Bruh, yo, is this guy kidding me? Bro, we’re on the highway!" the man who filmed the video is heard saying. 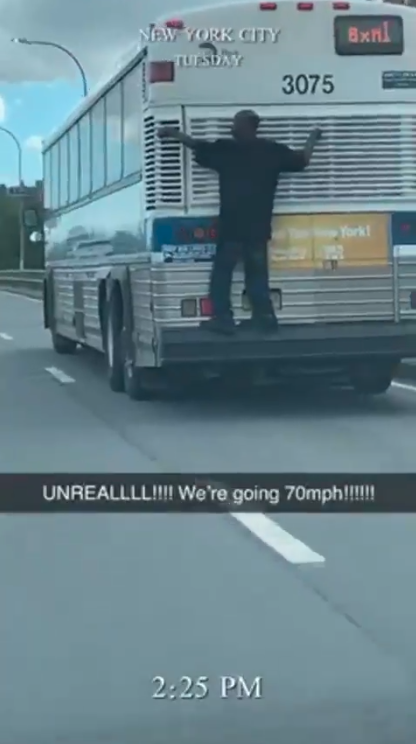 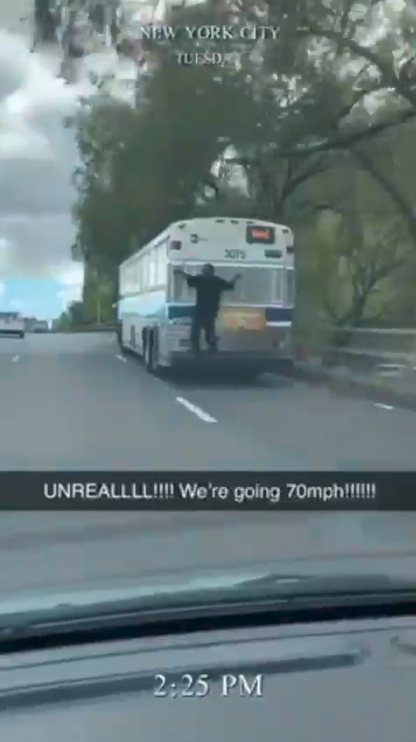 The joyrider, who is wearing dark clothing, is seen holding onto the grates on the back of the bus and appears to be stood on the back bumper.

The on-screen writing claims that the vehicles were going at 70mph.

Time stamps also stated that the incident took place on at 2.25pm on Tuesday in New York City.

Metropolitan Transportation Authority representative Andrei Berman told the New York Post: "This is incredibly dumb and dangerous. Never do it."

The outlet also reported that the incident took place on Harlem River Drive.

END_OF_DOCUMENT_TOKEN_TO_BE_REPLACED

END_OF_DOCUMENT_TOKEN_TO_BE_REPLACED
Recent Posts
We and our partners use cookies on this site to improve our service, perform analytics, personalize advertising, measure advertising performance, and remember website preferences.Ok