The shooting reportedly erupted just after 5pm on Sunday outside of a school while a group of men were filming the social media craze. 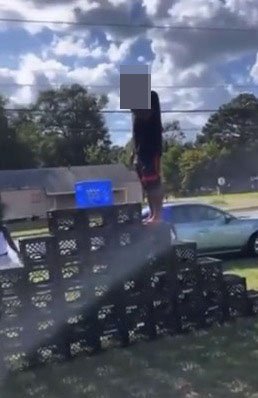 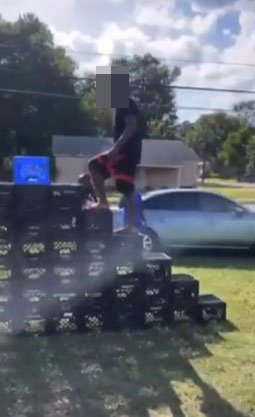 Shocking footage from the scene showed a man attempting to walk across the crates before the deadly gunfire broke out.

The group quickly flee the scene, before the man who is filming appears to sprint for cover.

Local reports said that two people were shot outside of the school at 5.36pm.

Police were then called at 6.11pm, where they found a woman dead in the back seat of a car.

Cops said that they believe the two crime scenes are related.

A police spokesman told NewsWeek that one person said he had tried to drive away after the shooting but stopped when he realized the woman in the car had died.

The driver of the car, and the other passenger, did not suffer injurie, the outlet reported.

WHAT IS THE CRATE CHALLENGE?

Videos of the latest challenge have amassed millions of views as participants fail at the seemingly easy challenge.

On paper the challenge seems simple– build up a stack of plastic milk crates into a staircase design and then just walk up and down the other side.

But it's not as easy as it looks as a number of social media users will testify.

Using the hashtag #MilkCrateChallenge the internet has been flooded on sites like Twitter and TikTok as people give it a go.

The ordinary milk crate might seem sturdy enough but when they are stacked up on top of one another they provide little stability.

The situation is made worse with many attempts taking place on grass which doesn’t provide a smooth, flat surface – but no doubt gives a softer landing for those who come crashing down.

In one clip, a man is stuck balancing on the highest milk crate when a young boy kicks them down – sending the participant flying off and landing on his face.

Another challenge shows one man faceplant into one of the crates after he jumps from one step to another.

In another attempt, a man dressed in all black is seen wobbling on the highest step as he attempts to balance himself before crashing to the ground.

Although it's not all fails.

Shauntica Williams, known as "Tic", is one of the few to have successfully completed the challenge.

Williams was filmed sliding into a win after hopping down the final few steps into leaving all of the crates stacked.

She told The Grio: “I actually had just pulled up, and I had just seen them trying but I had already seen it on Instagram. So once I had seen them fall, I was just like man, they funny.”

She added: “I was like alright I’m bout to get up then.

Who or what sparked the current craze is far from clear.

Sir Veillance Studios, a multimedia production business, appears to have been one of the first to post footage of the challenge.

A guy known as "White Mike" is seen successfully completing the challenge while appearing to roll a joint as he walks over the crates.

The video was posted on August 21, 2021, although it is not clear if this was the first time the challenge was attempted. 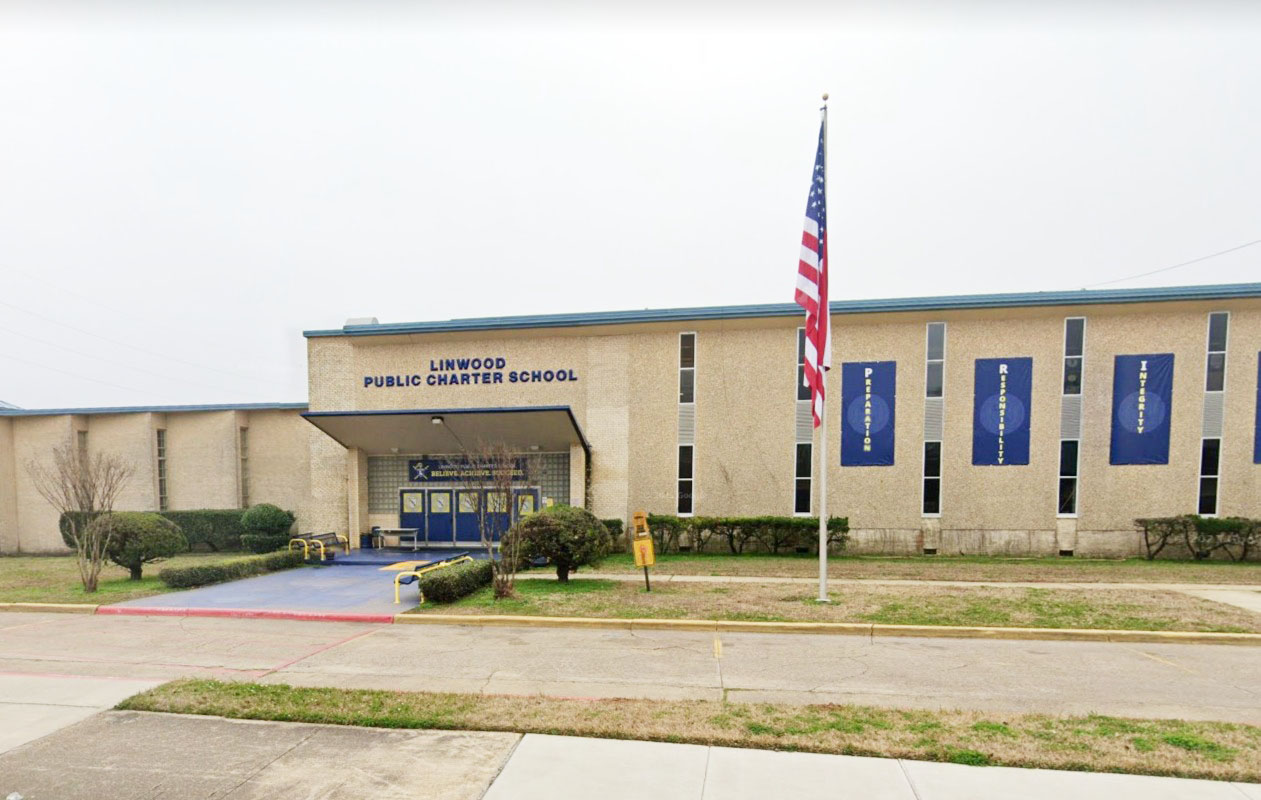