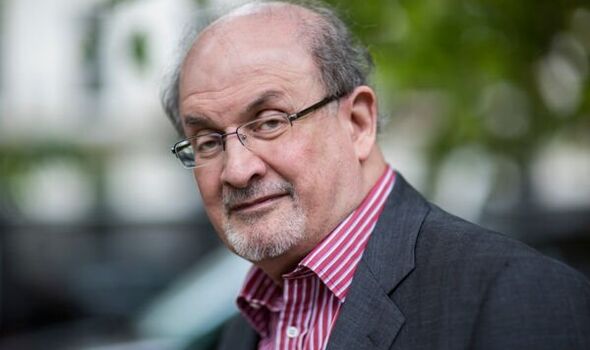 Andrew Wylie, who works as Sir Salman’s agent, revealed to US media that the 75-year-old was taken off the ventilator and talking.

The update came after Mr Wylie indicated the Indian-born British author was using the ventilator and could lose an eye after he was stabbed in New York.

Mr Rushdie was about to deliver a lecture at the Chautauqua Institution when he was attacked yesterday.

Michael Hill, who is President of the Chautauqua Institution, also welcomed the news.

Writing on Twitter, Mr Hill said: “Salman Rushdie off ventilator and talking. Continued prayers from all at Chautauqua Institution.”

The man who has been accused of stabbing Sir Salman pleaded not guilty on Saturday to charges of attempted murder and assault.

Hadi Matar, 24, who is accused of stabbing Mr Rushdie at least 10 times, has been remanded in custody without bail.