SOARING temperatures across the UK could trigger deadly asthma attacks in Brits, experts have warned.

We’ll all be basking in a mini-heatwave over the next fortnight, with thousands heading to beaches and parks to make the most of the sunshine – but asthma sufferers have been warned to be extra vigilant in the days ahead. 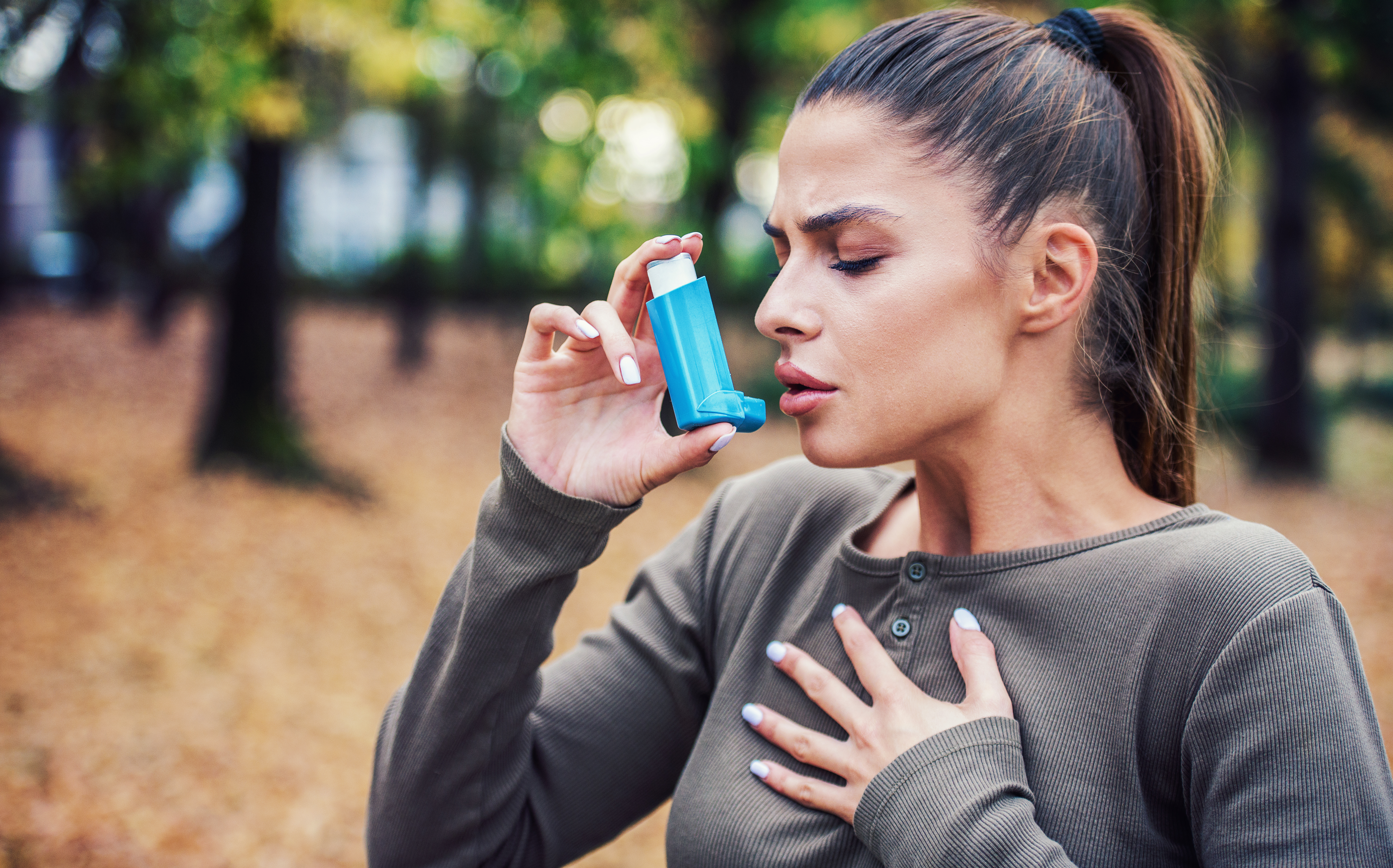 Around 5.4 million people in the UK suffer from asthma and the high temperatures, combined with high pollen levels can be deadly.

In the next few days thunderstorms are likely across parts of south-west England and southwest Wales, leading the Met Office to issue a yellow weather warning for these areas.

Thunderstorms and wet weather can trigger high levels of pollen – which is also difficult for those who suffer with allergies.

The head of health at Asthma UK has urged ashtma sufferers to be extra careful when out and about during hot spells.

Eluned Hughes explained that hot weather can cause people's airways to become irritated and inflamed, while hot air entering the respiratory system triggering coughing and a shortness of breath.

She said: "Soaring temperatures combined with high pollen levels can trigger asthma symptoms and could result in life-threatening asthma attacks. 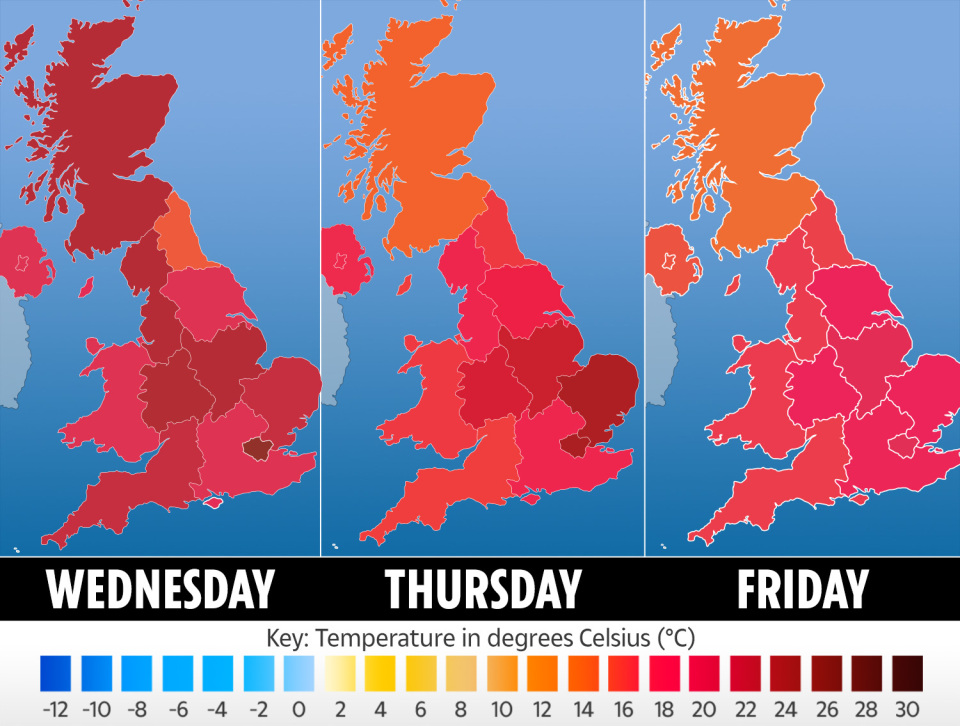 “High pollution and pollen levels that usually accompany hot weather can exacerbate the considerable health challenges faced by people with asthma during the warmer months".

Today has been confirmed by the Met Office as the warmest day of the year with temperatures already sizzling at 26.6C.

It smashes the previous high for 2021 set on Tuesday of 25.8C, which was recorded in both Cardiff and Middle Wallop.

They tweeted: "Northolt in London has already reached 26.6C at 11:30am, making it the #warmestdayoftheyear so far."

But the mercury is expected to nudge 29C today as sunseekers flock to beaches to enjoy the weather.

The scorching weather will unleash thunderstorms in parts of the UK though.

Eluned said that it’s vital that everyone with asthma takes their preventer inhaler as prescribed, as this builds up protection in the airways over time.

This, she explained, reduces sensitivity and swelling in your airways, helping to stop wheezing and coughing before they even start.

Eluned said that it means if people do come into contact with a trigger like heat, pollen or pollution they are less likely to have an asthma attack.

"We’d encourage everyone with asthma to take their reliever inhaler (usually blue) everywhere with them.

"It relaxes the muscles in your airways and eases your symptoms on the spot, so it’s important to carry your reliever inhaler around with you", she added.

What is asthma and what are the symptoms?

Asthma is a respiratory condition caused by inflammation of the breathing tubes that carry air to and from our lungs, and it currently affects over 5 million people across the UK.

According to the NHS, the main symptoms of asthma are:

Although the above symptoms can have a number of causes, they are likely signs of asthma if they happen regularly and keep coming back, are worse at night or early morning, or seem to be in response to an allergen.

The severity of the above symptoms can vary between different people.

When these symptoms suddenly worsen temporarily, it is known as an asthma attack.

Asthma attacks can be caused by allergens, such as animal fur or pollen, cold air, exercise, chest infections or other irritants – such as cigarette smoke.

Allergies and asthma often go together.

Asthma caused by an allergic reaction is known as "allergic asthma". 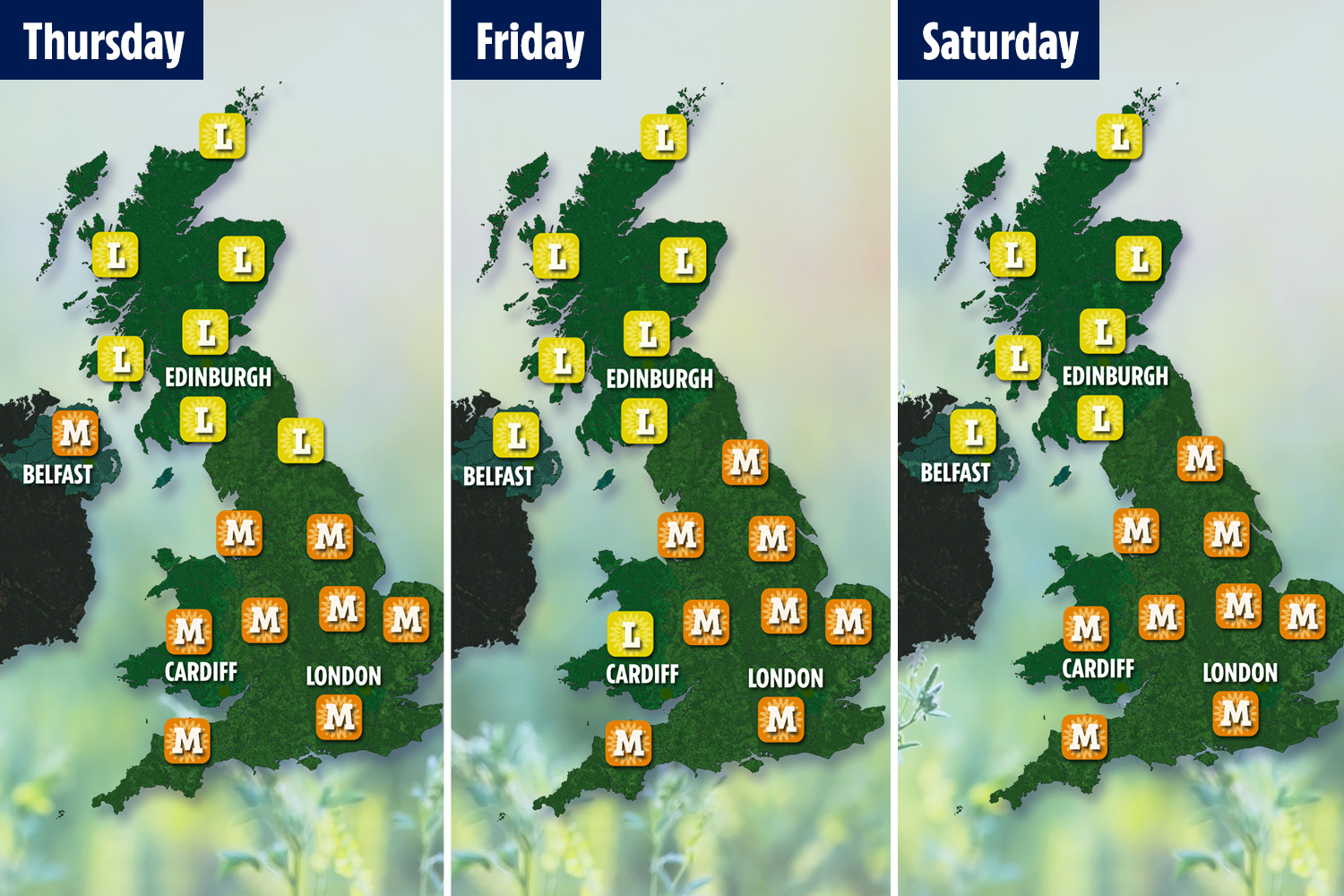 If you can understand how to manage your asthma and your own personal triggers then you will be able to prevent asthma attacks.

Elunded advised that in the hot weather you should make sure you’re drinking plenty of water to stay cool and plan any outdoor activities, including exercise, for earlier in the day when the air quality tends to be better.

She added: "Check if pollen levels are high and blitz hay symptoms with antihistamines and/or a steroid nasal spray.

"There are lots of different medicine options for hay fever and your pharmacist can help you decide what to try. If you need advice and support with your asthma visit asthma.org.uk.”