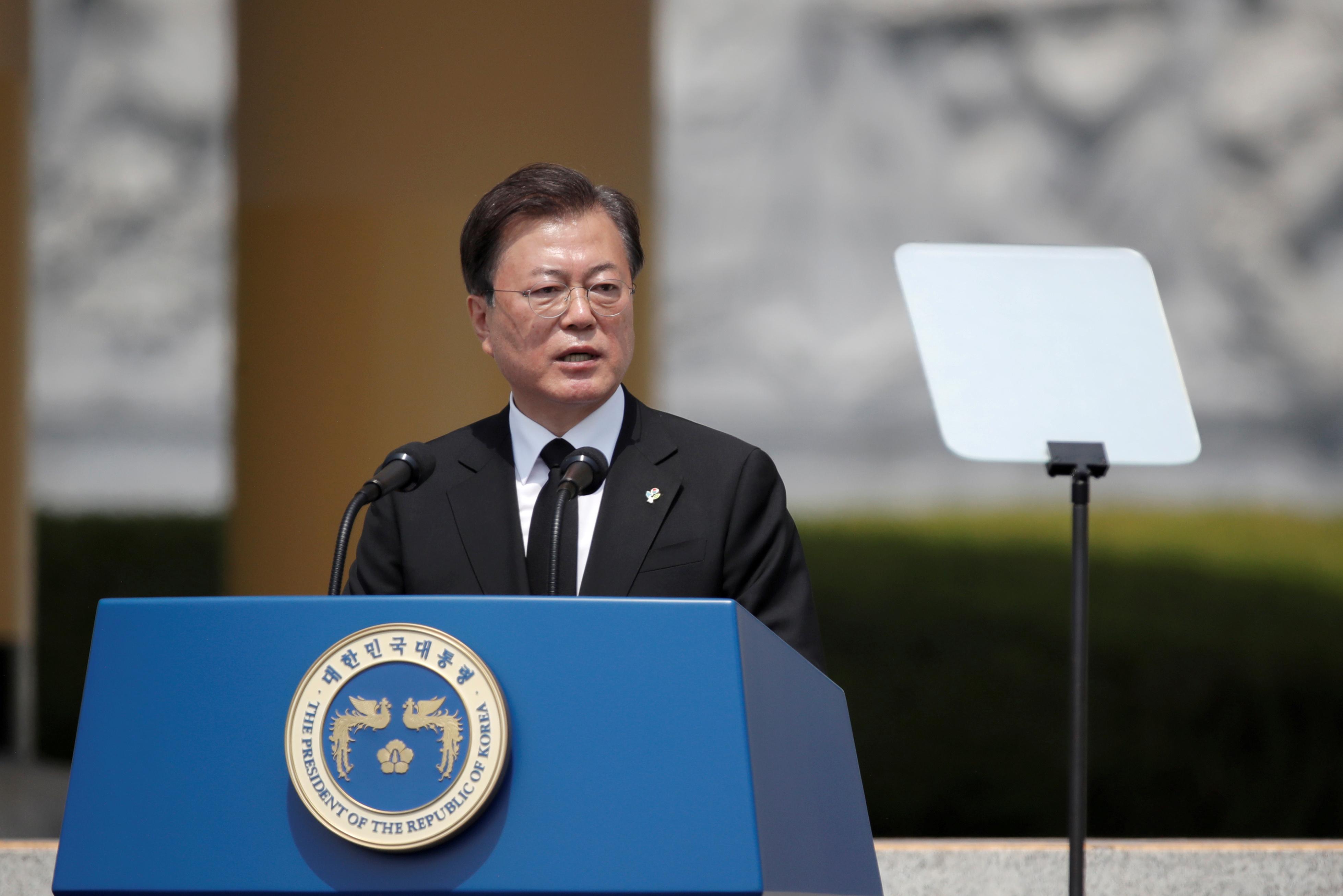 Trump and Kim met for the first time in 2018 in Singapore, raising hopes of an agreement to get Pyongyang to give up its nuclear weapons programme. But their second summit, in 2019 in Vietnam, fell apart when Trump rejected Kim’s offer to dismantle North Korea’s main nuclear facility in return for lifting some economic sanctions.

Moon made the remarks during a video conference with European Council President Charles Michel on Tuesday, saying another summit between Trump and Kim would help resume the stalled nuclear negotiations, an official at Moon’s office told reporters.

“I believe there’s a need for North Korea and the United States to try dialogue one more time before the U.S. presidential election,” the official quoted Moon as saying.

“The issues of nuclear programmes and sanctions will ultimately have to be resolved through North Korea-U.S. talks.”

Moon’s office had conveyed such views to Washington and the officials there are making efforts, the official said.

Moon’s comments came days after U.S. Deputy Secretary of State Stephen Biegun, who led working-level negotiations with North Koreans, said there is still time for both sides to re-engage and “make substantial progress”.

Biegun, however, said an in-person summit would be difficult before the November election, citing the coronavirus pandemic which has all but wiped the world’s diplomatic calendar clean.

“I think it’s probably unlikely between now and the U.S. election, as we see events being cancelled around the world,” Biegun told a virtual seminar hosted by the German Marshall Fund’s Brussels Forum on Monday.

END_OF_DOCUMENT_TOKEN_TO_BE_REPLACED

END_OF_DOCUMENT_TOKEN_TO_BE_REPLACED
Recent Posts
We and our partners use cookies on this site to improve our service, perform analytics, personalize advertising, measure advertising performance, and remember website preferences.Ok