Southeast receives nearly 10 inches of rain, with more on the way

Relentless rounds of heavy rain are still impacting parts of the eastern U.S. due to a very slow-moving storm system.

Relentless rounds of heavy rain have brought flash flooding across parts of the Carolinas and Georgia with multiple roadways closed due to flooding in Wake County, North Carolina.

Brookford, North Carolina, has seen 9.38 inches of rain, while over 8 inches has been reported in parts of Tennessee, and over 7 inches in both South Carolina and Virginia. 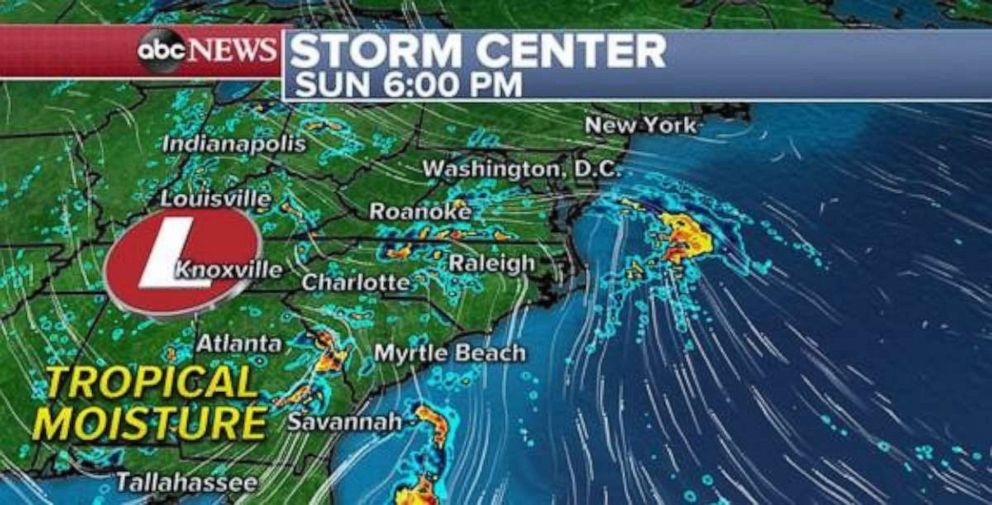 Heavy rain will move into western North Carolina in the morning hours on Sunday with an additional 3 to 4 inches of rain and flash flooding possible.

Meanwhile, a separate storm system moving in from the west brought some severe weather on Saturday. There were over 90 reports of severe weather, including 11 tornadoes on Saturday, most of them in rural parts of Colorado, Nebraska and Kansas.

That same system will bring the next round of severe weather on Sunday, with an enhanced risk for damaging winds, large hail and brief tornadoes in parts of Texas, including the major metro areas of Dallas, Waco and Austin. 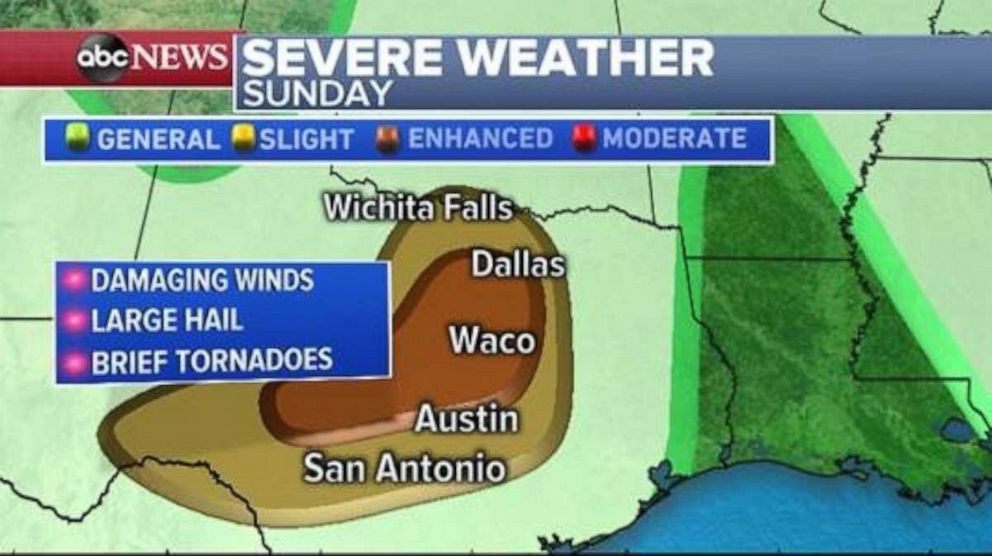 Rounds of heavy rain and flash flooding will continue through Sunday for parts of the Southeast. Rainfall rates could exceed 2 inches per hour at times with flash flooding most likely in the Carolinas and southern Virginia.

Late Sunday and early Monday, the frontal boundary bringing the latest round of severe weather to Texas will help nudge this stalled storm northeast. The result is rounds of heavy rain, with some thunderstorms, in the Northeast on Sunday. Localized flash flooding will be a concern. 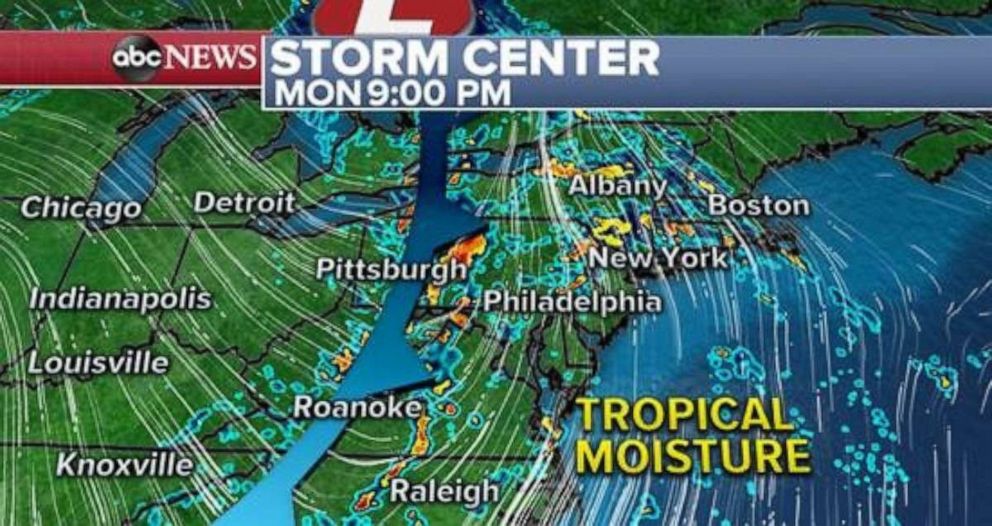 Locally, over 4 inches of rain is possible on the East Coast through Monday night, which could cause new and additional flooding. 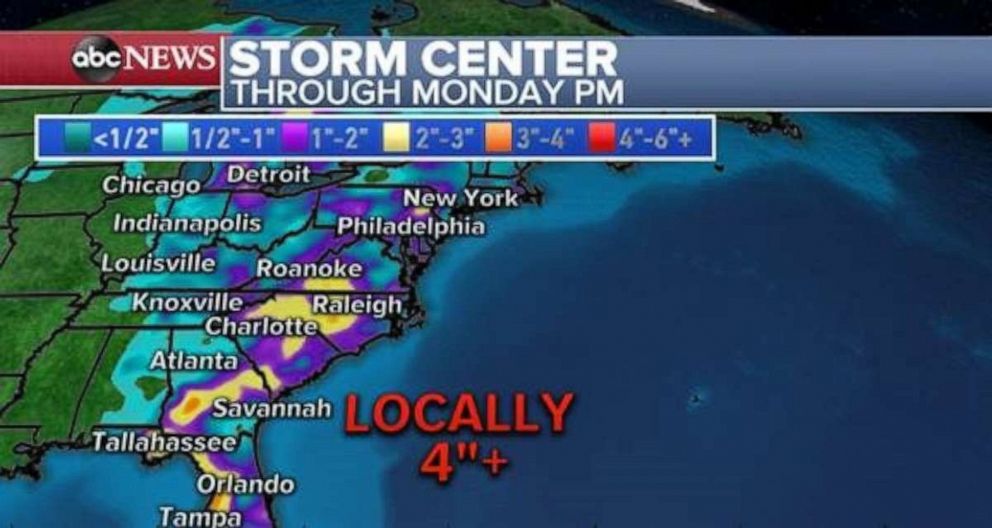 A major ridge of high pressure is beginning to build in the western U.S., which will bring the year’s first widespread heat wave this week. 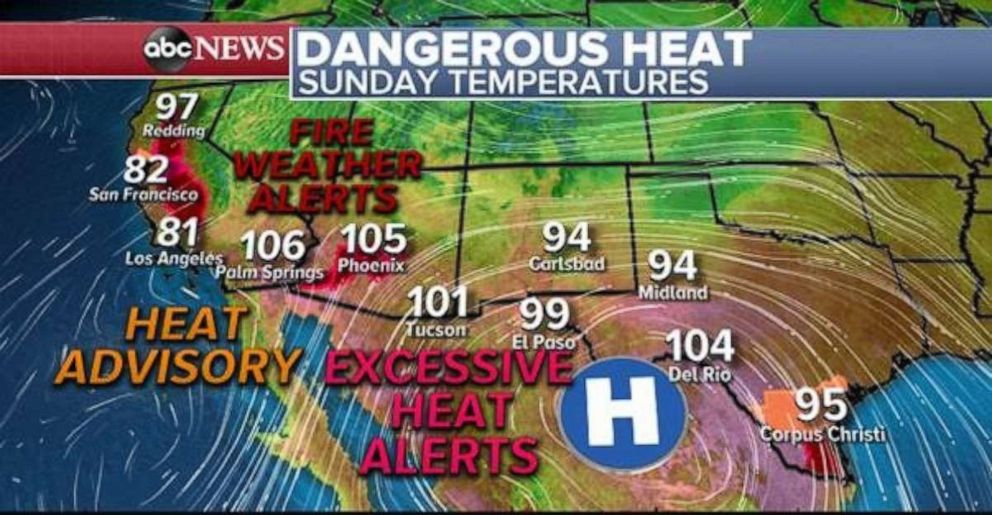 Excessive heat alerts and heat advisories have been issued for parts of Texas, Arizona and California as temperatures will rise into the triple digits in the coming days. Heat index values in southern Texas could exceed 115 degrees, especially near Brownsville.

A red flag warning also remains in effect for parts of north-central California due to gusty winds and dry air. The fire danger is expected to subside late Sunday. 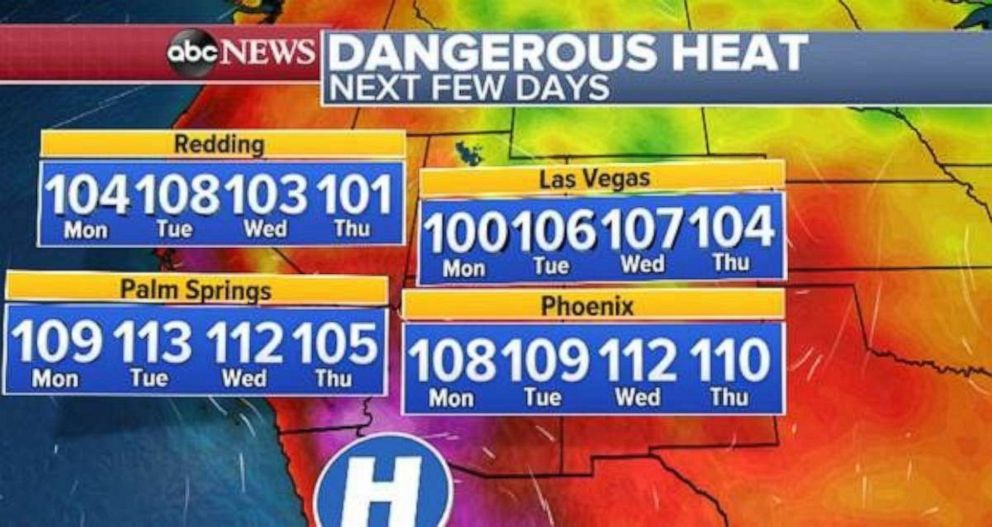 As the workweek begins, widespread triple-digit temperatures will move into the desert southwest, with temperatures likely nearing or exceeding a dangerous 110 degrees in the region.

Temperatures at these levels will approach daily record level for the region. This heat is notable in the Northwest, as parts of this region don’t have air conditioning and natural bodies of water are still very cold — which can cause shock. 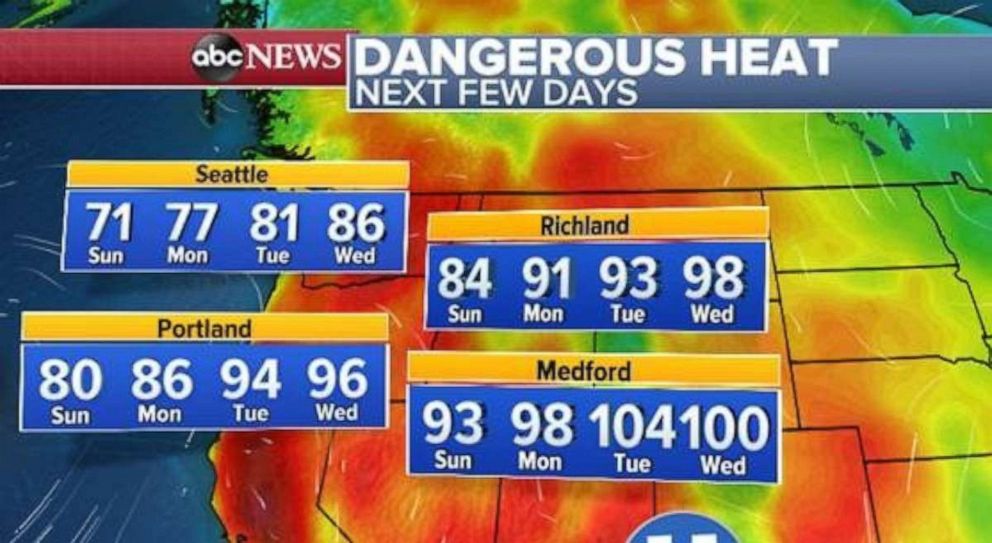