There are 30 weather warnings across Spain for the days ahead after some areas fell to -25C (-13F) this week. Two provinces, Aragón and Castilla-La Mancha, are on red alert with temperatures forecast to fall to between -12C to -15C (5-10F) over the next 24 hours. Speaking today, the mayor of Madrid, José Luis Martínez Almeida, has called on the government to declare a state of emergency due to the conditions, with damages estimated in the millions.

He said: “We request the declaration of a catastrophic zone and I ask the central government for a quick response.”

On Wednesday night, three provinces saw the mercury fall to between -18C to -20C (-4 to 0F) as the country saw record temperatures.

According to forecaster WX Charts, for much of the North East of Spain, snow depth levels could reach as high as 110cm (43inches) today.

On Friday, some of the snow will subside but levels could still remain at 81cm (31inches) for many areas in the region. 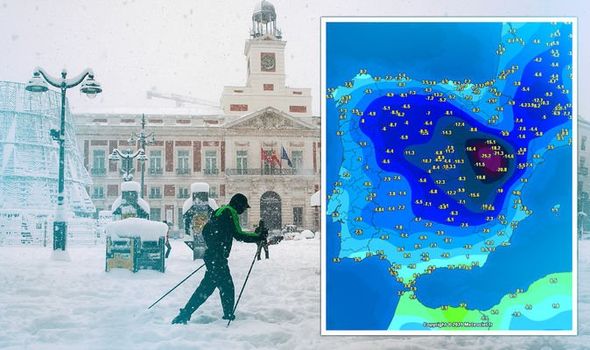 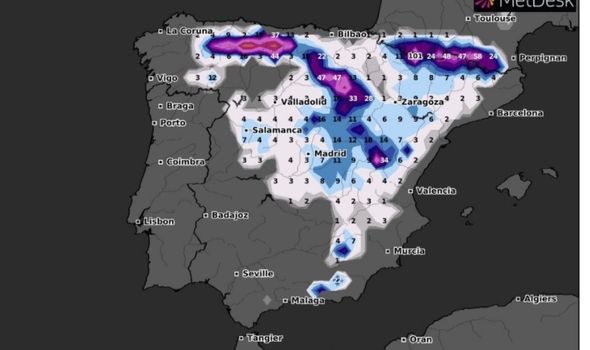 According to additional graphs from the forecaster, temperatures will remain below freezing for large parts of Spain over the next 48 hours.

Temperatures will begin to rise slowly over the next week as the poor weather fades.

Rubén del Campo, spokesperson for AEMET said on Tuesday: “We can consider the cold snap over between today and tomorrow.”

Although the storm has passed, the forecaster has stated temperatures may remain at -11C (12.2F) for many areas in central and north-eastern Spain on January 16. 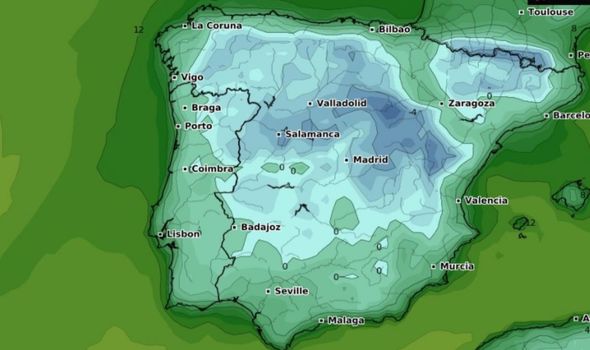 Adding to the heavy snow and sub-zero temperatures, WX Charts is also predicting wind chill levels to range between -10C and -12C (10-14F) from Thursday until the weekend.

The conditions have been particularly bad in central Spain although two people did die in Barcelona.

The death count from the conditions now stands at seven following the sub-zero temperatures left by Storm Filomena.

On Tuesday, Bello, a town in the eastern province of Teruel, saw conditions fall to -25.4C (-13F) after the cold temperatures peaked. 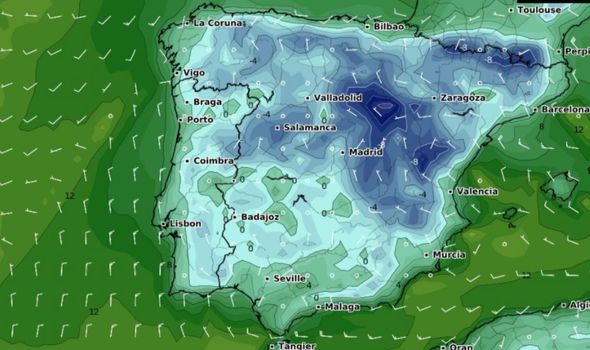 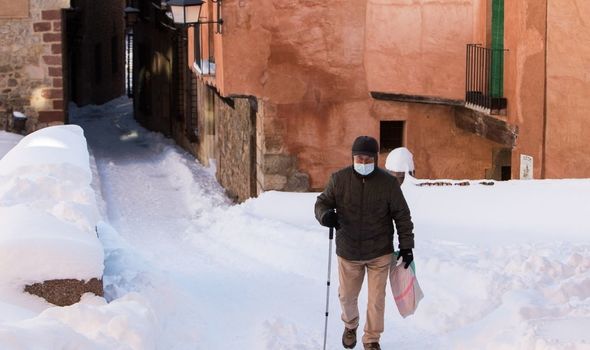 Spain’s state meteorological survey, AEMET, stated the temperatures had dropped to 20C (68F) below the normal level for the time of the year.

Such are the high levels of snow reported across the country, transport has been severely hit while hospitals which have been struggling with coronavirus, have also had an influx of patients due to injuries from the ice.

Although the temperatures dropped to record levels, forecasters are stating the worst of the weather should now pass.

Despite the worst of the weather now over, temperatures will remain low in areas in the south and east of Madrid.

The mercury will still remain between -10C to -15C (5-14F) in these areas before recovering to more normal temperatures for the season.

In the town of Molina de Aragon, where the record low was recorded, a local woman admitted life is difficult. 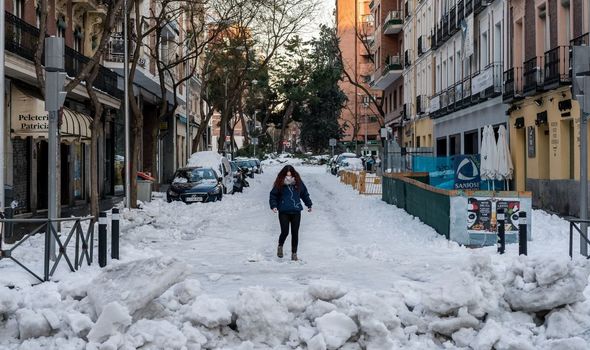 She told the BBC: “Day-to-day life is difficult.

“There’s so much snow about, the access to homes and roads is blocked.

“Some older people have had falls.”

END_OF_DOCUMENT_TOKEN_TO_BE_REPLACED

END_OF_DOCUMENT_TOKEN_TO_BE_REPLACED
Recent Posts
We and our partners use cookies on this site to improve our service, perform analytics, personalize advertising, measure advertising performance, and remember website preferences.Ok