Speedway star father-of-two, 33, hanged himself after night of drinking and cocaine following row with his girlfriend over him using drugs in the family home

A Speedway star hanged himself after a night of drink and cocaine following a row with his girlfriend over his drug use in the family home, an inquest has heard.

Father-of-two Danny Ayres, who wrestled with mental health problems for years, was found dead in Mildenhall, Suffolk, on the morning of February 1.

The inquest at Suffolk Coroner’s Court in Ipswich was told Mr Ayres, 33, felt ’embarrassed’ to get help, had struggled with drugs and was in a ‘dark place’ when he wasn’t training. 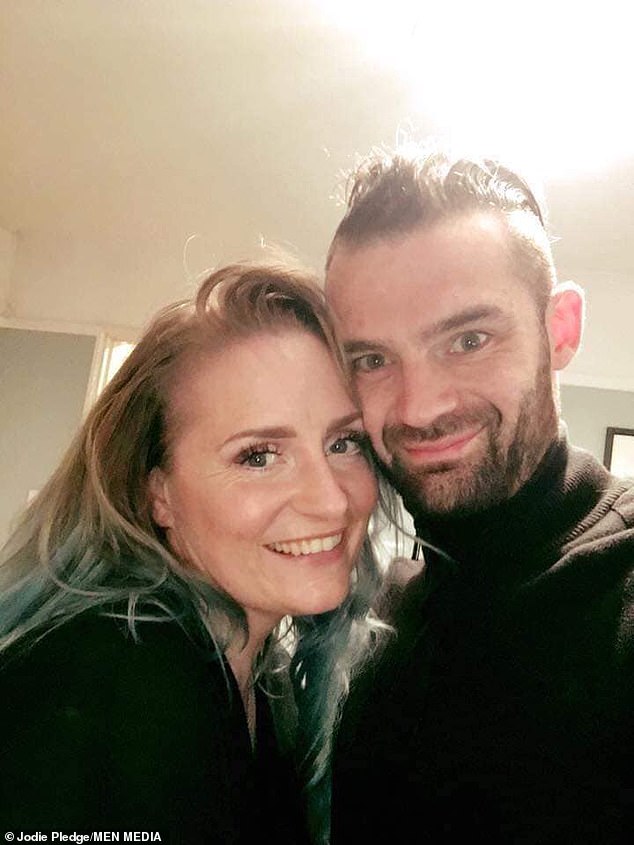 Danny Ayres, pictured right, hanged himself after a night of drink and cocaine following a row with his girlfriend Jodie Pledge, pictured left, over his drug use in the family home

Senior Suffolk coroner Nigel Parsley heard that the night before his death, an argument broke out with Jodie Pledge, his partner of six years, after he was found using substances in the house he shared with his children.

Mr Ayres had been drinking all night and said he ‘felt worthless’, the hearing was told.

A post-mortem found he had alcohol in his blood, but was not drunk, and he tested positive for cocaine.

Mr Ayres’ father, David, said the racer found it difficult to come to terms with the loss of his mother to cancer in 2017 and that he also suffered after breaking his leg riding for Mildenhall two years later.

He told the inquest his son found the highs and lows of being a professional sportsman a challenge, that he turned to alcohol when he was feeling low, and then looked to drugs to pick him back up.

Mr Ayres said ‘the drugs would bring out demons in Danny’, and while he would be positive throughout the speedway season, when he had structure and routine, he suffered ‘bad feelings’ for the rest of the year.

Ms Pledge added that through the season he was ‘a training machine’ and described him as being ‘perfect’.

‘Out-of-season from October to March was an absolute struggle. He just couldn’t sit still, his brain never stopped,’ she said. 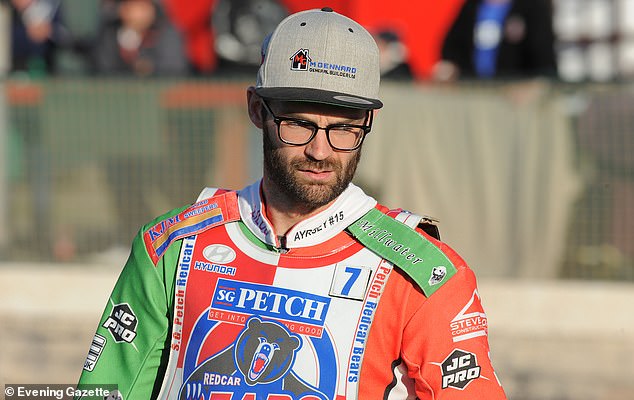 Mr Ayres’ father, David, said the racer found it difficult to come to terms with the loss of his mother to cancer in 2017 and that he also suffered after breaking his leg riding for Mildenhall two years later

She insisted he never took drugs during the season while his father said he had ‘too much time to think’ when he wasn’t racing.

The inquest heard a statement from the racer’s GP, who said he had spoken about his struggles with cocaine, but did not want to take antidepressants.

Dr Amudha Manickasamy said Mr Ayres was referred to Turning Point, which helps with substance misuse, and said there was no clear diagnosis of depression or anxiety.

Ms Pledge said: ‘He didn’t struggle in speedway, he felt he belonged there. He was two different people.’

Mr Ayres’ father told the court that the week prior to his death, his son was ‘so positive about 2020’ and was ‘in a good place’.

He said: ‘We felt he was turning a corner on what he wanted to achieve.’

Mr Ayres, who has a child from a previous relationship, received information regarding his child that week and the inquest heard that this visit may also have had an impact on his state of mind.

Ms Pledge told Grimsby Live her partner was let down by the mental health system ‘time and time again’. 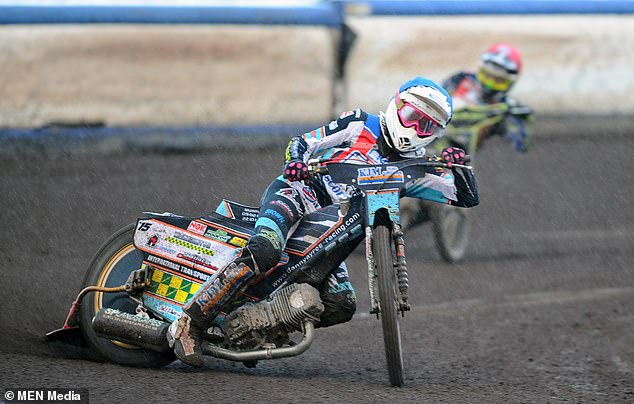 She added: ‘Mental health is not only about being depressed or suffering with anxiety it’s so much more complex than that.

‘Danny suffered with neither and he massively slipped through the net. He asked doctors for help, as he just wanted to feel normal. He told them how he couldn’t relax and that his mind and body don’t ever switch off.

‘He asked to be assessed for ADHD (attention deficit hyperactivity disorder) as he recognised symptoms of his own overactive state.’

The star began his racing career with the Kent Kings in 2014 and represented a host of teams up and down the country before signing for Ipswich Witches ahead of the 2020 season.

His death led to an outpouring of grief from the speedway community.

The coroner recorded the medical cause of death as hanging and concluded that he died as a result of suicide.

Mr Parsley said: ‘No note was found and there was no evidence that anyone could have predicted any actions in relation to his death.

‘There was no way anyone could have foreseen what Danny was going to do that morning.’

For confidential support, call the Samaritans on 116123 or visit a local Samaritans branch. See www.samaritans.org for details

END_OF_DOCUMENT_TOKEN_TO_BE_REPLACED

END_OF_DOCUMENT_TOKEN_TO_BE_REPLACED
Recent Posts
We and our partners use cookies on this site to improve our service, perform analytics, personalize advertising, measure advertising performance, and remember website preferences.Ok