Vicki Clinch, 31, and her pal were among a group of 79 Spice Girls superfans who boarded an Acklams coach in Hull at 1pm, with the aim of reaching Coventry at 4.30pm for the concert.

But the terrifying crash saw the entire westbound carriageway of the M62 closed off by police, Hull Live reports.

Vicki said: “We were picked up by another Acklams coach and mini bus just before 5.30pm, but the crash happened before 3pm.

“A car tried to switch lanes in front of our coach, so the driver had to slam on the breaks, and then a lorry went into the back of us 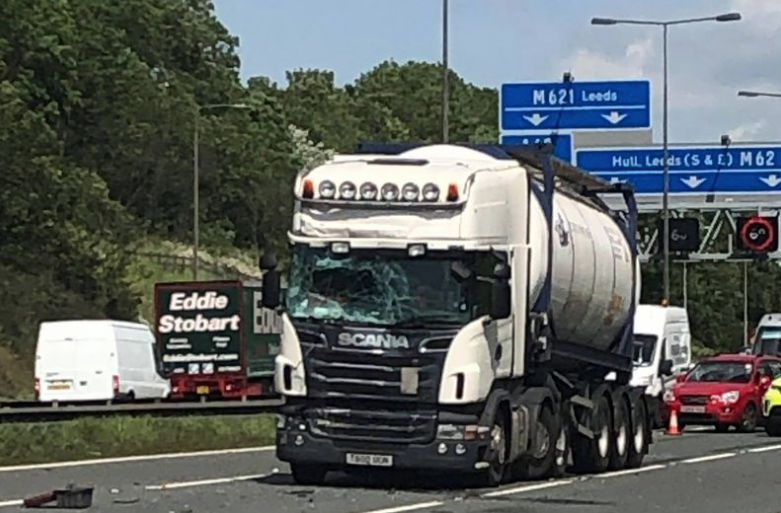 The crash involved a coach, a lorry and a car, and occurred between J27 and J26 near Bradford.

Lanes re-opened at about 5.30pm, but the chaos caused about six miles of tailback.

Vicki also claimed that the coach driver hadn’t been sure where he was going, originally setting off for Manchester.

“The driver originally thought we were going to Manchester, which is why we are on the M62 near Leeds in the first place, and we had to tell him we were actually going to Coventry,” she said.

Acklams said in a statement that it “is aware of concerns of a misunderstanding with the route and will be speaking with the driver as part of its own internal investigations into what took place.”

It added: “The coach company is assisting the police with their investigations, and is doing everything it can to help officers in their enquiries.

“What we know so far is that a 2018 Acklams coach was carrying 79 passengers from the Hull area to the Spice Girls concert in Coventry.

“At around 3pm, it is thought a lorry went into the back of the coach on the M62.

“It is now down to investigating teams to find out the cause of the crash.

“The three passengers who declined the offer were provided with transport by Acklams to bring them back to Hull.”