If President Donald Trump’s campaign was offered damaging information against his 2020 rivals from foreigners, would Trump take it or call the FBI?

“I think maybe you do both,” he told ABC News Chief Anchor George Stephanopoulos in an exclusive interview. “I think you might want to listen, there isn’t anything wrong with listening. If somebody called from a country, Norway, [and said] ‘we have information on your opponent’ — oh, I think I’d want to hear it.”

“I pointed out that the FBI director himself said that any campaign that gets information like this should call the FBI,” Stephanopoulos tells us. “The president simply said, ‘The FBI director is wrong.'”

An F-35 fighter jet flew over the Washington Monument and the White House on Wednesday as the president, first lady Melania Trump, Polish President Andrzej Duda and his wife, Agata Kornhauser-Duda, watched from the Rose Garden.

The rare flyover marked an agreement Poland reached to purchase the advanced aircraft from the U.S. and replace aging Soviet-era planes.

In addition to the sale, the U.S. will send 1,000 more U.S. troops to Poland in a move that ABC News’ Elizabeth McLaughlin says could elicit a strong reaction from Russia: “This is going to put Russia on its toes.” 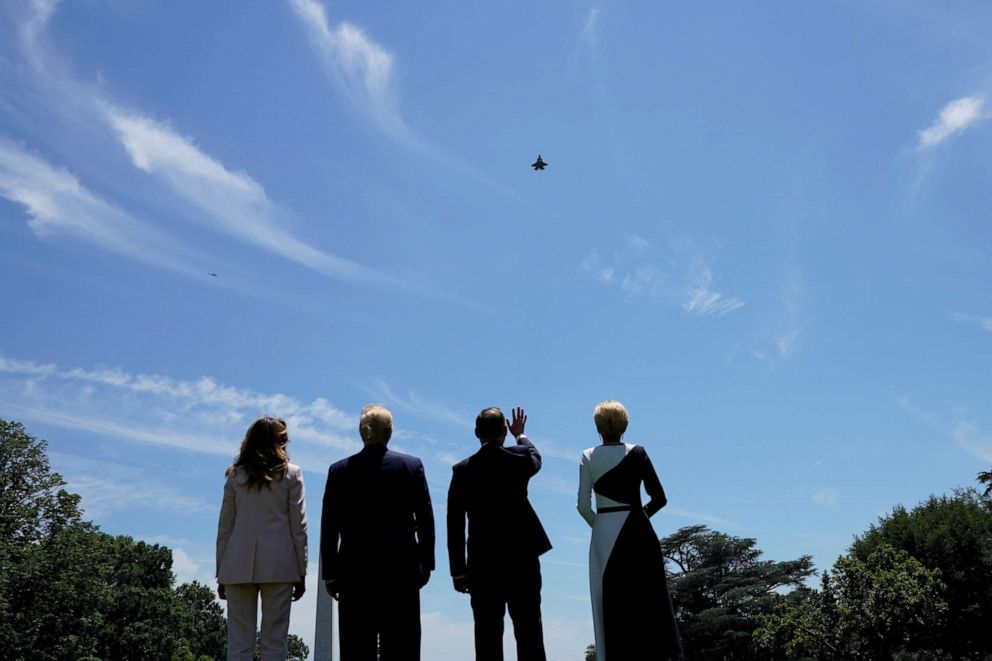 Tens of thousands of protesters gathered in the streets of Hong Kong on Wednesday to demonstrate against a proposed extradition law that would allow people to be sent to China for trial.

Lawmakers were forced to postpone debate over the bill after demonstrators blocked access to the legislative building.

“There was a look of desperation, really, in the eyes of the young men and women that I spoke to,” Longman says. “They basically say, ‘This law is going to pass — we’re not going to be able to stop it.'” 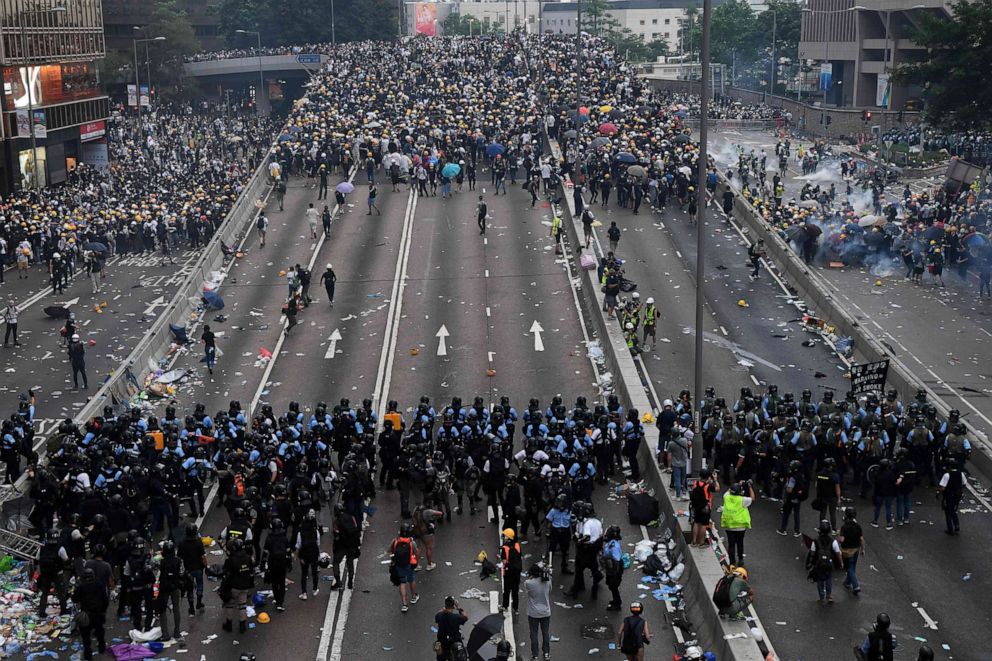 The Cleveland Cavaliers became the latest NBA team to add a women’s coach to their ranks after announcing Lindsay Gottlieb, a Final Four and seven-time NCAA tournament head coach for University of California, Berkeley would become an assistant coach.

ESPN anchor Sage Steele says it’s helpful for “other voices to be heard, even if the message is the same,” but that at the end of the day Gottlieb’s gender shouldn’t matter. “Do you know the sport? Do you have the respect of the players and your peers? And the answer is yes.”

‘It seems like he wants to make Independence Day all about him, instead of a unified celebration of our nation’s independence’: A group wants to fly the “Baby Trump” balloon in Washington on the Fourth of July.

‘The Phoenix Police Department takes all allegations of misconduct seriously’: Video appears to show one officer sweeping the leg of a man in handcuffs while another points a gun at a vehicle containing two children.

From our friends at FiveThirtyEight:

In response to Georgia’s new “heartbeat” abortion ban, Ariana Grande said she will be donating all proceeds — about a quarter of a million dollars — from her June 8 show in Atlanta to Planned Parenthood. 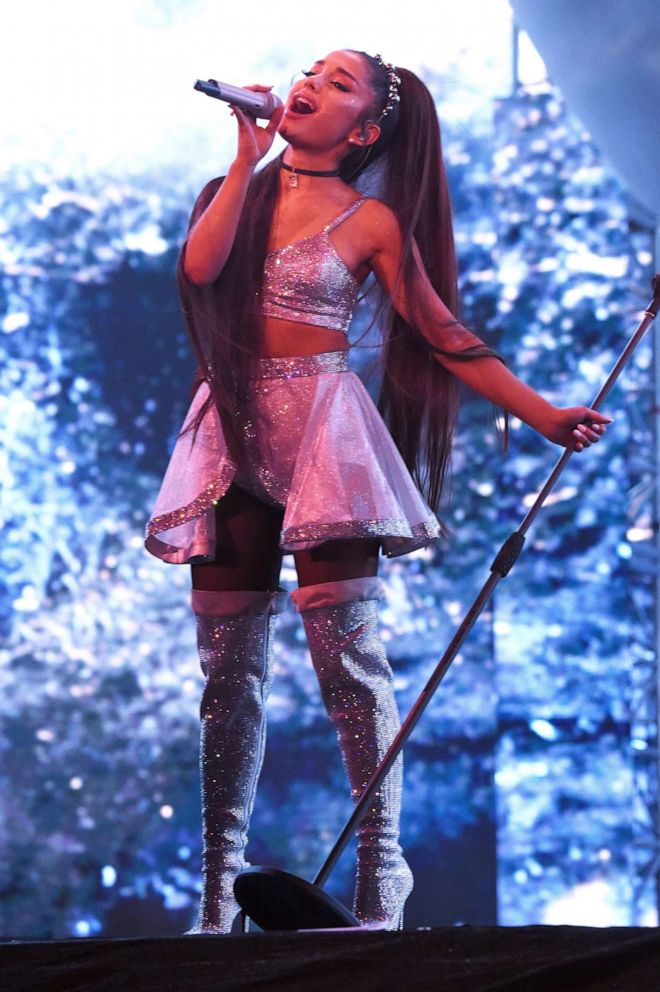 “Ariana Grande’s generous donation comes at a critical time — in Georgia and across the country,” Planned Parenthood Action Fund President Dr. Leana Wen told ABC News in a statement. “Anti-women’s health politicians are trying to ban all safe, legal abortion. … Thanks to inspiring support like hers, Planned Parenthood can continue to fight back — in the courts, in Congress, in state houses and in the streets — against these dangerous attacks on people’s health and lives.”