Rishi Sunak today boasted that the Tories are boosting public spending at a faster rate than Tony Blair as it emerged he is raising the most tax since 1993.

The Chancellor claimed the Conservatives are the ‘party of public services’ as he hailed a £150billion splurge in this parliament.

He said the average increase was 3.8 per cent a year in real terms, the highest rate for more than two decades.

Mr Sunak admitted that he had taken the tax burden to the highest since the 1950s to foot the bill, but insisted he ‘can’t apologise’ for doing so after the pandemic.

Underlining the scale of the increase, the OBR watchdog pointed out that in just two financial packages this year the Chancellor has brought in more revenue than the crisis of 1993.

‘Taking his March and October Budgets together, the Chancellor has raised taxes by more this year than in any single year since Norman Lamont and Ken Clarke’s two 1993 Budgets in the aftermath of Black Wednesday,’ the independent body’s report said.

Meanwhile, other experts said the PM had clearly won the battle over whether the government should splurge more.

The Resolution Foundation said Mr Sunak had received a £141billion boon in the OBR forecasts from reduced borrowing over the coming years, but spent half of that in a ‘Boris Budget’. 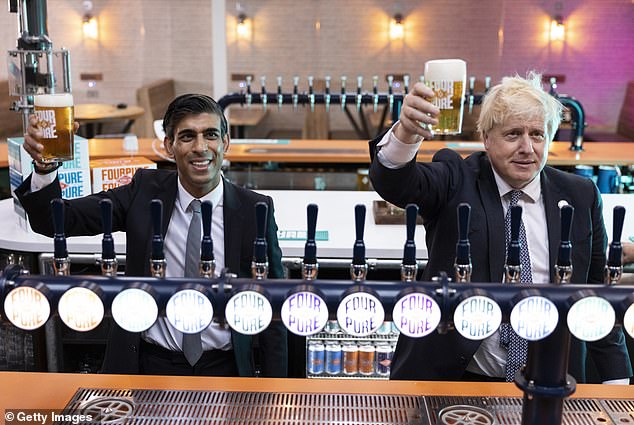 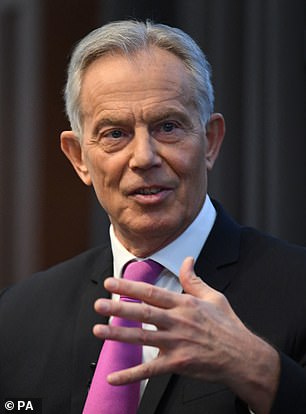 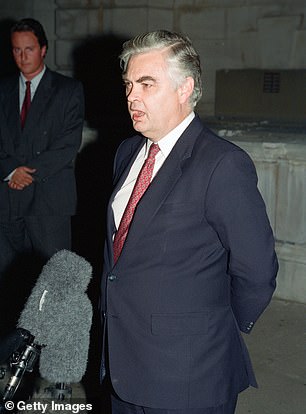 Rishi Sunak today boasted that the Tories are boosting public spending at a faster rate than Tony Blair (left) as it emerged he is raising the most tax since 1993, when Norman Lamont (right) served as Chancellor

The tax burden is going to its highest level since the Second World War, despite Rishi Sunak’s promise that he wants to cut it

In his speech, Mr Sunak said the Budget would usher in a ‘new economy’ after the pandemic as he confirmed billions of pounds for the NHS and wage rises for millions of workers.

‘Today’s Budget increases total departmental spending over this Parliament by £150billion,’ he said.

‘That’s the largest increase this century, with spending growing by 3.8 per cent a year in real terms.

‘As a result of this Spending Review, and contrary to speculation there will be a real terms rise in overall spending for every single department.

‘And public sector net investment as a share of GDP will be at the highest sustained level for nearly half a century. If anyone still doubts it, today’s Budget confirms the Conservatives are the real party of public services.’

Local government will get £4.8 billion in grant funding over three years, the largest increase for more than a decade, he said.

He also promised that the devolved administrations will be given the ‘largest block grants’ since 1998, with an increase to Scottish Government funding in each year by an average of £4.6billion, £2.5billion for the Welsh Government, and £1.6billion for the Northern Ireland Executive.

Research and development spending will be be £20billion a year by the end of the parliament, a 50 per cent increase and a greater proportion of GDP than in Germany, France and the US.

Meanwhile, in a boon for pubs and high street retailers Mr Sunak said their business rates are being slashed by 50 per cent this year – worth £1.7billion. There are also reforms that in total will benefit them to the tune of £7billion.

Fuel duty is being frozen to avoid heaping pressure on drivers amid soaring prices, and alcohol taxes are being radically simplified. A special lower duty rate will apply to draught drinks.

And in one of the most eye-catching moves, Mr Sunak said universal credit is being made far more generous to give families another £2billion. The taper rate – how much claimants lose for every hour they work over the allowance – is being slashed from 63p in the pound to just 55p.

The minimum wage is also being hiked to £9.50 next year, and the public sector pay freeze is being axed.

The splurges are being partly offset by pre-announced tax rises, including the huge national insurance increase for social care and the NHS and using a ‘double lock’ rather than the ‘triple lock’ for state pensions this year.

It means that overall the Budget only leaves the government £7.7billion a year worse off, according to Budget documents.

Spending as a share of GDP is not going back to its pre-pandemic levels, according to the OBR