Supermarkets made to give unsold items to charity or recycling

Paris: France is to pass legislation banning supermarkets and producers from destroying unsold non-food items in a "world first", according to Prime Minister Edouard Philippe.

France has already enacted a law preventing supermarkets from throwing away unsold food, and obliging them to hand it to charity, but the government wants to extend the ban to clothing, electronics or plastics, and other products. 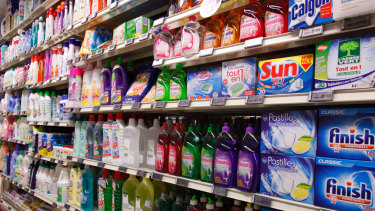 Supermarkets must now pass on unsold goods, rather than chucking them in the bin.Credit:Alamy

Unsold non-food items worth some €650 million ($1 billion) are thrown away or destroyed every year in France.

"We can avoid the scandalous waste of products and objects that are in perfectly good condition," said Mr Philippe. France's main supermarket chains – Casino, Carrefour, Auchan and Leclerc – would have to hand unsold products to charities or recycle them, he added.

Mr Philippe's office said the legislation – part of a "circular economy law" due to pass through parliament in July – would come into force by late 2021 or 2023 depending on the sector. The EU is due to ban single-use plastic items such as straws, forks and knives as well as cotton buds by 2021.

The draft legislation also includes plans for the creation of a "repairability index" for products, alongside other measures.

It comes as French President Emmanuel Macron is seeking to burnish his green credentials after being accused of greenwashing by Nicolas Hulot, the former environment minister who quit the government last autumn. The environment was a top priority in Mr Macron's party's manifesto for last month's European elections, in which it finished second just behind the far-Right.

But he failed to stop 20 per cent of people who voted for him in the first round of the 2017 presidential elections from voting for the Greens, who came a surprise third.