Teenager, 18, is jailed for life for stabbing Aston Villa youth player, 16, to death because he felt humiliated when he approached footballer’s girlfriend at party and she turned him down

A teenager who murdered a 16-year-old Aston Villa youth player at a house party in Coventry earlier this year has been jailed for life.

Sukhbir Singh Phull, 18, plunged a blade into the chest of Premier League starlet Ramani Morgan after a row broke out on Chandos Street, in the Stoke area of the city, on February 29.

Phull, 18, was found guilty of murder following a trial at Warwick Crown Court and was today sentenced to life imprisonment, with a minimum term of 17 years.

A court heard the pair clashed after Phull had ‘tried it on’ with Ramani’s girlfriend at the party in Coventry. 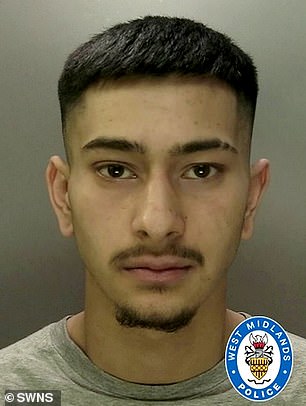 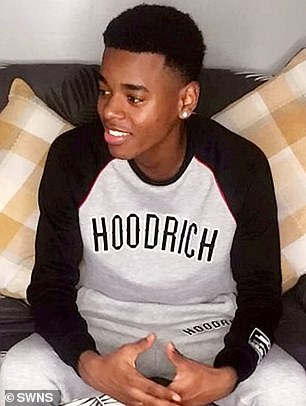 Sukhbir Singh-Phull (left), 18, was jailed for life at Warwick Crown Court for stabbing to death Aston Villa youth player Ramani Morgan (right), 16, at a house party in Coventry on February 29

Phull dragged Ramani Morgan out of the party and attacked him after he was left ‘humiliated and angry’ when his advances to Ramani’s girlfriend were rebuffed.

He pulled a knife out and stabbed Ramani a number of times with one of the stab wounds piercing the youngster’s heart.

Ramani was rushed to hospital with multiple stab wounds after the brutal attack but was pronounced dead just before midnight.

Phull and a 17-year-old boy, who cannot be named for legal reasons, went on trial accused of murder at Warwick Crown Court. 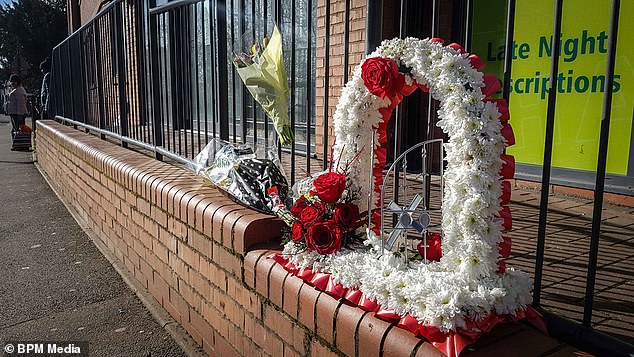 A row broke out on Chandos Street, in the Stoke area of the city, after Phull had ‘tried it on’ with Ramani’s girlfriend at the party. Pictured: Flowers and tributes were laid on Clay Lane, close to where the teenager was fatally stabbed

Phull, of Binley Road, Coventry, was found guilty of murder last month and was jailed for life today while the 17-year-old youth was cleared of the same charge by a jury.

The trial had heard how a fight broke out between Phull and Ramani after his co-defendant had started flirting with the victim’s girlfriend.

He had also earlier turned down an alcoholic drink made by his alleged killers over fears it may have been spiked.

The girl hosting the house party later kicked everyone out as she was afraid the property was going to get ‘trashed’.

At that point, a fight then broke out in the street and the teenager was stabbed four times – including through the cheek and once in the chest – before he collapsed in a pool of blood after trying to run away.

Ramani, who played for the youth teams of Villa and Walsall, could not be saved despite an air ambulance doctor briefly managing to revive him at the scene.

When the teenagers were arrested the next day, officers found the North Face jacket Phull was wearing, with Ramani’s blood on it, at the 17-year-old’s home.

He answered ‘no comment’ in police interviews before eventually being charged with murder. 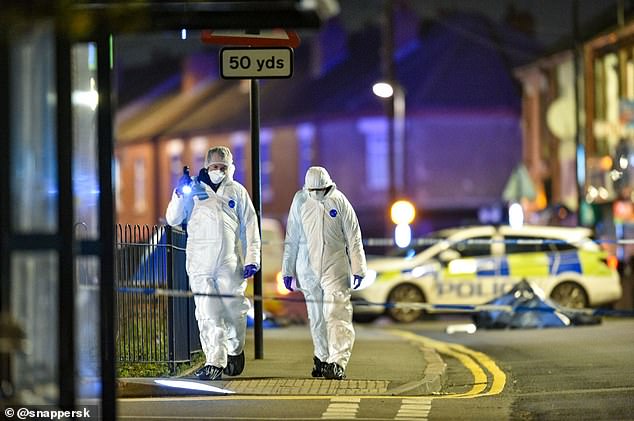 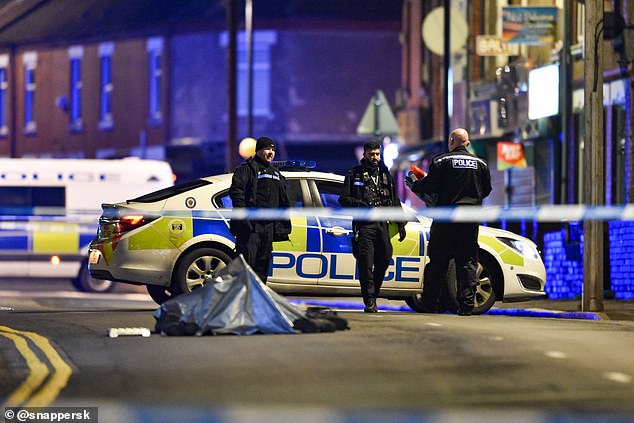 At today’s sentencing hearing, prosecutor Michael Burrows QC said that Phull, who had no previous convictions, had taken a knife to the scene and was ‘armed with it beforehand and produced it during an altercation at night, in streets, in a residential area’.

Mr Burrows said doing so was a ‘serious breach of public order’ and that Phull then ‘disposed’ of the knife, as well as ‘blood-stained clothing’ he was wearing that night and his mobile phone.

He also told the court that Phull had inflicted ‘at least three, if not four, stab wounds’ to Ramani, including two that were done so with ‘severe force’.

Speaking on behalf of Phull, Tim Hannam QC said: ‘Sukhbir Phull did not go to the party that night intending to fight with anyone, let alone Ramani Morgan.

‘He didn’t go there…as part of any pre-formed plan other than to meet some girls and have a good time.’

‘He was a foolish, ill-educated teenager. He isn’t very bright – quite the reverse. He is a teenager who did not succeed at school and left without any qualifications.’

Mr Hannam stated that Phull only pulled out his knife after Ramani himself had produced a knuckle duster and struck Phull with it during the fight.

He also said that the whole fight lasted for only 20 seconds and the knife was only produced during half of that time.

Mr Hannam added: ‘Phull has expressed to me that he is sorry and saddened for what he did.’

A victim impact statement, written by Ramani’s father Tyrone, was read out on behalf of the family.

The family said their ‘whole world fell apart’ the moment they found out their boy had been stabbed to death.

Ramani’s family rushed to his bedside at hospital in Coventry but arrived too late, he had already died by the time they got there.

The family were unable to give Ramani a large funeral due to the coronavirus pandemic and could only have six people at the ceremony.

The family sat through every day of the crown court trial, as well as today’s sentencing hearing, and in the statement Tyrone said: ‘No sentence will ever be enough and nothing can bring Ramani back or ease our pain.

‘We do not want something like this to happen to another family. A clear message needs to be sent out so no other family should go through what we have gone through.’

Ramani’s family described the teenager, who had hopes of making it as a professional footballer, as ‘a lively and popular boy’ who ‘was very humble, always smiling, happy and joking around’.

By now you’ve probably heard the news about the Kardashian family’s disastrous trip to Tahiti. Actually, it sounds like the trip itself was pretty nice, but the negative press surrounding it? Not so pleasant. The Kards chartered a 777 and jetted off to the islands for Kim’s 40th birthday. Then they

END_OF_DOCUMENT_TOKEN_TO_BE_REPLACED

END_OF_DOCUMENT_TOKEN_TO_BE_REPLACED
Recent Posts
We and our partners use cookies on this site to improve our service, perform analytics, personalize advertising, measure advertising performance, and remember website preferences.Ok