‘Tenant from hell’ is now ‘wreaking havoc in her new flat’

‘Tenant from hell’ whose neighbours threw a street party to celebrate her eviction is now ‘wreaking havoc and keeping residents up all night in her new flat’ – and has even forced one to put their house up for sale! 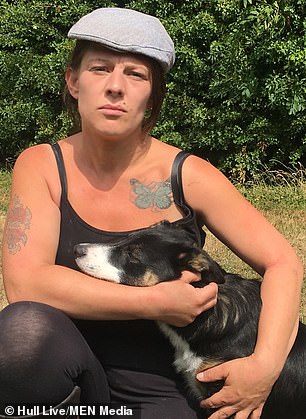 Katie Bentley made lives hell for her former neighbours in Hull, East Yorkshire

She made lives hell for her former neighbours and her eviction from her last address three months ago led to a jubilant street party.

But now, neighbours living next to Katie Bentley at her new flat in Hull claim her noisy late night antics with friends are keeping them up at night and are making them consider selling their homes.

Miss Bentley was finally kicked out of her previous home in the city in March after a battle with landlord Phil Withnall.

The property needed £25,000 worth of repairs to holes in the walls, smashed windows and ripped up floorboards.

Miss Bentley now lives on the other side of the East Yorkshire city and was claimed to have turned her life around.

But her new neighbours say they hear screaming and shouting throughout the night from her home, leaving one woman a ‘nervous wreck’. 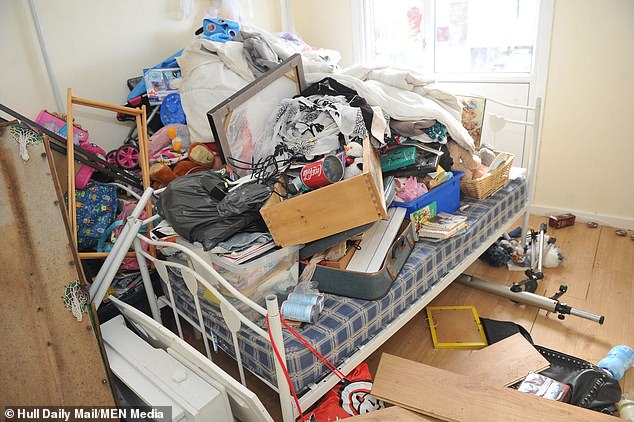 Miss Bentley was finally kicked out of her previous home in Hull, East Yorkshire, in March

She said: ‘She has parties all night, her flat is full of rubbish and there are always people coming in and out. Everyone is scared and the whole street is in uproar.

‘The neighbours on the other side of the road are selling their house and it has got to the point where I’m just a nervous wreck. I can’t take anymore.

‘My husband works and he is losing sleep because of the music and the coming and going of people. Everyone wants rid of her and it’s causing a lot of distress.’

Mohammed Zulfiqar, 49, who lives near Miss Bentley’s new home, said his sleeping patterns have been disrupted by constant noise coming from the address. 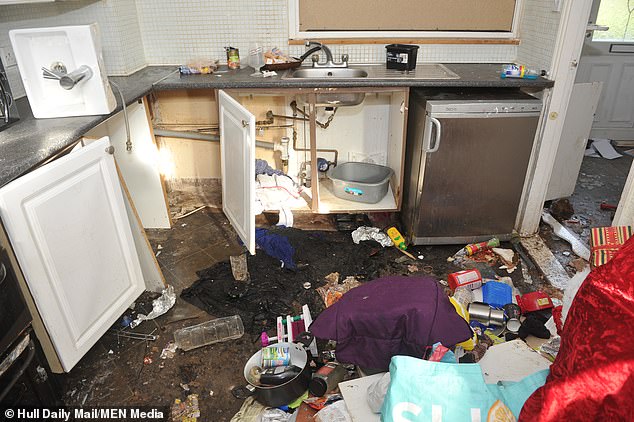 Her old property needed £25,000 worth of repairs to holes in the walls and smashed windows

The father-of-five said: ‘I finish work at midnight and they are noisy all the time. They argue with each other and it’s a big problem. I’ve got two daughters who are 15.

‘They go to school and sometimes they can’t sleep because of the noise and the music. It’s very frustrating.’

Mr Zulfiqar says he cannot afford to move but would look to get out of the street if he had the money to do so.

‘The new people that have moved in are extra noisy and at the minute that house is the problem on the street,’ he said. 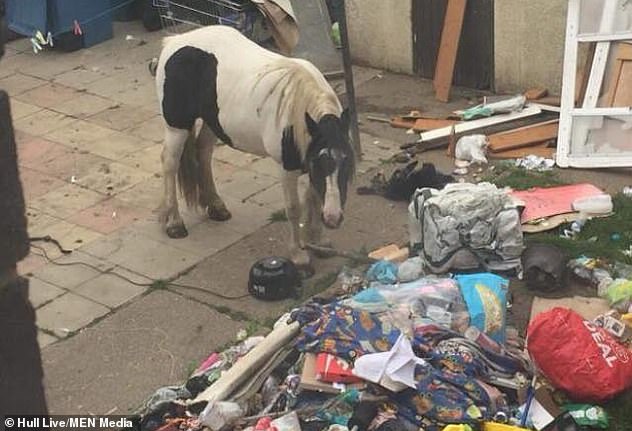 ‘They seem to just sleep during the day and wake up in the evening and then stay awake all night and that creates a problem for working families.’

A 42-year-old man, who also lives on the street, said: ‘They’re shouting all the time. You hear it in the early hours of the morning and it’s very annoying.

‘There’s a lot of coming and going and you often see two or three people waiting to go in.’

A 56-year-old man living opposite added: ‘There’s always shouting. It’s not nice, I can’t sleep and I end up at waking up at 3am. 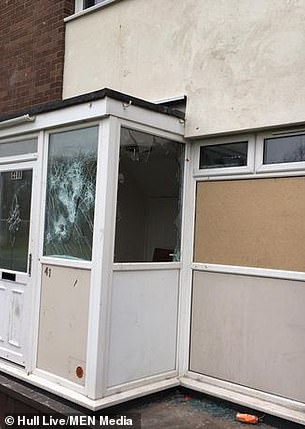 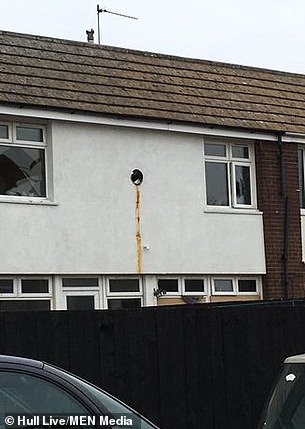 ‘About three weeks ago somebody threw two bricks at the window and it’s just not a nice street to live on.’

Two skylights in the roof of Miss Bentley’s property have allegedly been damaged and Alex Vo said he has also heard shouting and screaming from the house.

‘At night time you hear shouting all the time and this goes on until 3am,’ the 30-year-old said.

A 41-year-old woman, who has lived in the street for 18 months, said she initially felt sorry for Miss Bentley but admitted she also has sympathy for her ex-neighbours. 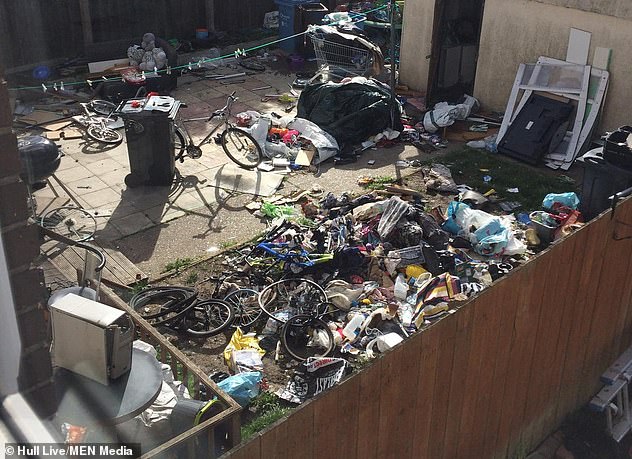 She said: ‘You hear screaming and shouting and I heard her say something like ‘I’ve got a bigger pair of balls than you’. She is a woman – there was no need to hear that.

‘She was a resident on the street and I think to begin with it might have been good if the community stood against people taking the p*** out of her because everyone needs a bit of support and I think sometimes people go on downward spirals.

‘I’m sure she has not meant for her life to be the way it is but she is the only one in control of it and it has followed her from one address to another.

‘It makes you wonder whether it really is all other people’s fault and she has got to take some of the blame.’ 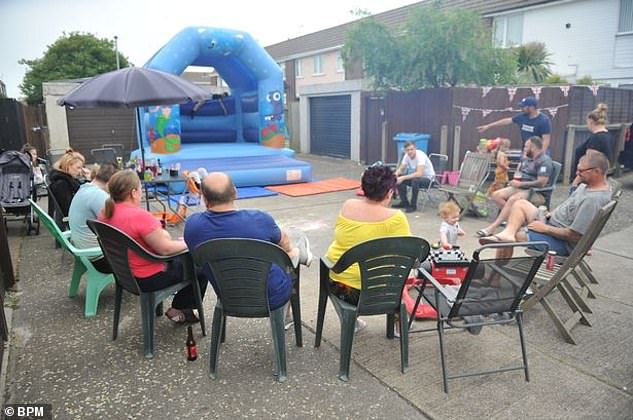 Miss Bentley was approached at her new address and said: ‘My concerns are for my family’.

Speaking previously in January, Miss Bentley said: ‘I went to jail in October for a week for failing to surrender because I didn’t want to hand myself in to the police.

‘While I was in prison my windows got smashed by smackheads. All the loud noises the neighbours hear is me getting beaten up. It’s me shouting for help.

‘People go round and let themselves in because the landlord won’t secure the locks. They climb in and out and they have nicked all my baby’s toys.’