THIS is the terrifying moment a crazed knifeman stabbed two paramedics in the chest and back while they were out on a 999 callout.

Brave NHS workers Deena Evans, 40, and Michael Hipgrave, 52, were knifed and left with gaping wounds while on duty in Wolverhampton, West Mids, in July last year. 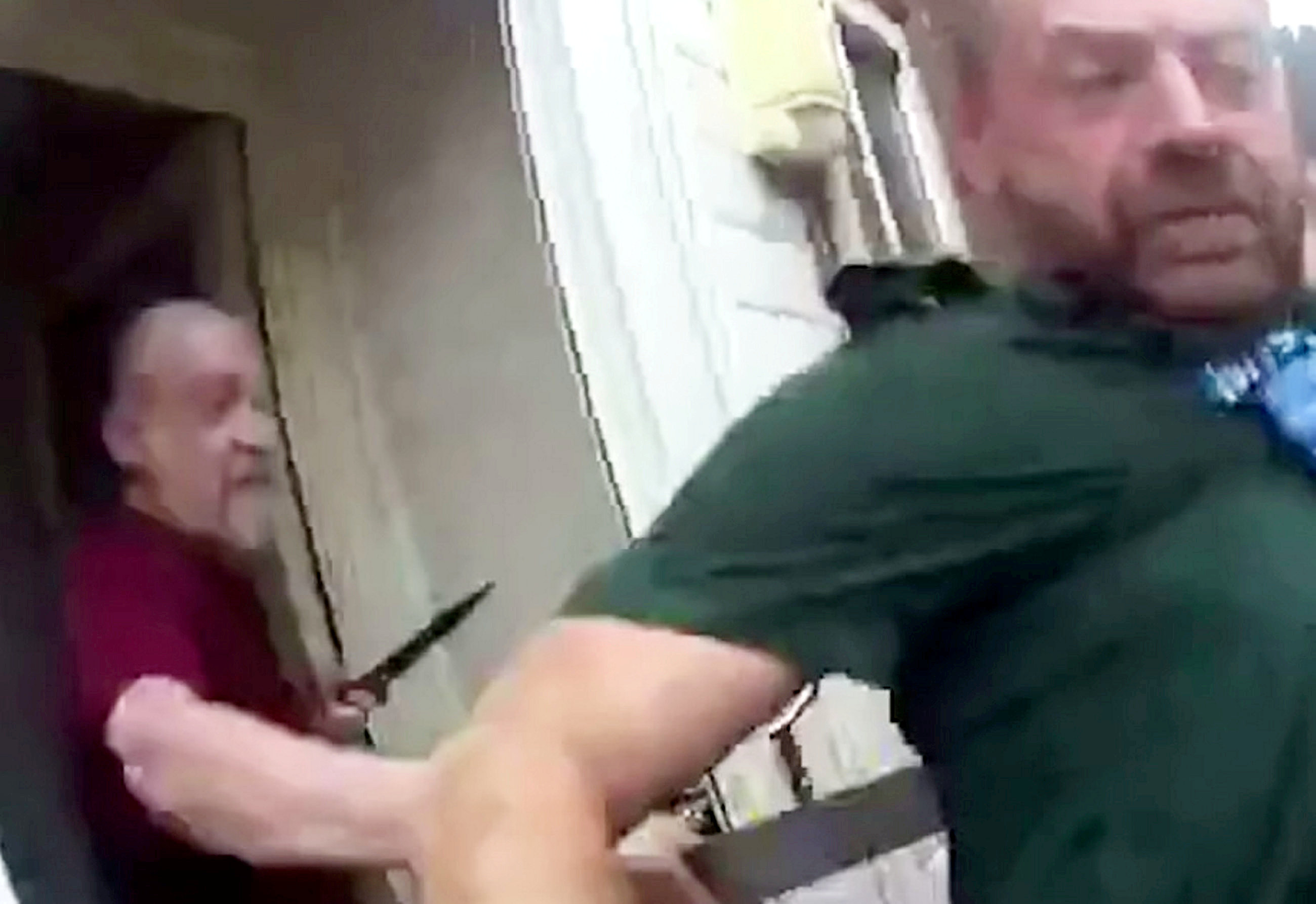 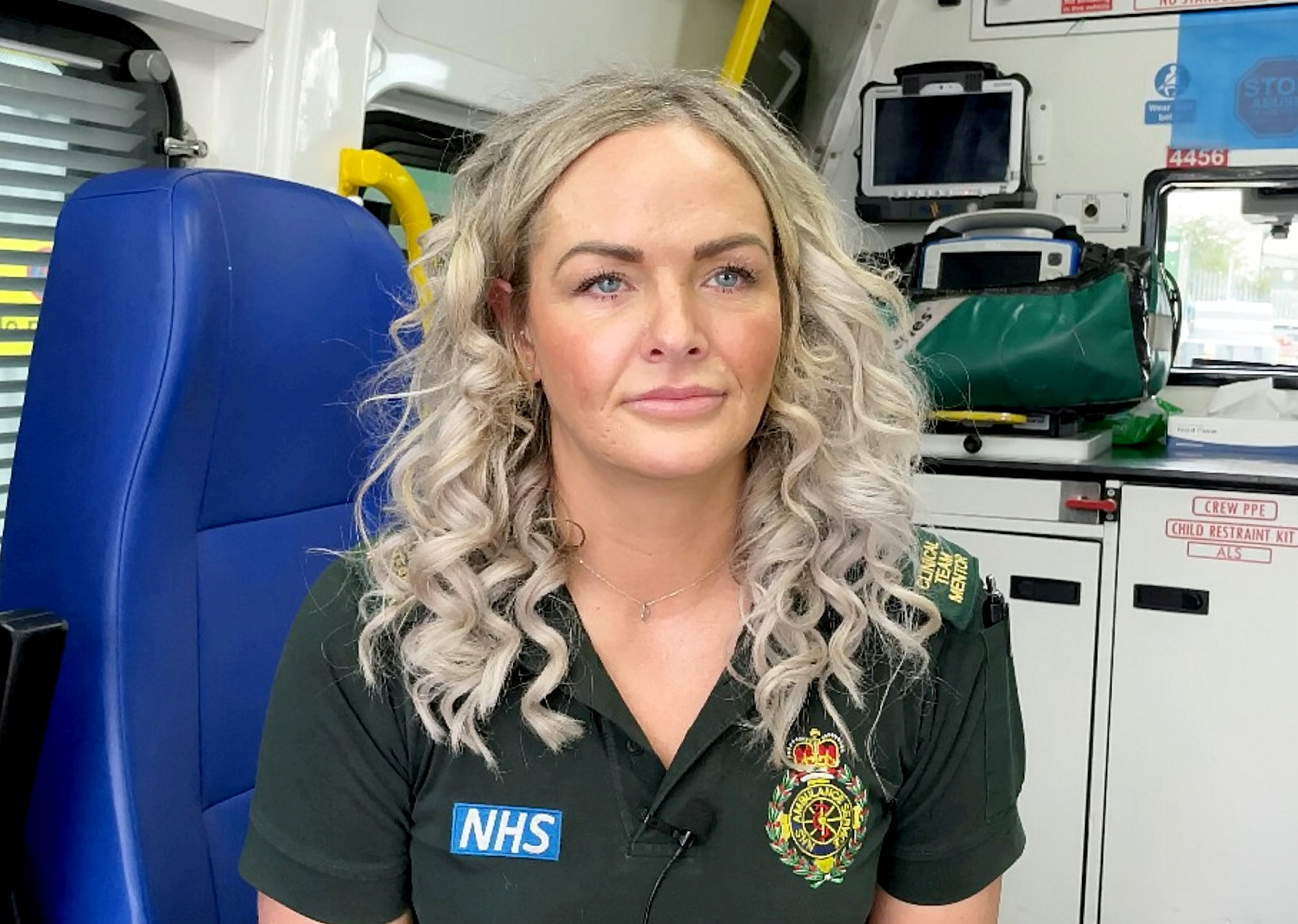 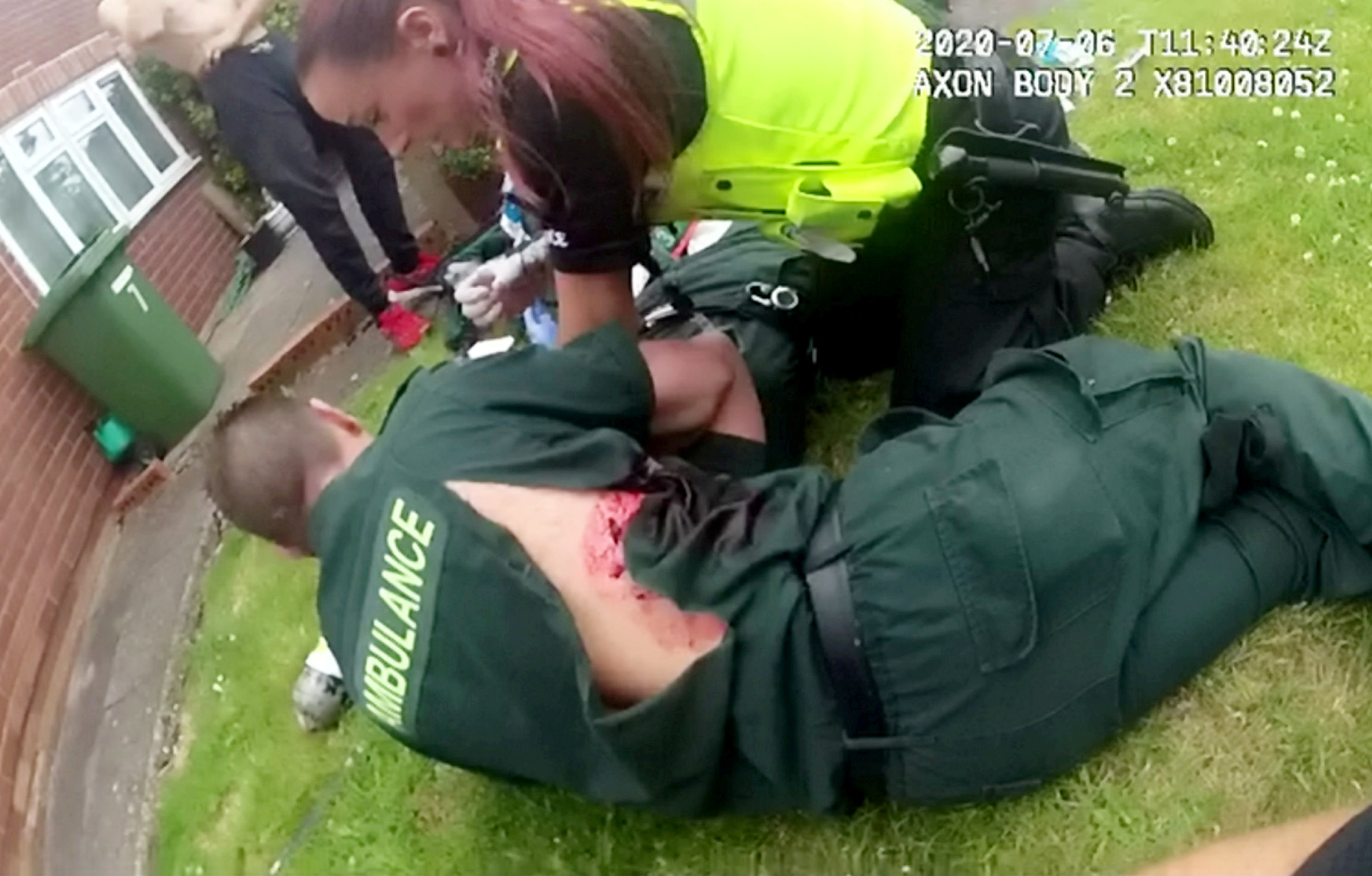 Mum-of-three Deena was stabbed once in the chest and fellow medic dad Michael was slashed across his back by 52-year-old Martyn Smith.

He was today locked up for nine years at Wolverhampton Crown Court after admitting two counts of wounding with intent.

The court heard how Mick and Deena were attacked by jobless Smith with two large kitchen knives.

Neighbours said they heard "blood curdling screams" and the ambulance workers shouting "please help, he's got a knife" during the terrifying incident.

Graphic images of the wounds were released, along with stills from police body-worn video footage, showing Ms Evans lying on the grass, with an injured Mr Hipgrave.

In a victim impact statement read in court, Deena told how she relives the attack every time she shuts her eyes.

Speaking out about the brutal attack, she told Smith: “Your sentence will not give me back the year I lost, neither will it take away my painful and ugly scar, or the mental stress you caused. 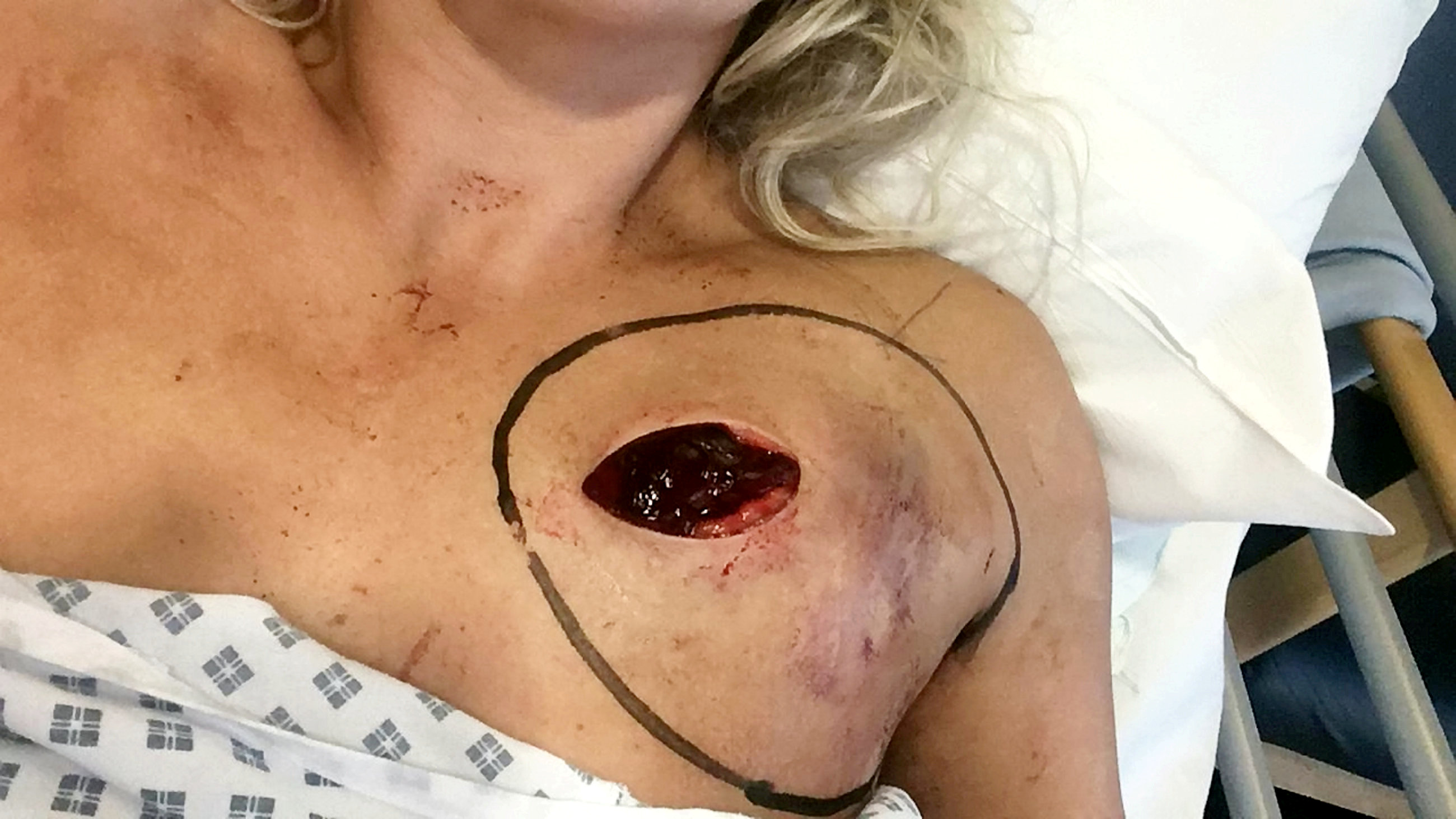 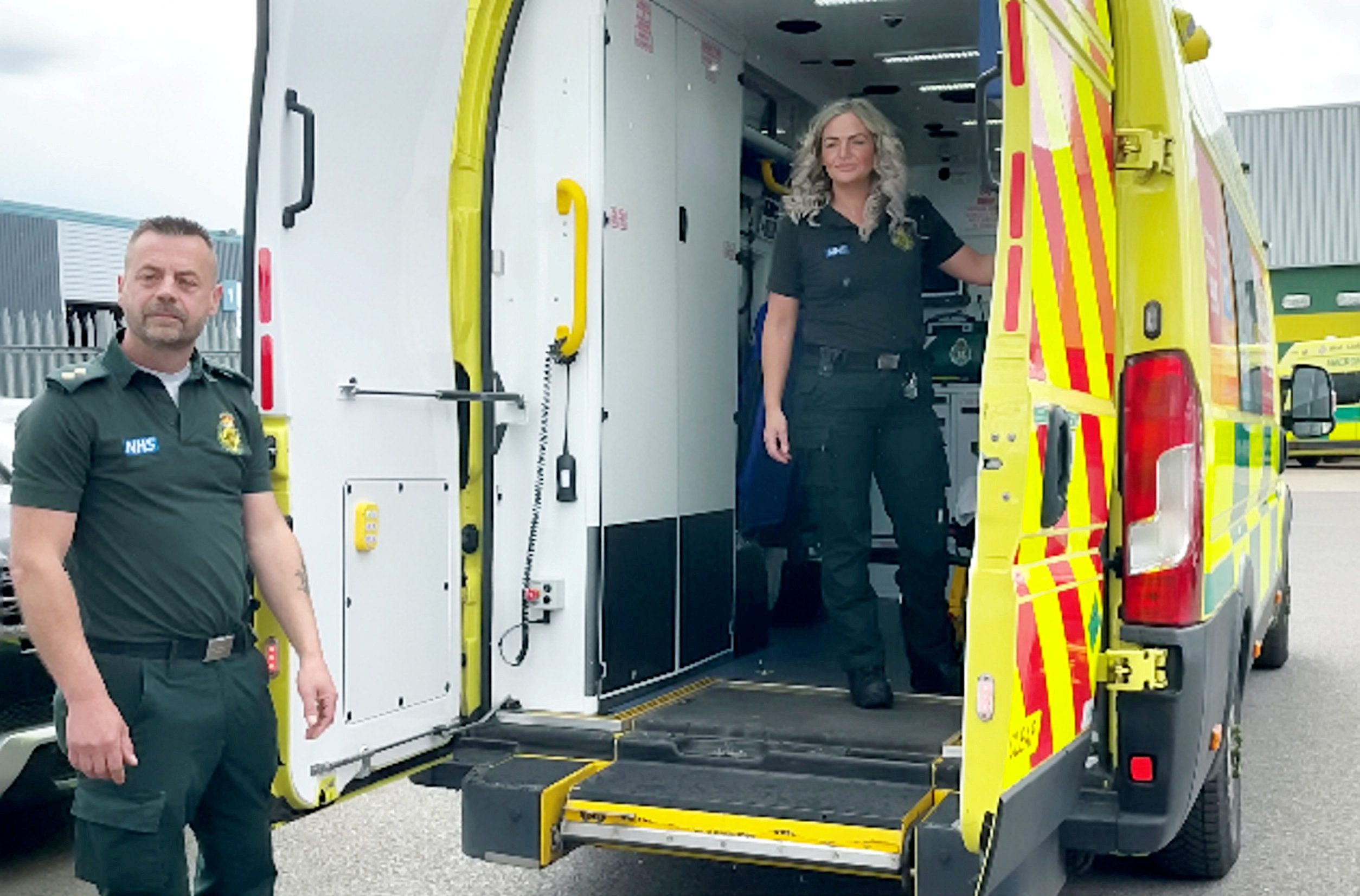 "However, hopefully, your sentence will be enough to act as a deterrent to others who think it is okay to attack other emergency services when they have made a choice to simply do a job.”

She added: "I see your face, the exact moment you stabbed me, over and over I see the moment you looked me square in the eye, before you lunged at me holding a knife in each hand in the air.

"I see that image at night when I try to sleep, you're there whether I close or open my eyes, that same stare. I have flashbacks constantly throughout the day; I can never unsee that image. I don’t feel safe anymore, not even in my own home.

"I have rituals of window and door checking repeatedly throughout the day, hyper-vigilant and anxious that something bad will happen, and for this, I take sedatory medication just to help calm me down. 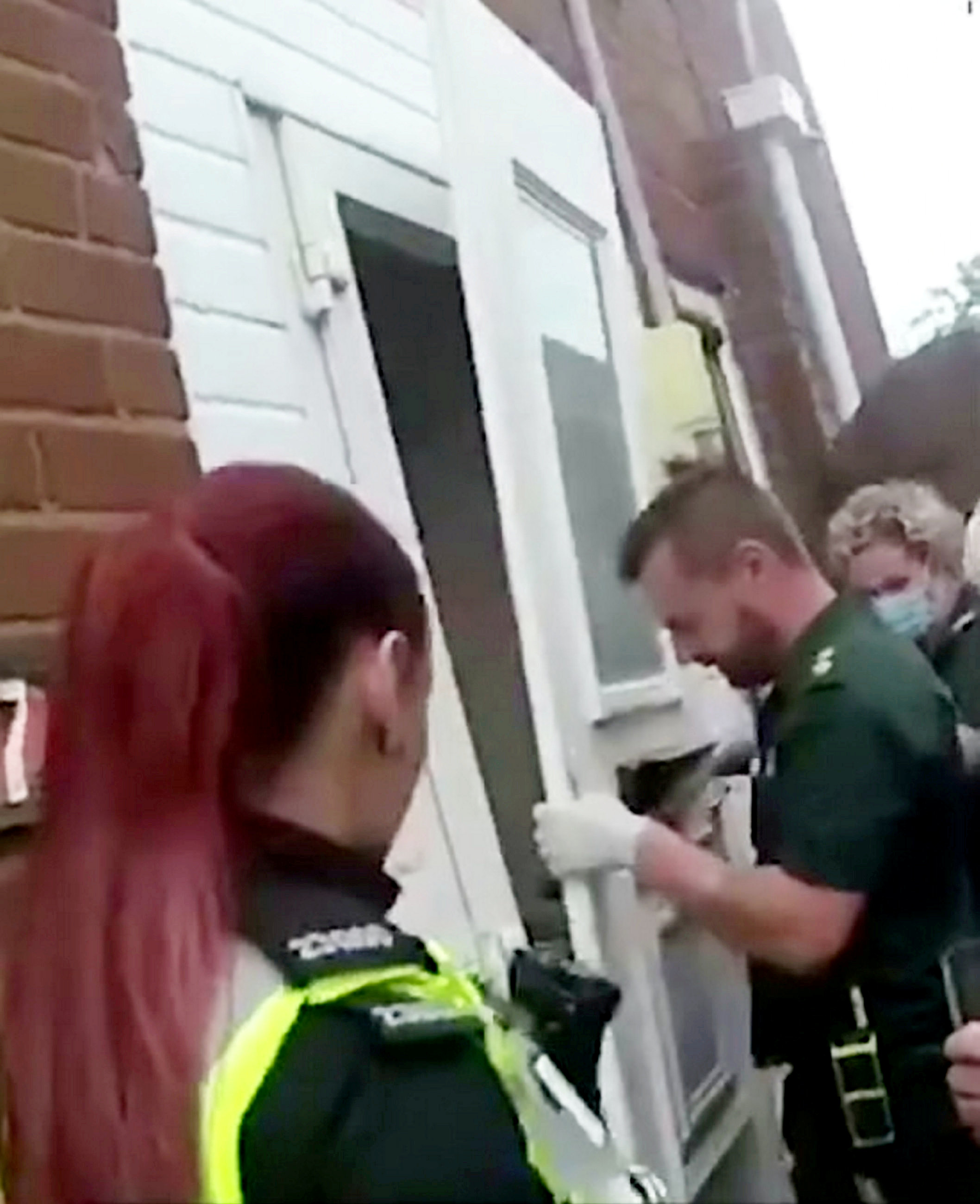 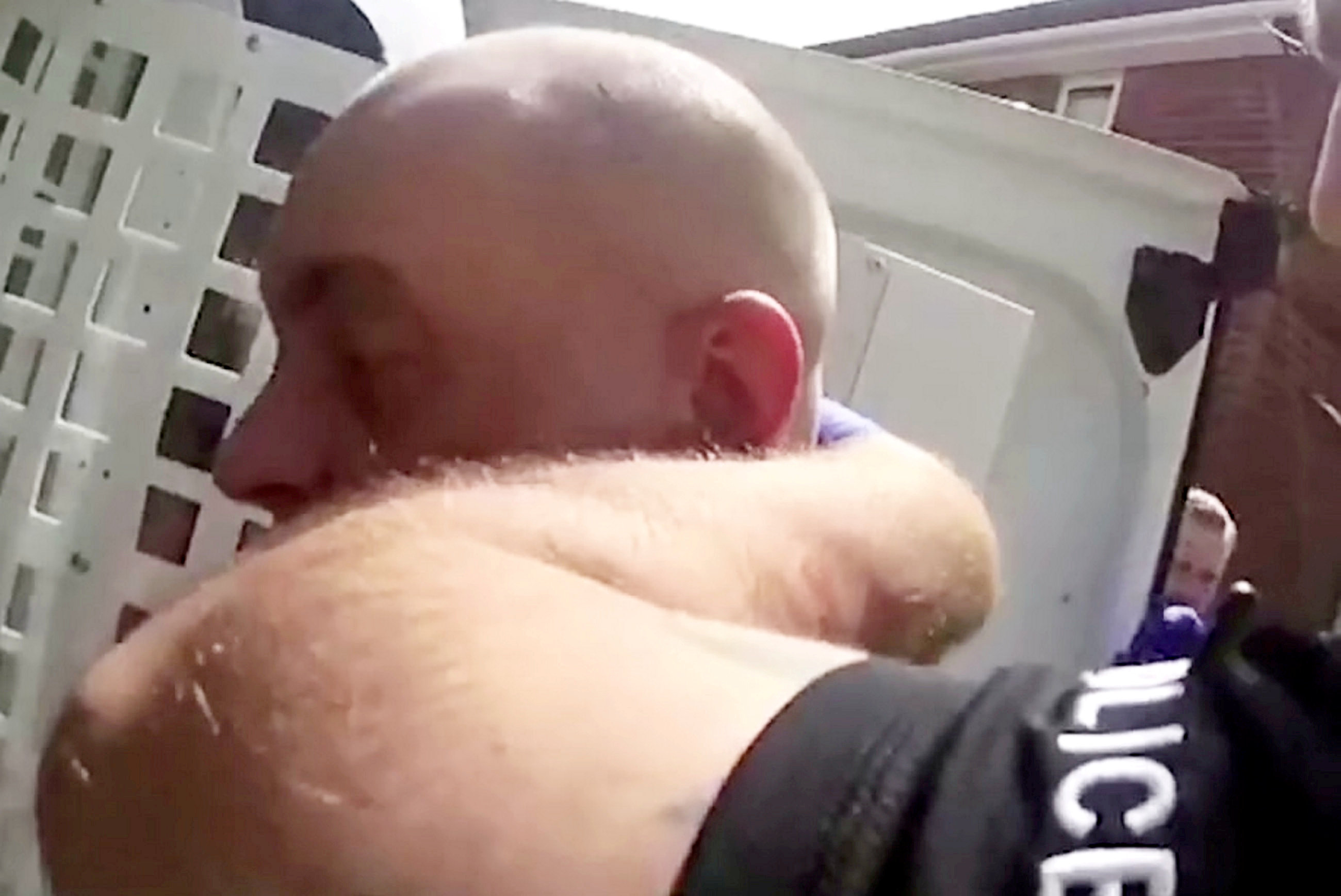 "I panic when I leave the house, just to do simple things like shopping or seeing friends, always looking for the exit.

"That day, you took all that I am away from me."

Deena suffered a punctured lung in the attack and spent three days in hospital following surgery.

Mick was stabbed in the back and was discharged from hospital the same day.

The pair spent months off work for both their physical and mental recovery.

Smith was Tasered by police at the maisonette in Stephens Close.

He had been due to go to his mother's for Sunday dinner but never turned up because he was was "suffering a hangover."

Prosecutor Simon Burch said: "The defendant's mother drove to his home and despite banging on the door there was no response.

"She was concerned about his wellbeing and went back the next day, a Monday.

"There was no response again so she called the police.

"Paramedics Deena Evans and Michael Hipgrave received welfare requests and were first at the scene.

"There was no response from within so Mr Hipgrave removed a panel from the door and Deena entered first.

"Ms Evans pulled the door open and was confronted by the defendant who jumped out with kitchen knives in both hands.

"She described his eyes as wild, his teeth were clenched.

"He plunged the knife into her chest the Mr Hipgrave pulled her behind him to protect her.

"Then the defendant stabbed him in the right lower back.

"Seeing the defendant wielding both knifes the officer deployed his taser.

"Both paramedics were losing consciousness and said they thought they were going to die."

Glen Cook, defending Smith, said: "I'm instructed to convey a sincere apology to the victims, their families and the wider paramedics community; this is a subject of sincere remorse.

"When he was told about the gravity of the incident he violently shook.

"His first words were 'what I have done, are they OK?'.

"It is a case of sincere remorse, as little solace as it may be to the victims, I am instructed to apologise on his behalf. "

"For two paramedics to be stabbed so horrifically whilst simply trying to help a patient is sickening.

"I want to also place my thanks on record to the crews who attended Mick and Deena and had the heart-breaking job of saving their lives.

"My gratitude also goes to the police officers at the scene. If it weren’t for their quick interventions on the day, the result could have been even worse.”

Over the last year 1,162 physical attacks were record on West Midlands ambulance staff. The service has purchased 1,288 body cameras for all frontline crew.