Texas became the largest state Wednesday with a law that bans abortions before many women even know they are pregnant, but with a unique provision that essentially leaves enforcement to private citizens through lawsuits against doctors or anyone who helps a woman get an abortion.

The law signed by Republican Gov. Greg Abbott puts Texas in line with more than a dozen other states that ban abortions after the detection of a fetal heartbeat, as early as six weeks. Federal courts have mostly blocked the measures from taking effect.

But with the Supreme Court this week agreeing to take up a Mississippi law that bans abortion after 15 weeks of pregnancy, abortion rights activists worry that a ruling favorable to the state could lay the groundwork for allowing even more abortion restrictions, including so-called heartbeat bills. 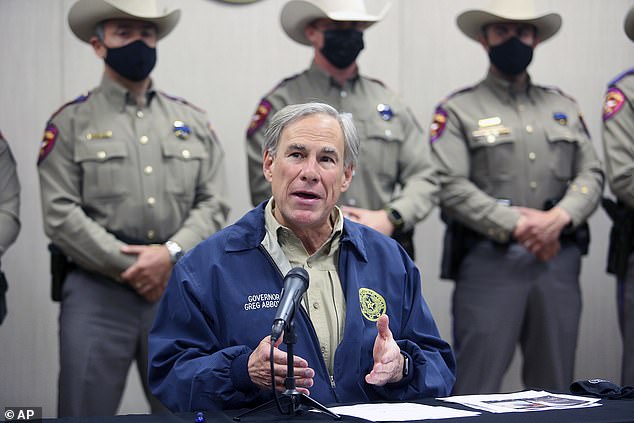 The law signed by Republican Gov. Greg Abbott puts Texas in line with more than a dozen other states that ban abortions after the detection of a fetal heartbeat, as early as six weeks. Federal courts have mostly blocked the measures from taking effect

Texas’ version is unique in that it prohibits state officials from enforcing the ban. Instead, it allows anyone – even someone outside Texas – to sue an abortion provider or anyone else who may have helped someone get an abortion after the limit, and seek financial damages of up to $10,000 per defendant.

Critics say that provision would allow abortion opponents to flood the courts with lawsuits to harass doctors, patients, nurses, domestic violence counselors, a friend who drove a woman to a clinic, or even a parent who paid for a procedure.

Texas law currently bans abortion after 20 weeks, with exceptions for a woman with a life-threatening medical condition or if the fetus has a severe abnormality. More than 90% of abortions take place in the first 13 weeks of a woman´s pregnancy, according to the Centers for Disease Control and Prevention.

The Supreme Court will probably hear the Mississippi case in the fall, with a decision likely in spring 2022.