The forgotten piece of Sellotape that nailed Rikki Neave's killer

The forgotten piece of Sellotape that finally nailed Rikki Neave’s killer: How tape used to collect fibres from six-year-old’s clothing was re-discovered in 2015 cold case review and found to contain the murderer’s DNA

The killer of abused child Rikki Neave was brought to justice thanks to a 28-year-old piece of Sellotape that contained clothing fibres carrying his DNA.

James Watson, 40, was convicted last week of the six-year-old’s murder, nearly 30 years after Rikki was found strangled in woodland near his home in Peterborough, Cambridgeshire.

The child, who was repeatedly abused during his life by his mother Ruth Neave, had been posed in a star shape by Watson.

He was 13 when he carried out the crime in November 1994 but escaped justice after suspicion fell on Rikki’s mother.

In 1996, she was tried and found not guilty for her son’s murder, but was sentenced to seven years in prison after admitting child cruelty.

For nearly two decades, the case remained unsolved until Cambridgeshire Police agreed to re-open the investigation in 2015 following repeated campaigning by Ruth Neave.

Whilst nearly all of the evidence that had been collected in the original investigation had been destroyed or returned to Rikki’s family, police found envelopes containing pieces of sticky tape that ultimately damned Watson.

They contained fibres collected from Rikki’s clothing that were found to be a ‘billion to one’ match to Watson’s DNA. 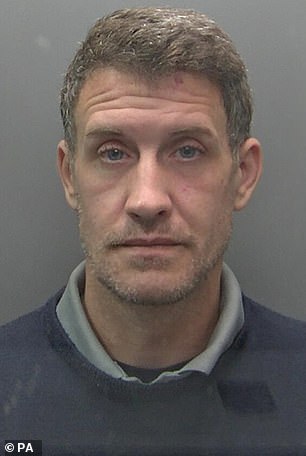 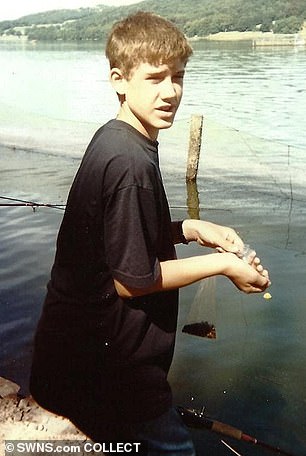 James Watson, the twisted killer of abused child Rikki Neave, was brought to justice thanks to a 28-year-old piece of sellotape that contained clothing fibres carrying his DNA. Watson, 40, was convicted last week of the six-year-old’s murder, nearly 30 years after Rikki was found strangled in woodland near his home in Peterborough, Cambridgeshire

Speaking to the Telegraph, the now retired detective who met Neave and her partner eight years ago to hear her pleas for the case to be re-opened told how he agreed to conduct a review of the investigation.

Because he was not involved in the original case, Paul Fullwood said he had ‘no baggage’.

Two earlier reviews into the murder case, in 2013 and 2014, failed to examine the tape containing the DNA.

Mr Fullwood believes that if Neave’s treatment of her son had not been so brutal, the case would have been re-opened sooner.

He said there was ‘always a feeling’ among the officers involved in the original case that Neave ‘may have done it’.

Neave had been described in Watson’s trial as a ‘wholly unfit’ mother who used her son as a drug runner and ‘punch bag’. 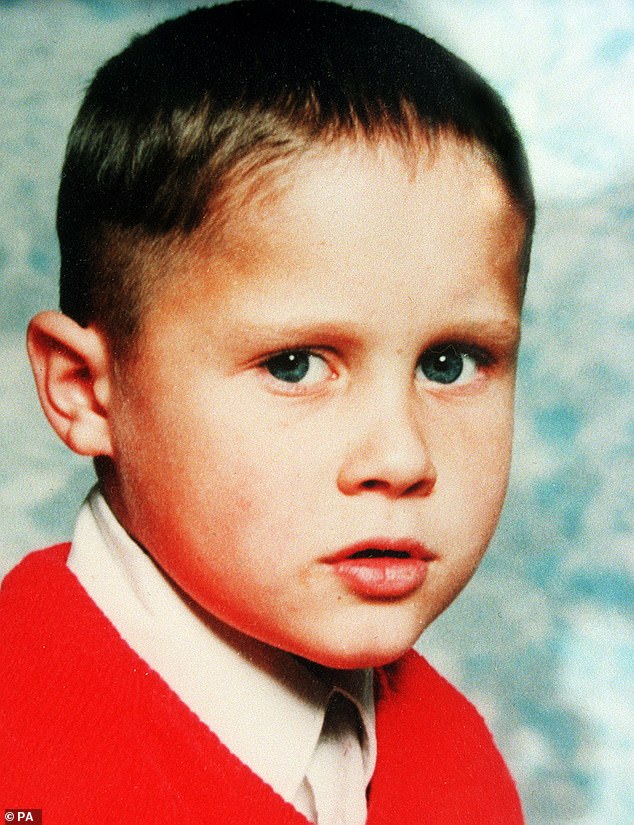 Six-year-old Rikki Neave was found strangled, naked and arranged in a ‘star pose’ near his home in Peterborough in November 1994

On one occasion, Rikki was allegedly left screaming after being locked out of the house in his pyjamas; in another it was claimed Neave had held her son upside down on a bridge as he screamed.

She had also grabbed the child around his throat, pushed him against a wall and lifted him up ‘to the point his feet were about a foot above the ground’.

During the review, police had to comb through more than 15,000 documents, whilst nearly all of the original evidence was gone and Rikki’s body had been cremated.

Watson had his DNA taken for the first time in February 1995 after he was arrested for burglary.

Using forensic techniques that were not available during the original investigation, police were able to match the fibres that were found to Watson’s DNA.

Watson’s name had already been identified by Fullwood’s review team as being one that needed ‘more thorough’ questioning than what it had received in 1994.

In the original case, Watson’s name was discounted very quickly. This was due, Fullwood said, because of the ‘tunnel vision’ of officers who were focused on Ruth Neave.

Watson was arrested on suspicion of murder in 2016. By then, he was already a serial offender.

Among his misdeeds was the setting alight of a a British Transport Police station in Peterborough.

After he was bailed, Watson fled to Portugal, where he posted photos of himself on the beach.

He had boasted about having left the UK in a mobile home, despite having no passport.

He then ended up homeless and begged to be flown home in emails to his probation officer.

Watson was eventually arrested in Lisbon and flown back to the UK. It was not until 2020 that he was charged.

In the face of the DNA evidence linking him to Rikki’s murder, the criminal claimed he had picked the child up during a brief encounter in the street on the day of his disappearance.

He said he had lifted Rikki up so he could look through a hole in a fence to watch diggers at work.

But he also claimed that he did not know ‘what the true events are’ and said it was ‘possible’ he had not touched Rikki. 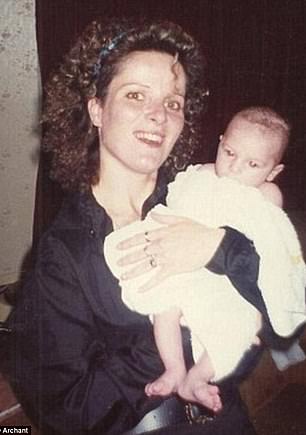 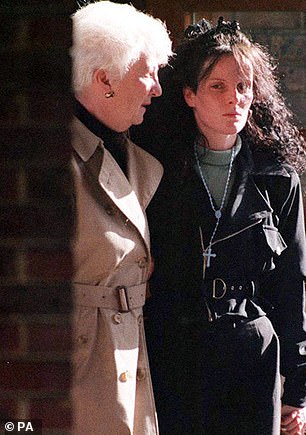 However, police were able to establish that the fence in question was not there in 1994.

Witnesses also saw Watson leading RIkki to the woods an hour before the schoolboy was killed.

He had also been reported months earlier for sexually assaulting a five-year-old classmate of Rikki’s.

Days before the killing, he told his mother about an imagined radio report of a two-year-old child being kidnapped, strangled and left in a dyke.

Jurors also heard during his trial that he had a ‘grotesque interest’ in child murder. 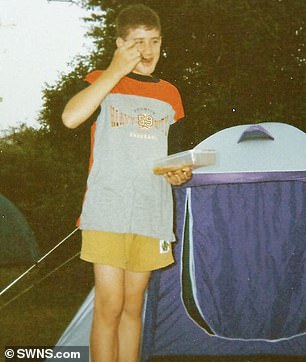 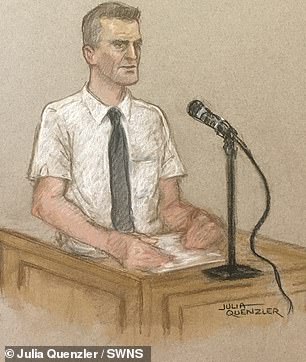 Watson is seen above left during a camping trip when he was a child, and right during his trial at the Old Bailey

This testimony contradicted Watson’s initial claim that he had never met the child.

Watson was convicted of murder after 36 hours of deliberation by jurors.

In a statement following the verdict, Ms Neave had said: ‘The only thing now is to close this chapter in my life and open a new one.

‘I wonder what Rikki would be like today, married, children? Who knows?

‘But this monster has taken that all from me and my daughters.’

She praised jurors for making the ‘right decision’ and thanked ‘people that believed in me and Rikki’.

‘This is not the time to celebrate, as it should never have happened,’ said Ms Neave.

She described police and social services in the original investigation as ‘framing me for my son’s murder’.

‘Neglect and cruelty were used by these people to cover their own failings, information was gathered from liars, who gave multiple statements with many different versions of their lies,’ she said.

‘Statements were released to the media and I was not allowed to defend myself because of a gagging order from social services, so anyone could say anything and get away with it.’