The loudest voices in lockdown were appallingly entitled (and wrong)

Victoria has beaten coronavirus. Hooray. The Andrews government takes the credit. Logic dictates that they must also accept the blame for it getting out of control. 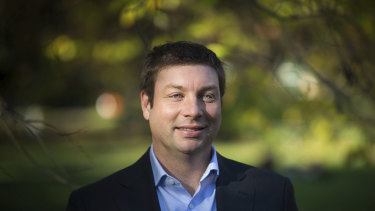 Jennifer Coate, the former chief coroner and royal commissioner now inquiring into hotel quarantine, has seen her share of disasters. This was another. We await her final report but in the interim she has provided guidance on how to do hotel quarantine safely.

Unsurprisingly, people must be tested as they leave isolation, an oversight that was breathtaking. She recommends e-carceration using digital devices. It will be cheaper and more reliable than under-trained security staff. The police must overcome their reluctance to take charge and ensure strict – not vague – compliance. Then domestic and international flights can safely resume.

Those from the conservative side of politics are frustrated that Premier Daniel Andrews is still popular. If they could not tear him down now, when can they? 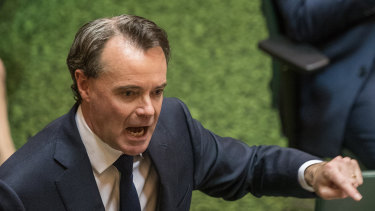 Michael O’Brien said he got his approach as Opposition Leader right in recent months.Credit:Jason South

Michael O’Brien as Liberal Party leader is under enormous pressure to lift their standing or make way for someone who will. But who? Tim Smith has proven he is not ready. His regular public catch-ups with former leader Matthew Guy suggest improbably that Guy may have the appetite for another bruising contest against Dan Andrews. Until John Pesutto can be brought back there is no obvious alternative.

The Libs' new tactic is to cast doubt on Coate's independence and rigour. They display a Trumpian urge to discredit anyone who does not share their world view. They ought to be politely told to await her final report. Criticising something you have not seen may grab a headline but does nil for credibility. The medical and health community, economic advisers, business and public service leaders will not be impressed with knee-jerk reactions. To discredit a report you have not read is comical.

We have seen a confusing inversion of policy. The party that urges privatisation, that argues the public sector cannot be trusted to efficiently deliver anything, is urging the use of police and military for hotel quarantine. The trade-union based ALP was quick to install heavily casualised private contractors to do the job.

It is puzzling that the people who do not trust government to do anything are so keen to capture the very system they deride. Is it because they think there must be pools of money to dish out to their mates and sponsors … like paying $30 million for a $3 million plot of land? Or grants for sporting clubs that did not apply?

It is no coincidence that the Liberal Party, business figures and Murdoch media pundits were united in their rabidly critical attacks. That highlights the level of co-operation and co-ordination behind the scenes.

The business names featured in the full-page ads read like the guest list at a Liberal Party fundraiser and held zero sway with the state government. A waste of money.

And the media? The voters of Victoria for now two state elections – and last week also in Queensland – ignored the lopsided coverage by the Murdoch papers. The ageing gatekeepers fail to understand or react to their own loss of influence.

The bullying, hunt-in-packs approach of those commentators may be reassuring to their welded-on base, but it does not persuade the “undecideds” and is little more than conservative virtue signalling matching that which they so readily mock in progressives.

The craziest contributions called for the state governor or even the governor-general to intervene and dismiss the Premier, call an immediate election or introduce martial law. The authors of these stupid claims love nothing more than being name-checked, so I decline. In the mind of any reasonable observer, their commentary is incredible – not credible.

This nonsense, it must be noted, ran only in the Murdoch papers and on their repetitious preaching-to-converts cable TV shows seen by a few thousand tortured souls. No wonder Kevin Rudd’s petition for an inquiry into Murdoch influence has over half a million signatures.

Cameos from self-aggrandising buffoons Clive Palmer and Sam Newman deserve a special mention: a charismatic but vacuous blend of ignorance and self-interest masquerading as pseudo-science, attracted to the spotlight as flies are attracted to dung. Their self-focused arguments – “I should be able to play golf, I want to go to Perth” – undermined the sacrifices made by millions in a selfless community effort. If I never hear another word from either of them I will be delighted – but am not holding my breath.

We all hated lockdown. We were all keen for it to end. Why would any rational person agitate against the very measures that bring it to an end quickly? How is it consistent to argue you hate the lockdown but at the same time you will undermine it, thus ensuring it goes longer?

As the Premier said, he ignored the loudest voices. Their sense of entitlement amidst an emergency was troubling and wrong, and they ought be mature and honest enough to admit it. Again – don’t hold your breath.

Someone tweeted that living in Melbourne under lockdown was worse than living in North Korea. I offer to that idiot a one-way ticket to Pyongyang. Life in Melbourne throughout winter was unpleasant and frustrating – but it was not exactly the siege of Stalingrad.

Jon Faine is a former presenter on ABC 774.

END_OF_DOCUMENT_TOKEN_TO_BE_REPLACED

Inside huge Amazon warehouse that is bigger than five football pitches

Online giant Amazon let cameras into its mammoth-sized Hemel Hempstead operation to meet its team of robots and staff. Amazon's fulfilment centre in Hemel Hempstead, Hertfordshire, which opened in 2012, is one of several in the UK housing millions of goods ready to be shipped out. HertsLive was granted exclusive

END_OF_DOCUMENT_TOKEN_TO_BE_REPLACED

AN EX-Cuomo aide slammed the governor as a "snarling attack dog" who is "milking" the pandemic following his book release and Emmy win. Alexis Grenell, Cuomo's former deputy director of intergovernmental affairs, published a scathing column in The Nation titled "The Collapse of the Cuomosexual." "The Andrew Cuomo New Yorkers

END_OF_DOCUMENT_TOKEN_TO_BE_REPLACED

END_OF_DOCUMENT_TOKEN_TO_BE_REPLACED
Recent Posts
We and our partners use cookies on this site to improve our service, perform analytics, personalize advertising, measure advertising performance, and remember website preferences.Ok