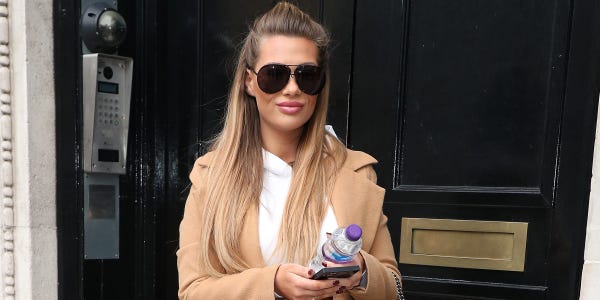 The UK government paid social media influencers, including stars from the reality show "Love Island", undisclosed amounts to promote its Test and Trace service, the BBC reported on Monday.

Test and Trace is a service provided by the National Health Service to test individuals who have symptoms of the coronavirus and trace close recent contacts of anyone who tests positive.

As a part of a wider campaign to inform the public about it, the government confirmed it paid social media stars to share posts about the contact tracing service.

"Our use of social media influencers has meant over 7 million people have been reached," a government spokesman told the BBC. "This is just one part of a wider campaign utilizing TV, radio, social, print, and other advertisements to ensure that the public has the information it needs."

Costs involved with the campaign will be published on gov.uk in the coming weeks, the BBC reported.

Several influencers from the British dating reality TV show "Love Island" were asked to put paid Instagram posts on their feeds, including Shaughna Phillips, a former contestant on the show.

Phillips shared a post, marked as an ad, to her 1.5 million followers with the hashtags #letsgetback and #gettested.

A throwback to what I love most! Nights out and good friends! Although this may feel like a distant memory to us all, we can all do our part to make sure we can get back to better times, as safely as possible. Guys I want to remind you about the importance of Coronavirus testing and that its totally free, quick and is vital to stop the spread of coronavirus. Getting tested for coronavirus is the best way for us all to get back to doing the things we love and I love nothing more than spending time with my friends. Yesterday I visited my nearest drive though testing centre, which is literally 2 minutes from my house! I was able to book a test online, and have it carried out all under 1 hour, it was so convenient! When I woke up this morning I had already received my results by text and email! I’ve also checked the Royal Mail website to see where my nearest priority postbox is, as well as the stickers I need to look out for on the postbox itself. This will help me in the future if I need to carry out a home test kit. Everyone with symptoms, no matter how mild, can get a free test by calling 119 or visiting NHS.uk. #letsgetback #gettested #ad

In her post, Phillips writes about "the importance of coronavirus testing" and tells her fans to "get a free test by calling 119 or visiting NHS.uk" if they experience symptoms of the virus.

I miss times like these with the boys! 🏌️‍♂️😫 Getting tested for coronavirus is the best way for us all to get back to doing the things we love. We all play a crucial part in helping normalise this behaviour. I went online to make sure I knew where my local drive through centre is located, and booked a test off the back of this. I was worried I might have mild symptoms so I tested just to be sure, and it was so so simple! Testing is free, quick and vital to stop the spread of coronavirus. Everyone with symptoms, no matter how mild, can get a free test by calling 119 or visiting NHS.uk. #letsgetback #gettested #ad

For me, the biggest thing I have missed over the past few months is travelling, both in England and around the world. By getting tested for coronavirus we can get back to the good times, making memories and not having to post any more throwback pictures. @NHS has done an incredible job and now it's our turn to help them out by getting tested- we all have a crucial role to play! To remind everyone, testing is free, quick and vital to stop the spread of coronavirus. Everyone with symptoms, no matter how mild, can get a free test by calling 119 or visiting NHS.uk. Washing our hands and covering our face will still be part of everyday life but at least holidays and travel will be too ✈️. @nhswebsite #letsgetback #gettested #ad

According to Captiv8, social media influencers with more than 1 million followers can earn up to $20,000 for posting ads on their feed, the BBC reported.

As of this week, Test and Trace has reached 75.5% of close contacts in England within 72 hours, which is below the target of 80%, the Guardian reported.

END_OF_DOCUMENT_TOKEN_TO_BE_REPLACED

END_OF_DOCUMENT_TOKEN_TO_BE_REPLACED
Recent Posts
We and our partners use cookies on this site to improve our service, perform analytics, personalize advertising, measure advertising performance, and remember website preferences.Ok