Home » World News » The UK has 'broken free of the curse of low wages', Kwarteng says

The UK has 'broken free of the curse of low wages', Kwarteng says

The UK has broken free of the curse of low wages, Kwasi Kwarteng declared yesterday.

The Business Secretary told Tories that Brexit was an ‘opportunity’ to reset the economy with higher wages and more skilled jobs – as ministers faced down warnings of a disaster due to labour shortages.

Farmers protested outside the conference over a lack of butchers, warning the shortage would result in the unnecessary slaughter of tens of thousands of pigs. 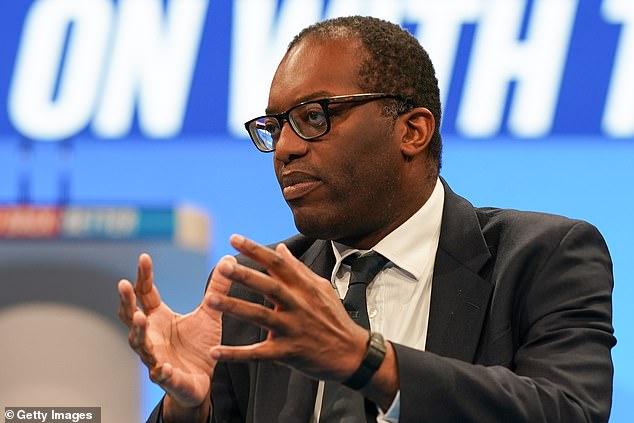 Last night, Government sources said butchers were on the ‘skilled’ list and so could work in the UK provided they met language and salary requirements.

The farming industry wants some of the criteria to be relaxed.

On Sunday, Boris Johnson appeared to be unaware of the factors facing the industry.

Yesterday Mr Kwarteng delivered a robust message that there could no return to the pre-Brexit reliance on high immigration and low-paid workers.

‘As a consequence of Brexit we have essentially broken free of that model and what we want to do, what we want to go into, is a high-wage, high-skilled economy,’ he said. 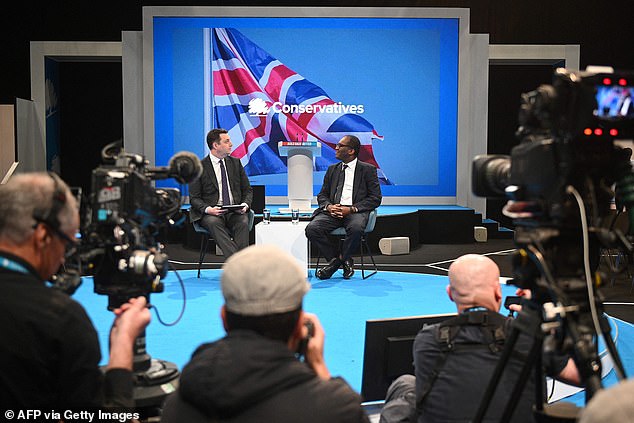 Pig farmers say a lack of skilled butchers could lead to the ‘emotional and financial disaster’ of 120,000 animals being slaughtered on farms and then incinerated because they cannot go to the abattoir.

They held placards saying: ‘No butchers. No bacon. No British pig industry.’

The president of the National Farmers Union warned of a ‘welfare disaster’ over the issue.

Minette Batters told Radio 4’s Today programme: ‘We have never had a cull of healthy livestock in this country and this cannot be a first.’

Nick Allen, chief executive of the British Meat Processors Association, said he was ‘surprised’ that the Prime Minister appeared to be unaware of problems facing pig farmers.

Tens of thousands of butchers are needed and the training period for each is around 18 months, he said.

‘We’ve had a long-term reliance on non-UK labour and it’s going to take a long time to adjust.’

No 10 insisted that the Government has been working with the meat processing industry to address concerns.

Mr Johnson appeared to be unaware of the problem when he was questioned on BBC1’s The Andrew Marr Show. His initial response was: ‘I hate to break it to you but I am afraid our food processing industry does involve the killing of a lot of animals.’

When it was pointed out to the PM that the problem was they could not be sold for food, he replied: ‘The great hecatomb [sacrifice] of pigs that you describe has not yet taken place, let’s see what happens.’ 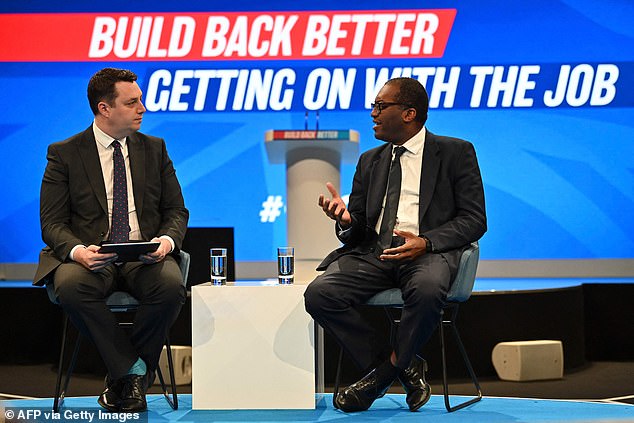 The pig farming industry faces problems due to several issues, including a lack of butchers and other production workers.

Labour shortages and Covid outbreaks in factories have meant that there is not enough capacity to process the meat.

While butchers are on the skilled list of workers allowing foreigners to work in the UK post-Brexit if they meet the criteria, the industry argues that the rules are too tough.

To work as butchers they must meet language and salary requirements. Ministers say issues are occurring because Britain is transitioning to a higher wage economy and will no longer be reliant on cheap European labour.

But pig farmers are demanding short-term visas for foreign workers because they say they have not had enough time to train a UK-based workforce.

Government sources said they were ‘looking at a range of options’ to tackle the problem – but short-term visas were unlikely to be included.