Home » World News » Those who lived, loved and are gone: John Bangsund

Those who lived, loved and are gone: John Bangsund

In the late 1990s, the offices of Meanjin magazine in Melbourne would receive a package of tobacco-scented and wine-stained proofs four times a year.

They were from their charismatic editorial consultant John Bangsund who, with an unmatched studiousness and attention to detail, had pored over each issue to make sure no errors or inaccuracies had slipped through before it went to print. 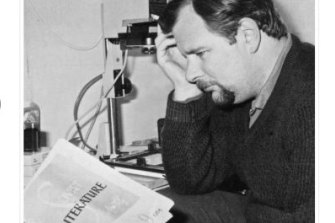 It was this unwavering passion for words and writing, matched by a deep knowledge about everything from classical music to science fiction, that saw the Melbourne editor become a beloved figure within literary circles for decades.

John was born in 1939 and raised in Northcote, a working class area of Melbourne at the time. He was the oldest of three children and his parents were very religious in a “very practical way,” says his wife Sally.

“Both parents put a lot into the local community, helping people, and that's the environment that John grew up in, with that sort of openness and acceptance of people.”

He left school in 1954 and enrolled in a theology course at the Churches of Christ College of the Bible in Glen Iris, enjoying learning about religion and history.

But it didn't quite fit, and he moved into book selling and writing before moving to Canberra where he joined the Commonwealth Parliamentary Reporting Staff and the Australian Government Publishing Service.

It was here in the country’s capital that he met Sally. 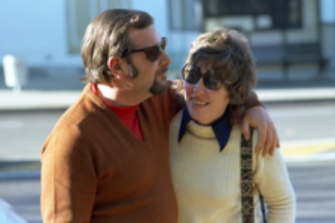 “I put an ad in the dalliance column of Nation Review and John responded,” she recalls. “I was attracted by the letter. It was very creative, and in absolutely beautiful handwriting.

“He was an editor and a writer and spoke of science fiction and classical music. He said he couldn’t think of anything that didn’t interest him."

“His voice sounded rather like Phillip Adams," she says. "We met on a Saturday. We had a meal and I felt like I had known him all my life, and two months later we moved in together.

“We ended up getting married the following year.”

The couple moved to Adelaide, and then back to Melbourne, renting a cottage in Kew. John worked for a range of publishers on-site and also freelance.

Then, he landed a job as assistant editor at Meanjin in 1988. 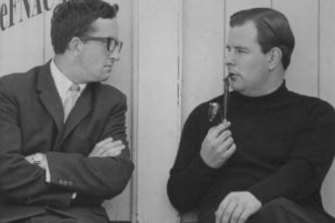 “That’s the job that he loved the most,” says Sally. “We both had great respect for Meanjin as a magazine, so John was absolutely rapt when he got the editor position there.”

Gerald Murnane, who met John when they were both aged 22 at a night-school course in philosophy, was Meanjin’s fiction editor at the time.

"I loved him for his wit and his erudition. For taking the trouble to look things up. It was a delight to be in his company, so lively, and always humble," he says.

In 1992, he invented the adage Muphry’s Law, which is now used around the world: "If you write anything criticising editing or proofreading, there will be a fault of some kind in what you have written."

John and Sally split in 1998, but stayed married.

“We never stopped being best friends, which totally confused our relatives,” says Sally.

John moved around the corner from where Sally was living and they saw each other most days. In 2005, he had a major stroke.

“We thought that he might lose that brilliance, because it attacked the speech and understanding,” says Sally.

“But the wonderful thing is that he got all of that back just at a slower pace and he gave up the smokes and the grog in 2005. And that's the reason he lasted as long as he did, which was wonderful. 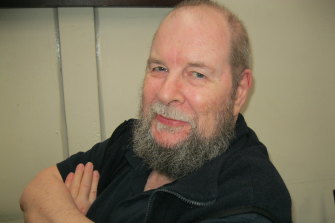 John passed away on August 22 after contracing COVID-19.

John discovered Facebook in 2010, publishing many of the pieces he had written over the years, as well as photos, puns, parodies, pictures of cats and cars, and music and movie recommendations.

He loved producing the newsletter for the Victorian Society of Editors, where he was the newsletter editor for 18 years, as well as following his great passion for science fiction by producing fanzines from the early '60s.

“The thing that gave him the greatest pleasure was probably on a Saturday or Sunday afternoon, I would go and collect him from Collingwood and we'd go out to a bookshop, and then go and have coffee and cake somewhere,” says Sally.

“We knew all the bookshops around Fitzroy and Northcote and it was terrific and I used to get the same pleasure. We would go in and enjoy ourselves so much.

“There was such a gentleness about him and also a genuine love of people.”

Earlier this year, John made the difficult decision to move into aged care. He contracted coronavirus and passed away at 2.40am on August 22. He was 81.

He never wanted a funeral, and as Sally says, they would have only been able to have a small one anyway.

But the hundreds of stories which have flooded in from those that loved and respected John have helped enormously.

“It’s been a lovely way of celebrating John.”

The Age welcomes submissions from families or friends who would like to pay tribute to those taken by the pandemic for inclusion within this series. Please contact [email protected] and [email protected]

END_OF_DOCUMENT_TOKEN_TO_BE_REPLACED

END_OF_DOCUMENT_TOKEN_TO_BE_REPLACED
Recent Posts
We and our partners use cookies on this site to improve our service, perform analytics, personalize advertising, measure advertising performance, and remember website preferences.Ok