THOUSANDS of people held a candlelit vigil to mark 30 years since the bloody crackdown on protests in Beijing's Tiananmen Square. 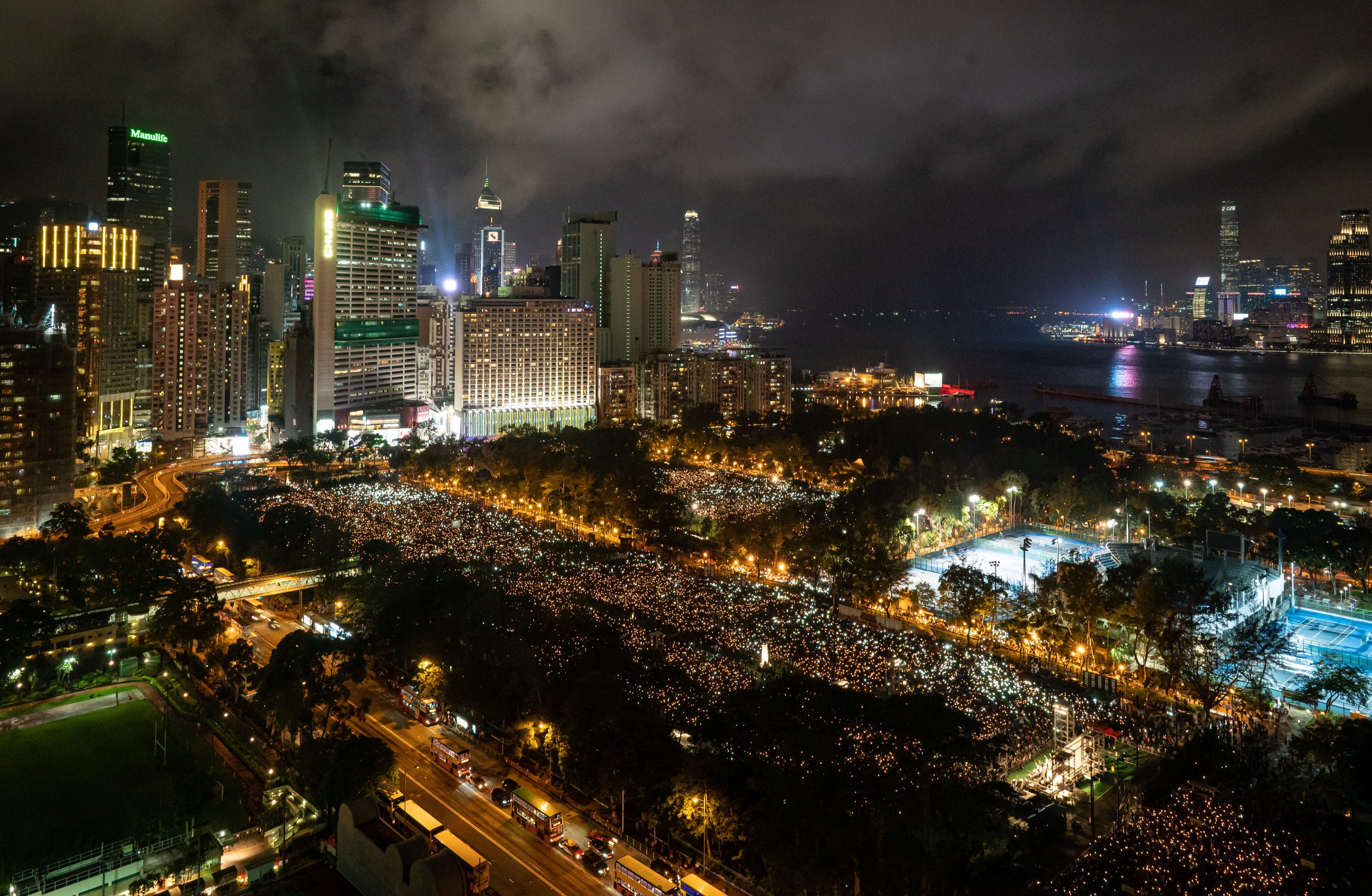 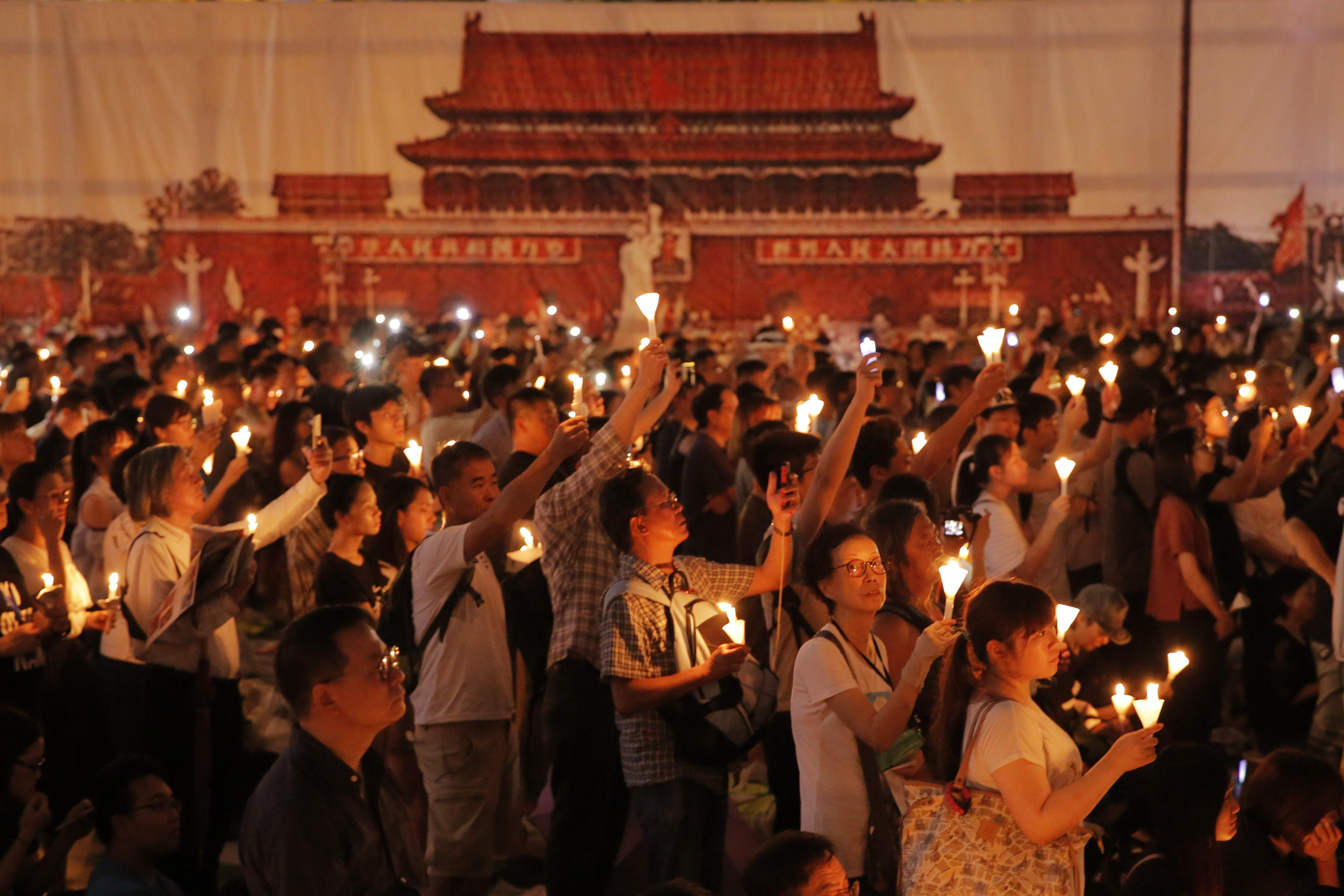 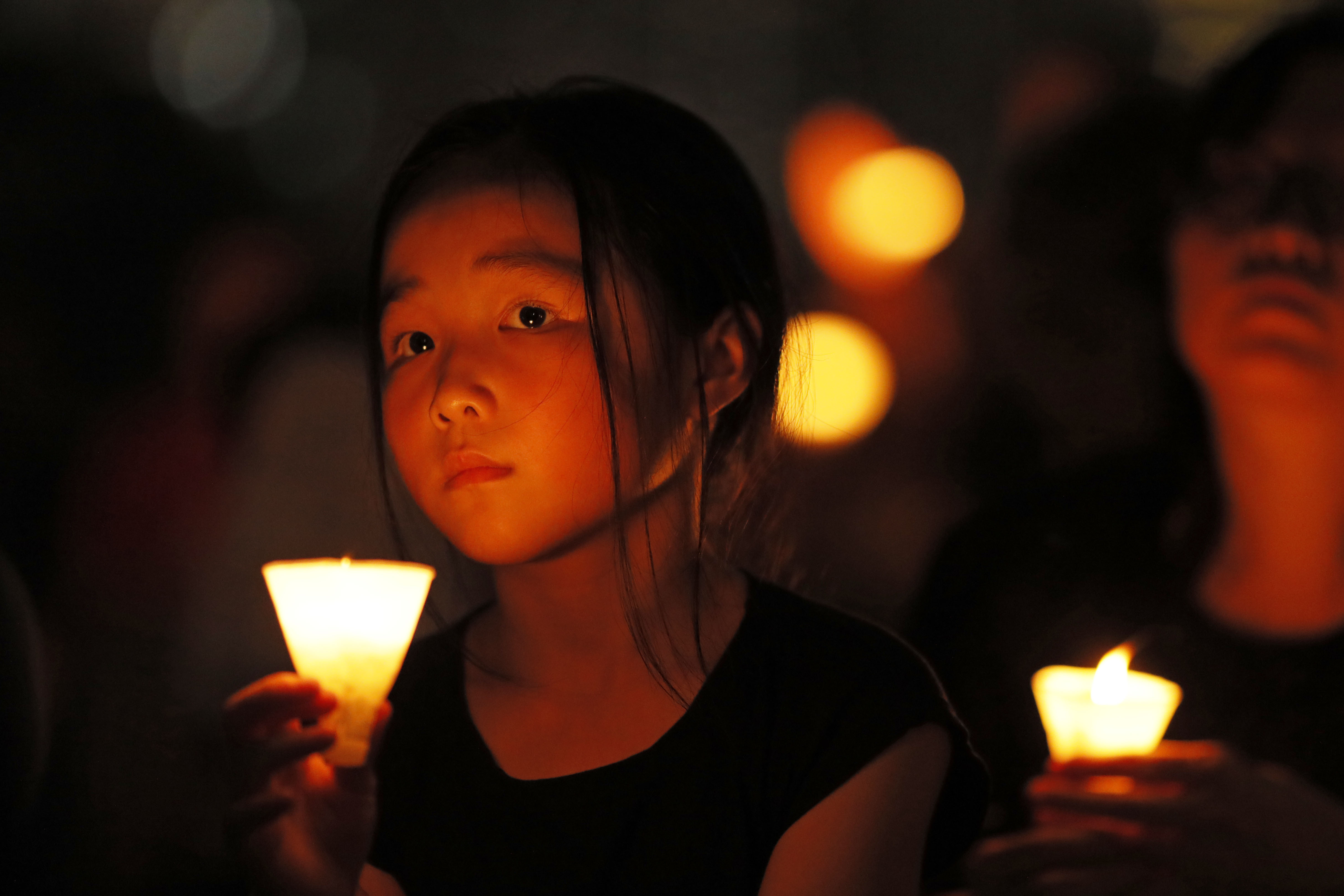 The event marks 30 years since Chinese troops opened fire on student-led democracy protesters in and around Tiananmen Square.

China has never given an official figure for how many people died, but estimates vary from several hundreds to up to 2,600.

Hong Kong and Macau are the only places in China where people can commemorate the activists killed in 1989.

But police put the number of attendees at less than 40,000.

Elsewhere in China, the authorities have banned even oblique references to the crackdown, which took place after weeks of mass protests that were tolerated by the government.

Ahead of the anniversary, censors at Chinese internet companies say tools to detect and block content related to the 1989 crackdown have reached unprecedented levels of accuracy.

While the June 4 vigil is an annual event in Hong Kong, it comes at a sensitive time for the city's leaders this year.

They are grappling with a backlash at home and abroad over a proposed extradition bill that would for the first time allow fugitives captured in the city to be sent to mainland China for trial.

Critics of the bill plan to protest in Hong Kong on Sunday, with rally organizers calling for 300,000 people to take to the streets.

'I MUST STAND FOR FREEDOM'

"I know that I must stand out, for our freedom, for our safety, for Hong Kong's economy."

Others chanted "Oppose the extradition law" as they urged people to join the rally on Sunday.

Some curious mainland Chinese were among the crowds.

"I hope the government never covers up the truth anymore," said Trance, 21, a university student from mainland China. "There is a wall between us and the world outside of the mainland."

Beijing has increased government suppression of rights activism, pushing the 1989 demonstrators' original goals further away than ever.

China's Defence Ministry has taken exception to the word "suppression" to refer to how the military put down the Tiananmen protests.

Wei Fenghe said the decision to send troops into the central Beijing square in the early hours of June 4, 1989 "was the correct policy". 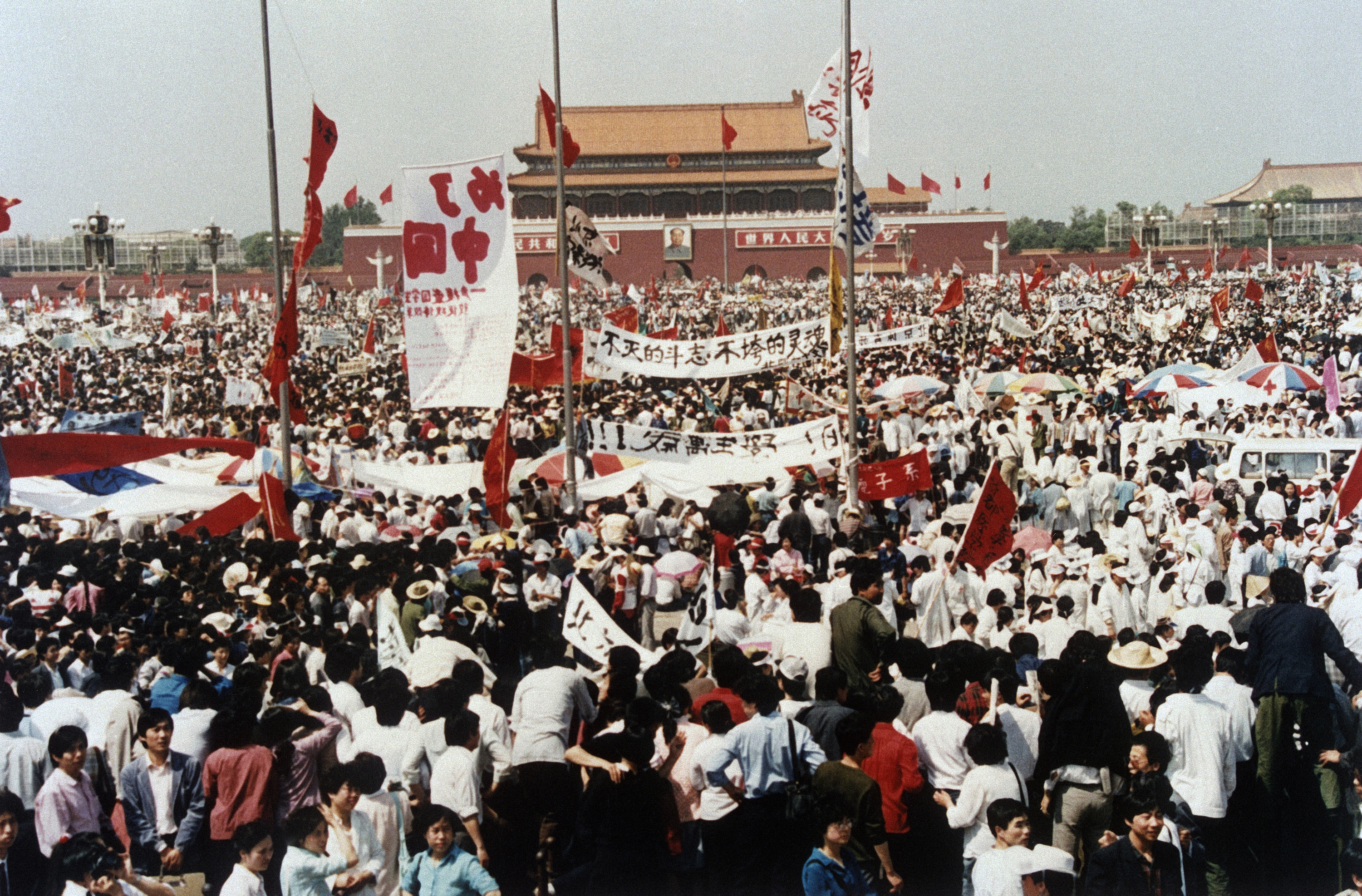 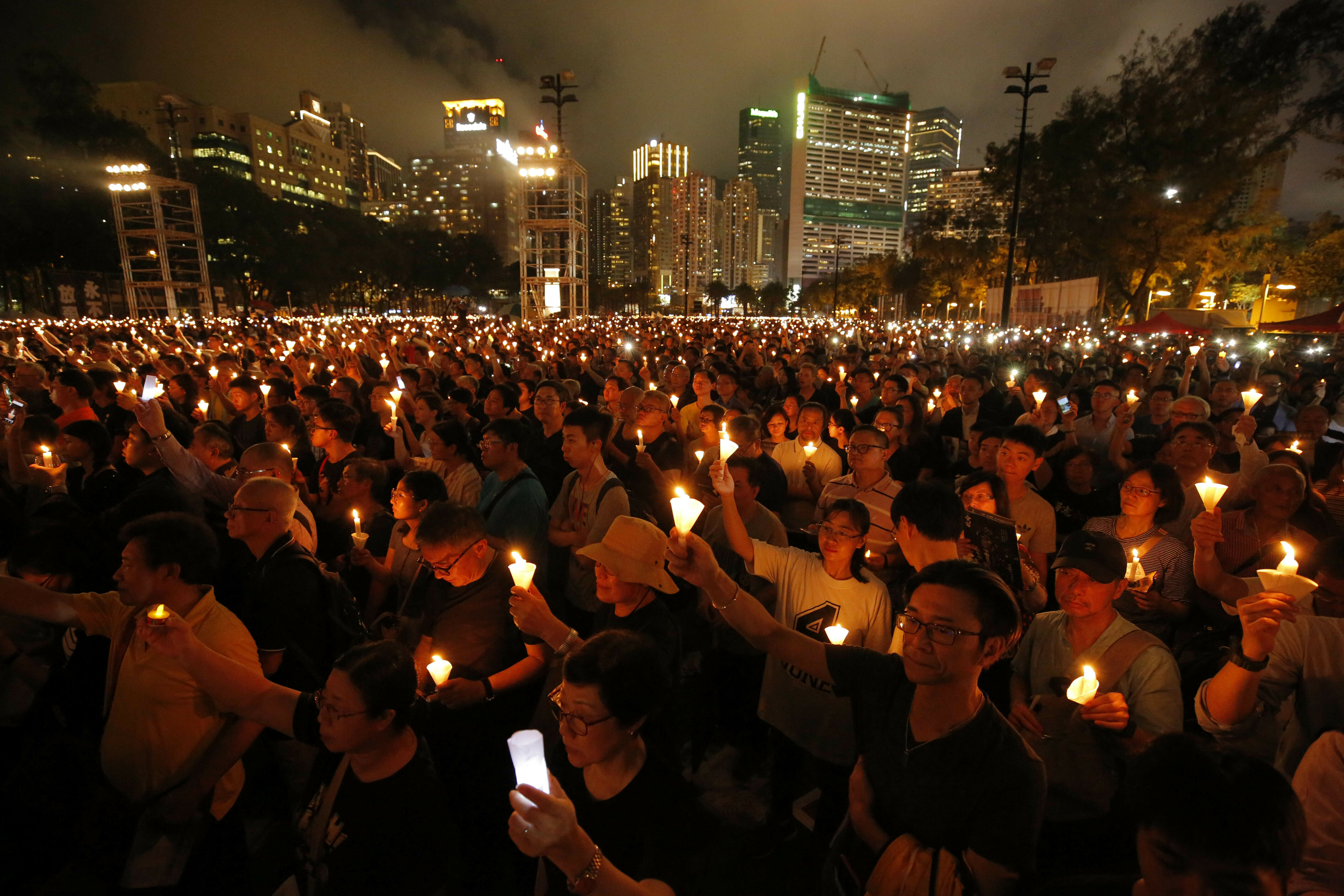 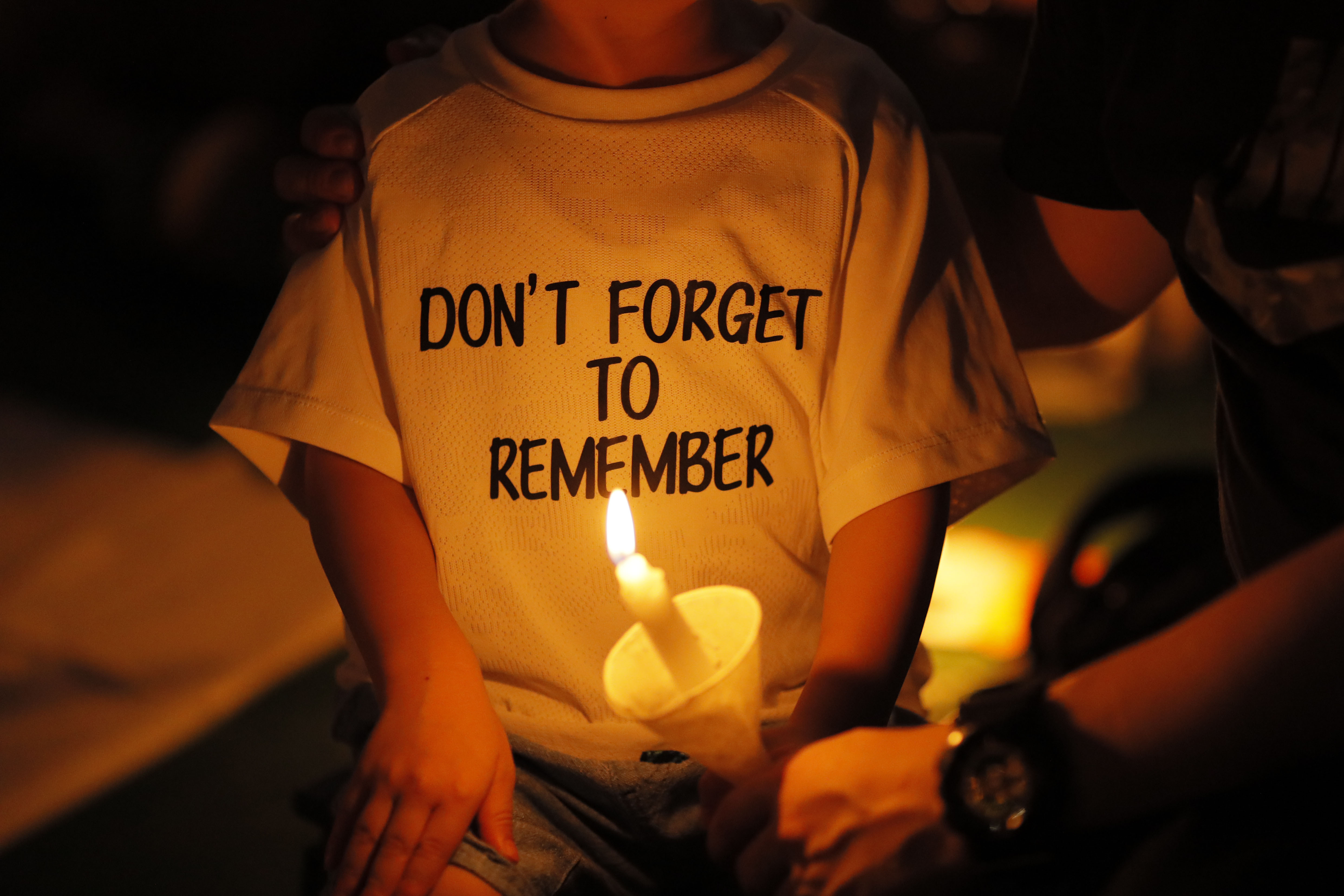 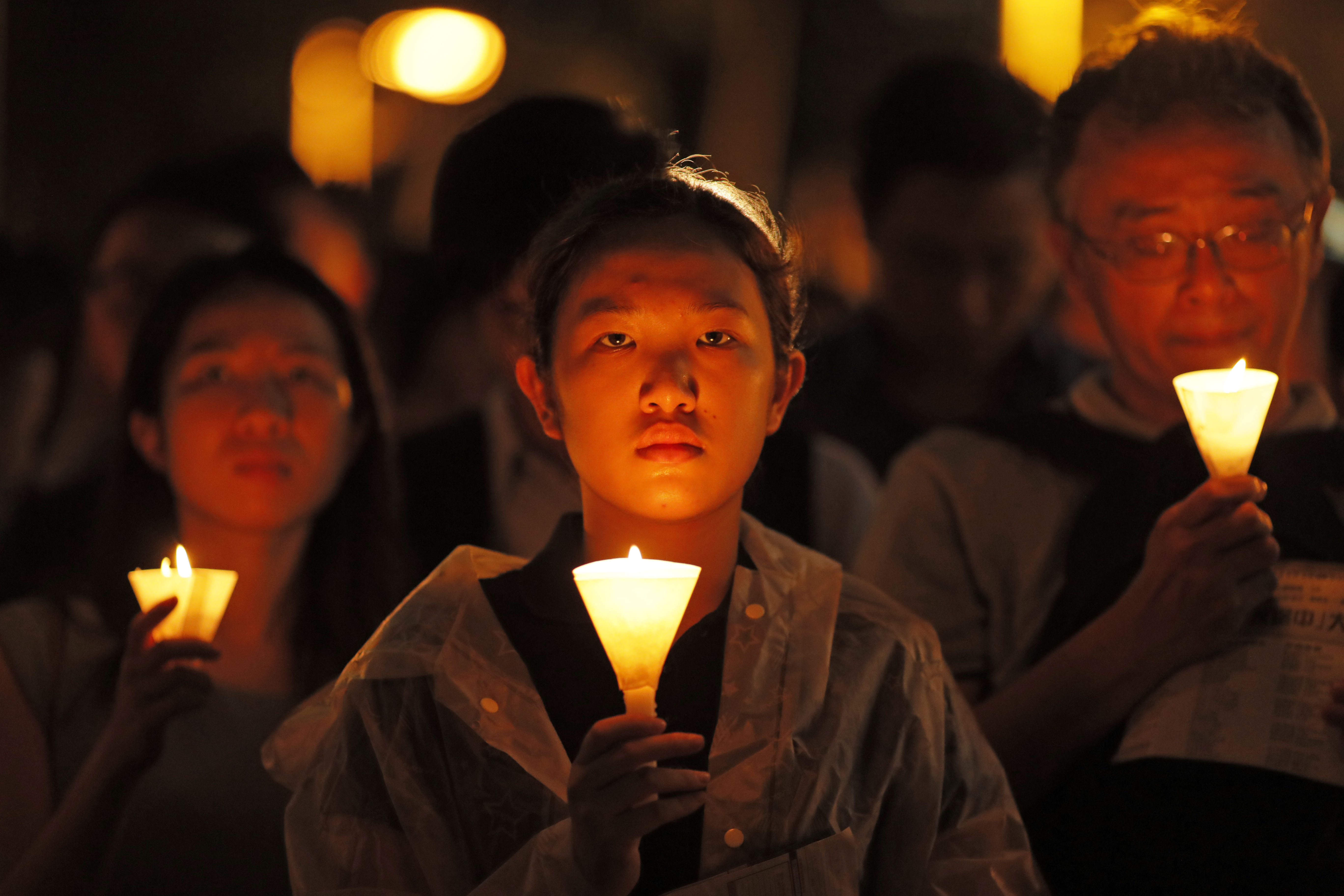 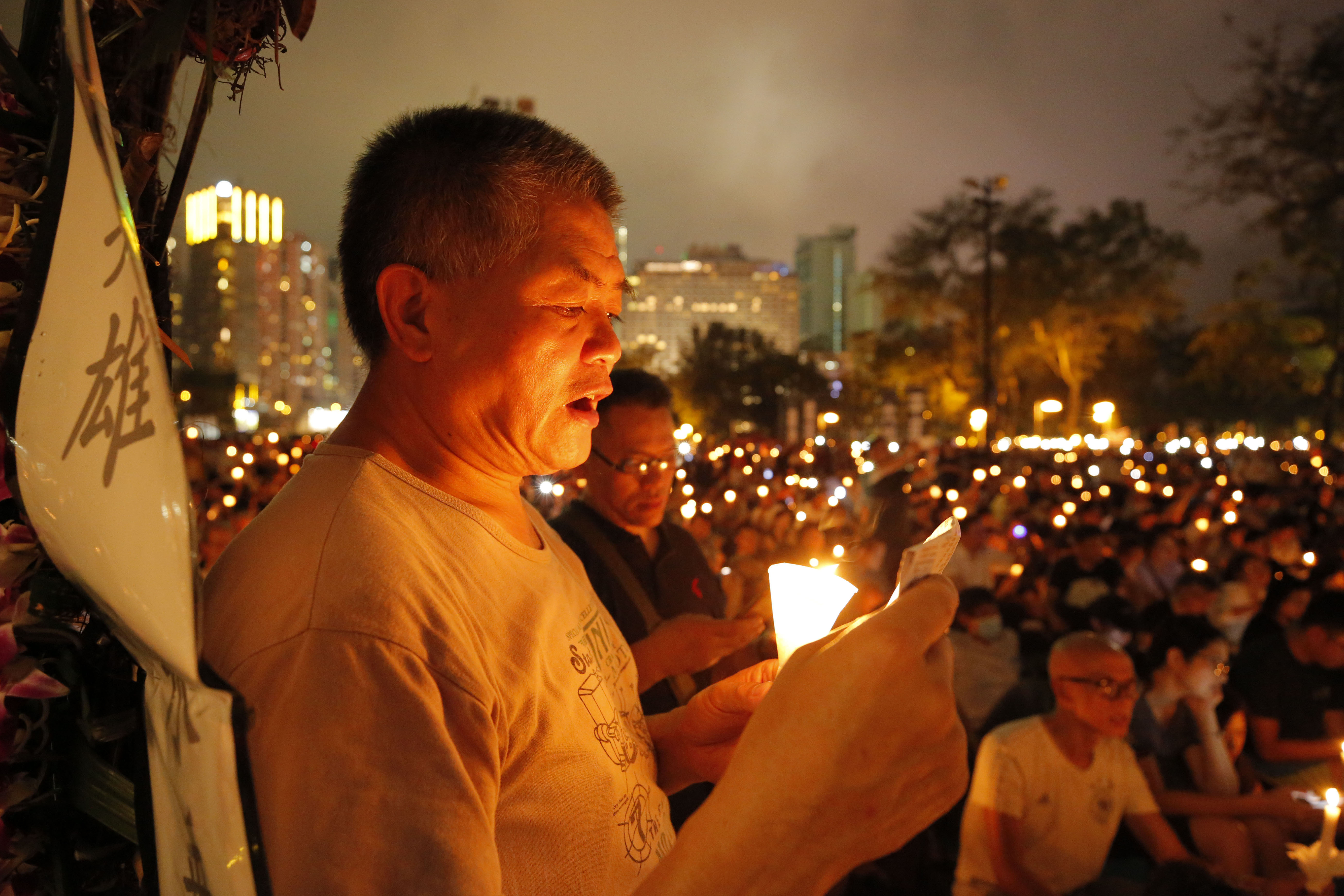 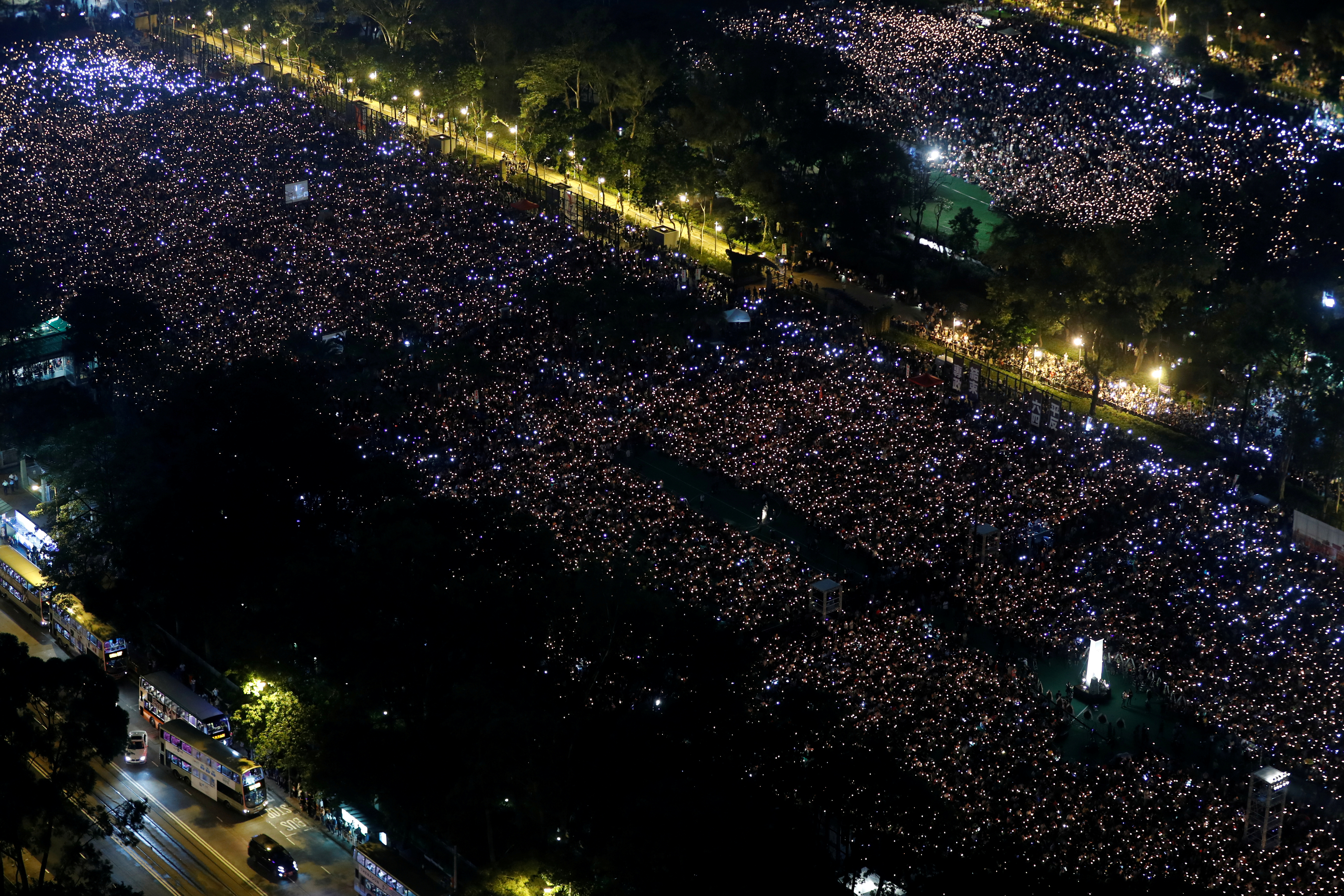 But despite the world-wide condemnation of the massacre, Wei justified the brutal crackdown, in what was a rare official mention of the events.

"How can we say that China didn't handle that Tiananmen incident appropriately?,” said Wei.

“There is a conclusion of that incident, that incident was political turbulence and the central government took measures to stop the turbulence, which is a correct policy.”

Wei was asked about Tiananmen after making a speech in Singapore.

He echoed the official position which emphasises the rapid development of China and the raising of ordinary citizen’s living standards in the years after the massacre.

"The past 30 years have proven that China has undergone major changes," he said.

Due to the government's action at that time "China has enjoyed stability and development".

Since the massacre, China has sought to avoid discussion about what happened.

What happened at Tiananmen Square?

Tanks began moving into position late on June 3 and troops opened fire, killing and injuring many unarmed people in and around the square.

It is generally estimated thousands died and as many as 10,000 were arrested for their part in the demonstrations, with several dozen executed.

The events leading up to the massacre began in April when pro-reform, popular Communist leader Hu Yaobang died.

Then in May some began a hunger strike and their numbers swelled, capturing the world’s attention while Communism began to collapse elsewhere.

One rally attracted 1.2 million people but the Chinese government was determined to stay in power.

After the massacre, an image of a man carrying a bag blocking the path of a tank has become the defining image of the democracy movement in China.

Textbooks don't mention the events of and there are no photos or stories of about what happened on June 4 on China's heavily-censored internet.

Tiananmen massacre survivor Dong Shengkun told CNN about what he saw that night.

"I saw a few students were trying to climb over the fence and evacuate from the square, and a tank went straight there and crushed them to death," he said.

Fellow survivor Zhang Maoshang said he refuses to tell his two young daughters things about Tiananmen "that can only bring them trouble".

"The society we live in is not open or safe enough, and I want them to be able to grow up without fear or worries," he said.

China's widely read state owned Global Times paper said in a Monday editorial on the website of its English-language edition that June 4 had "immunised China against turmoil".

"Merely afflicting China once, the incident has not become a long-term nightmare for the country," said the paper.

"It has become a faded historical event, rather than an actual entanglement

"However, all these noises will have no real impact on Chinese society. The actions of the external forces are completely in vain." 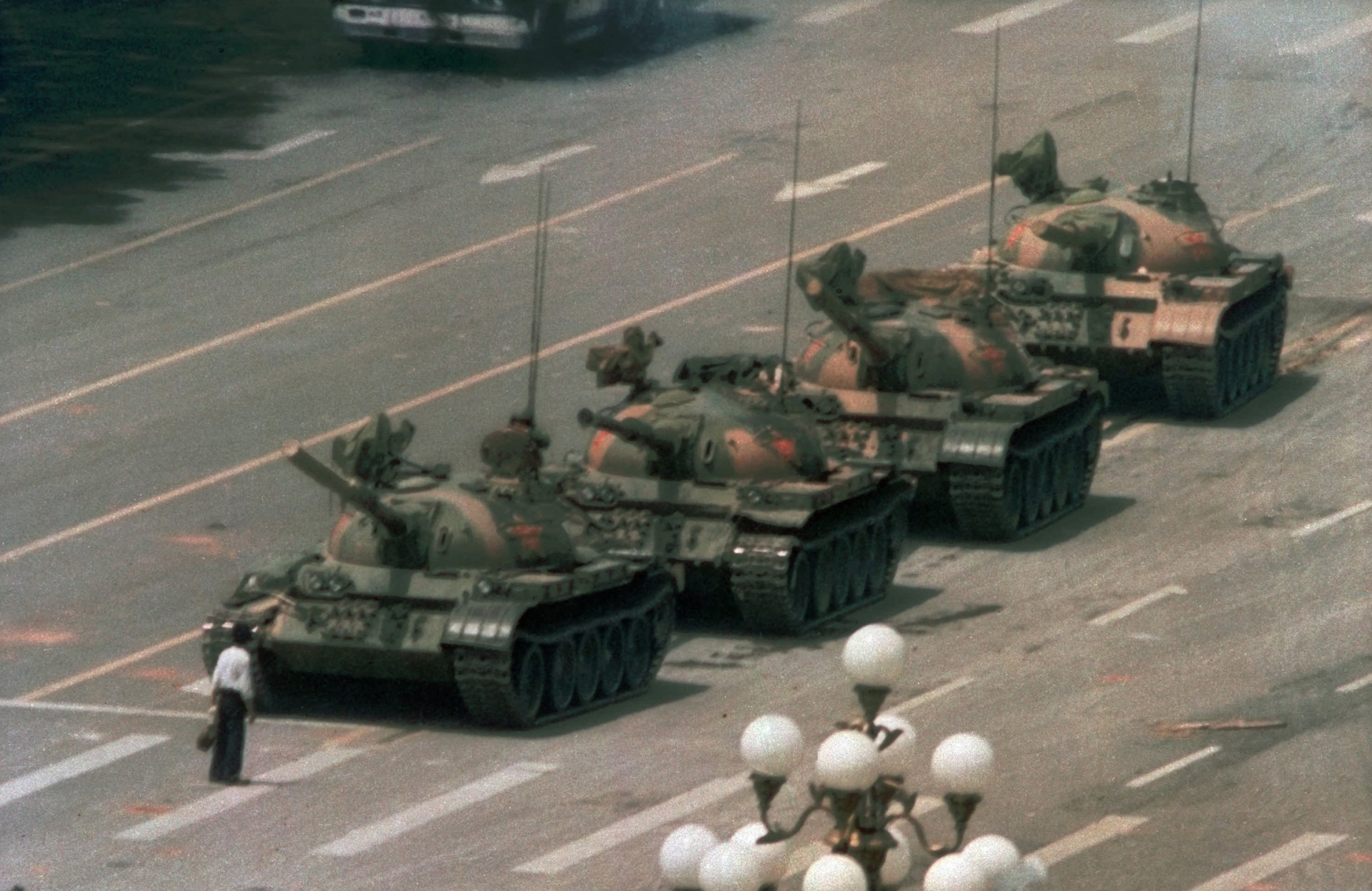 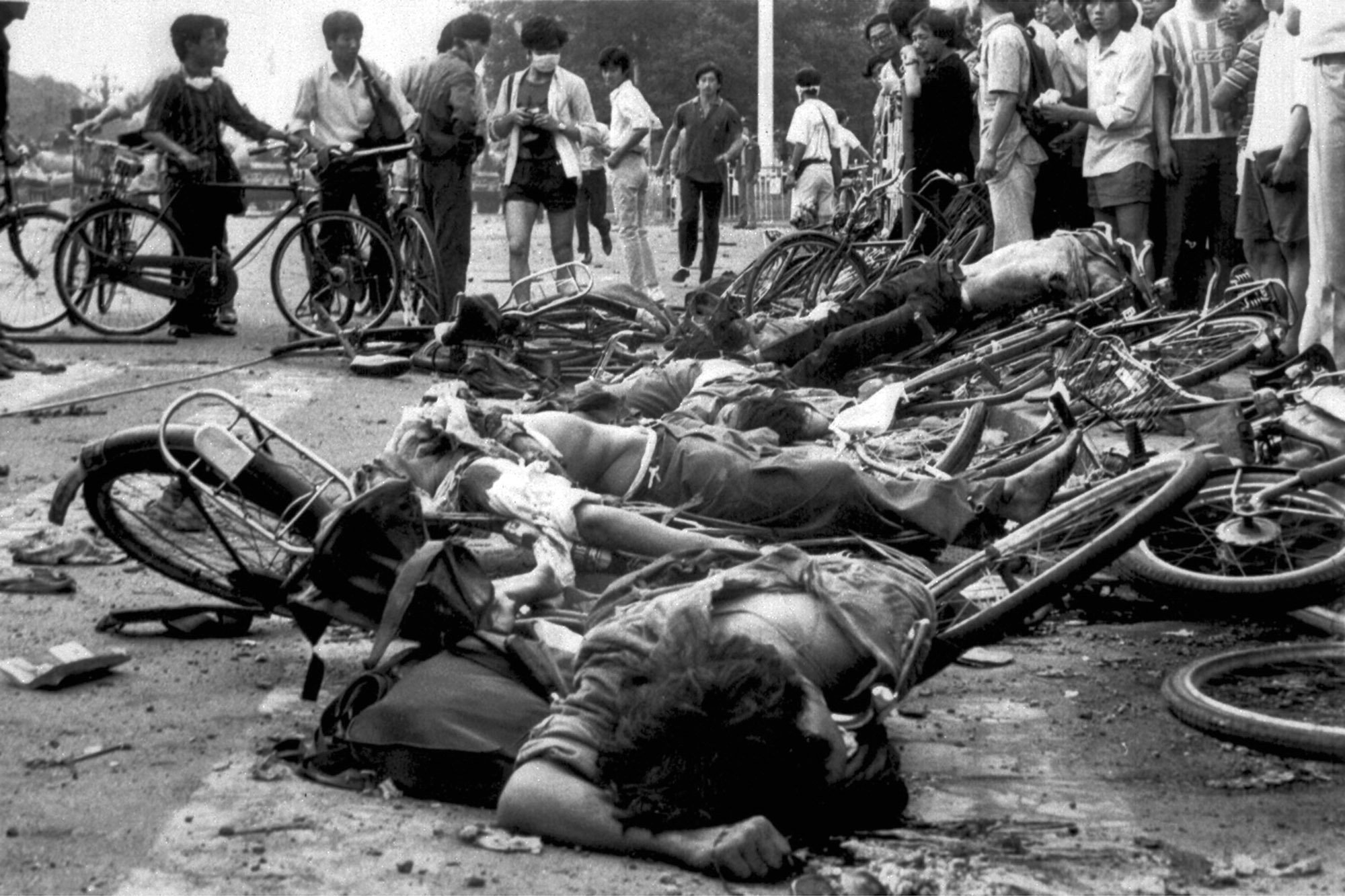 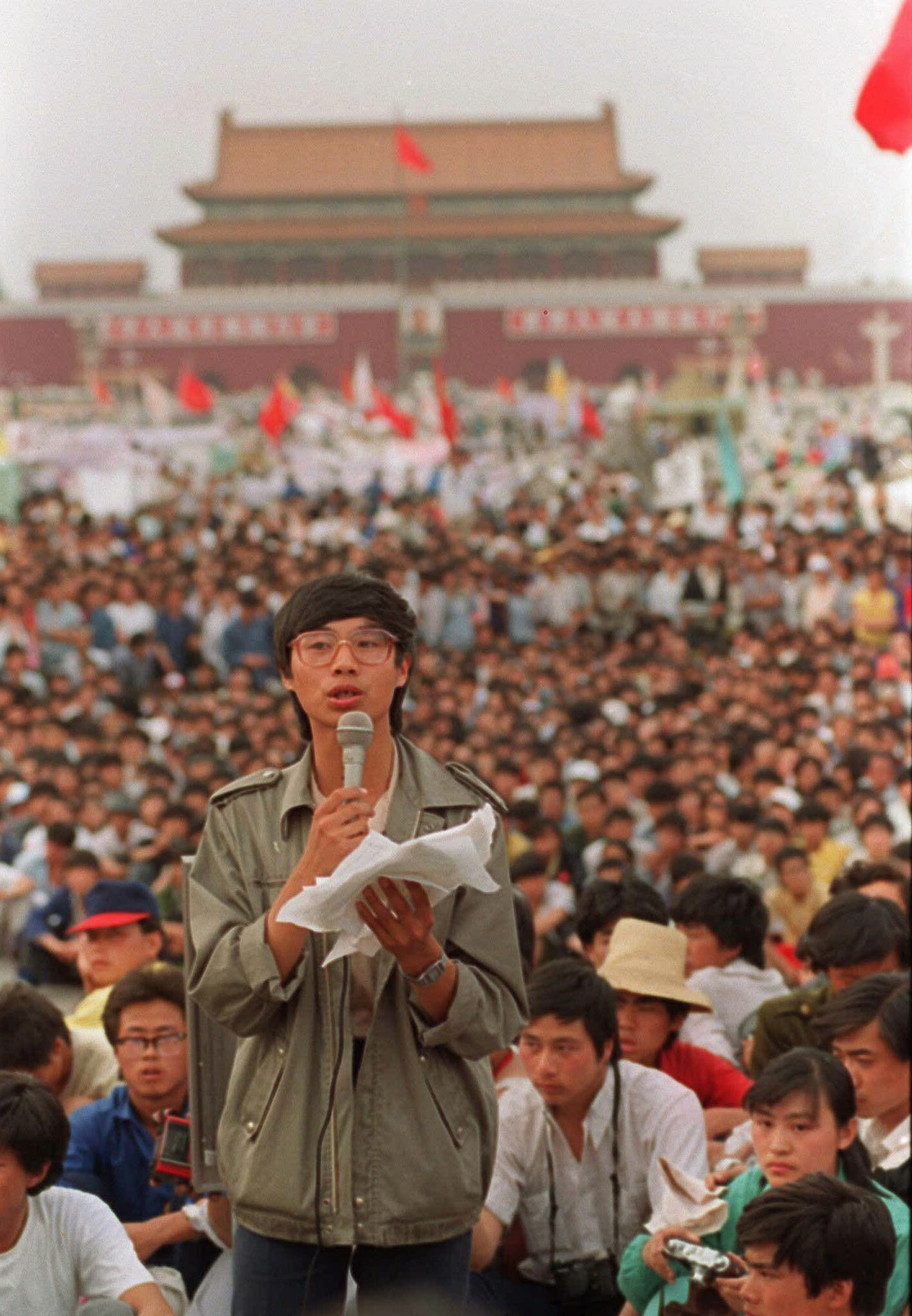 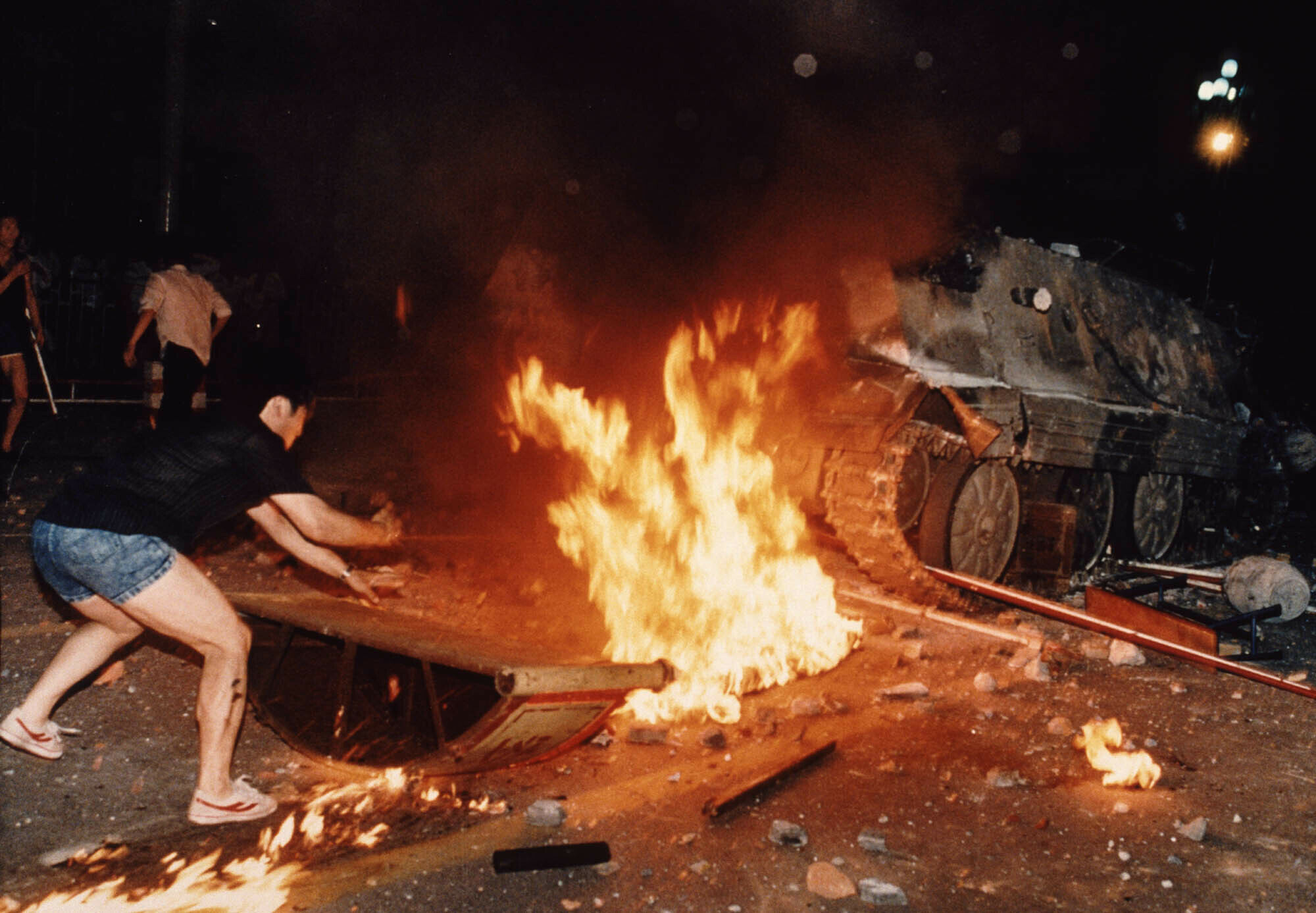 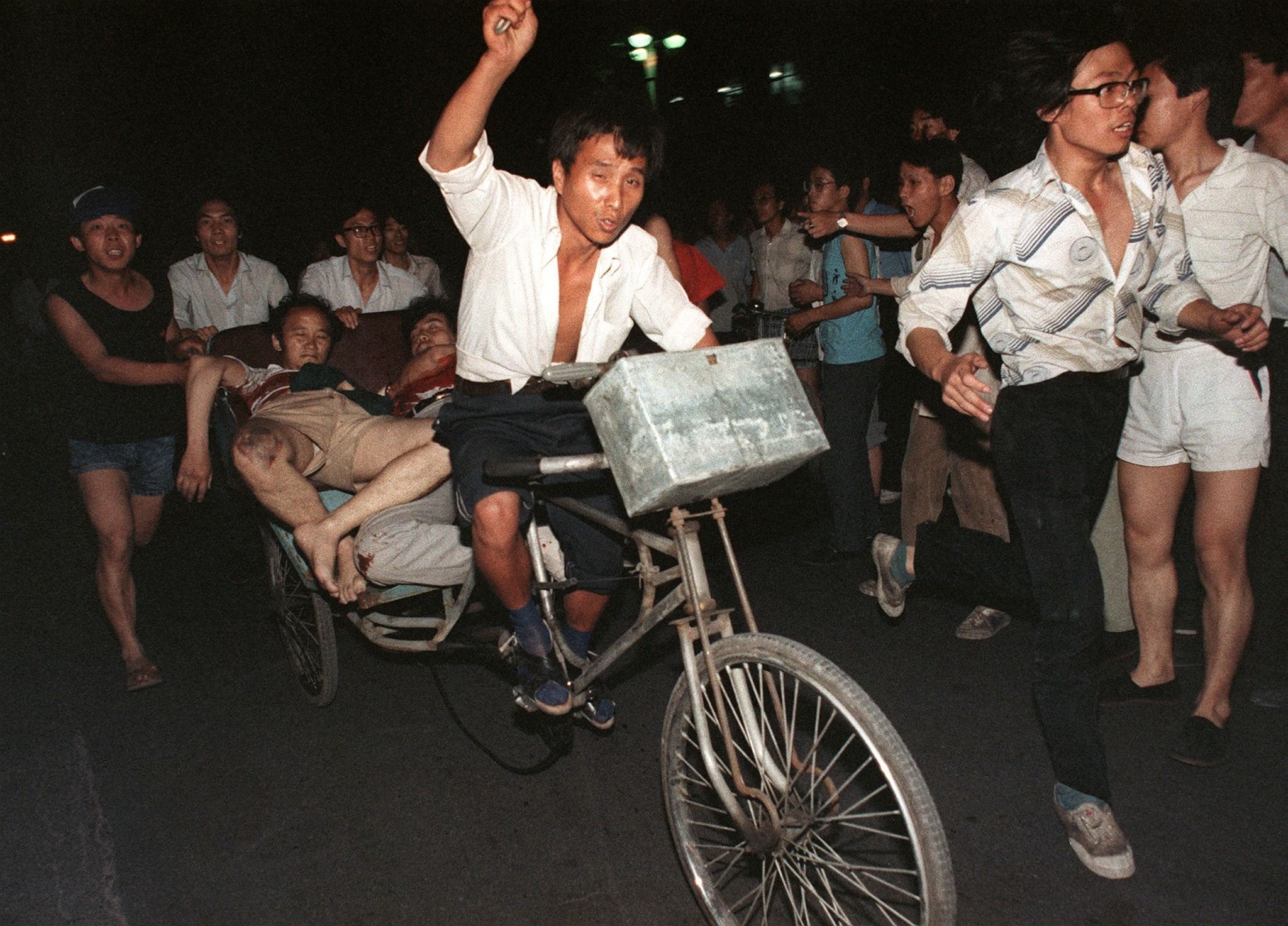 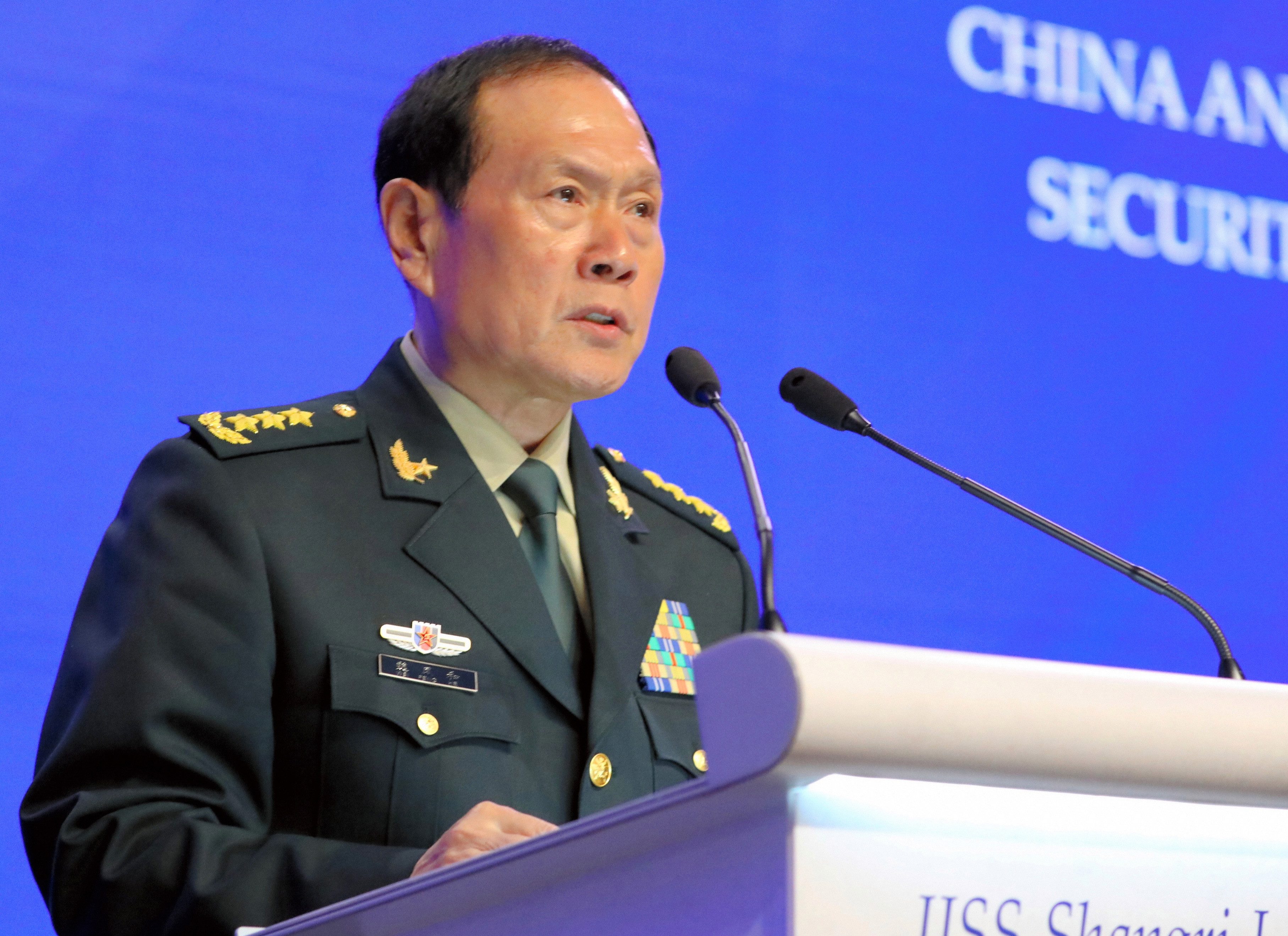