A TIKTOKER used CRAYON to cover a carpet stain after spilling bleach while moving out of her apartment.

User @ilickrocks said she got her entire security deposit back as she showed off the cover-up hack in a clip. 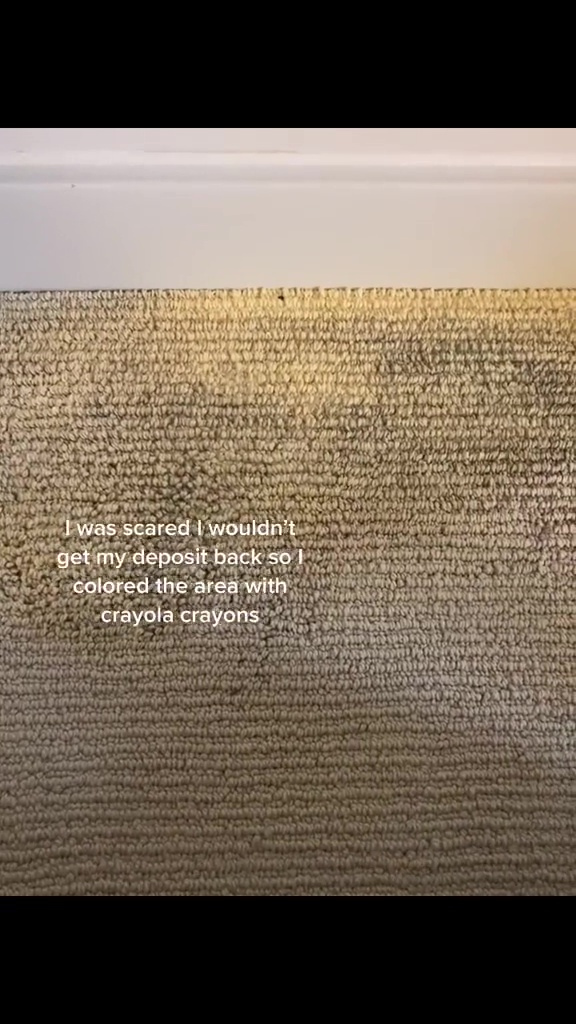 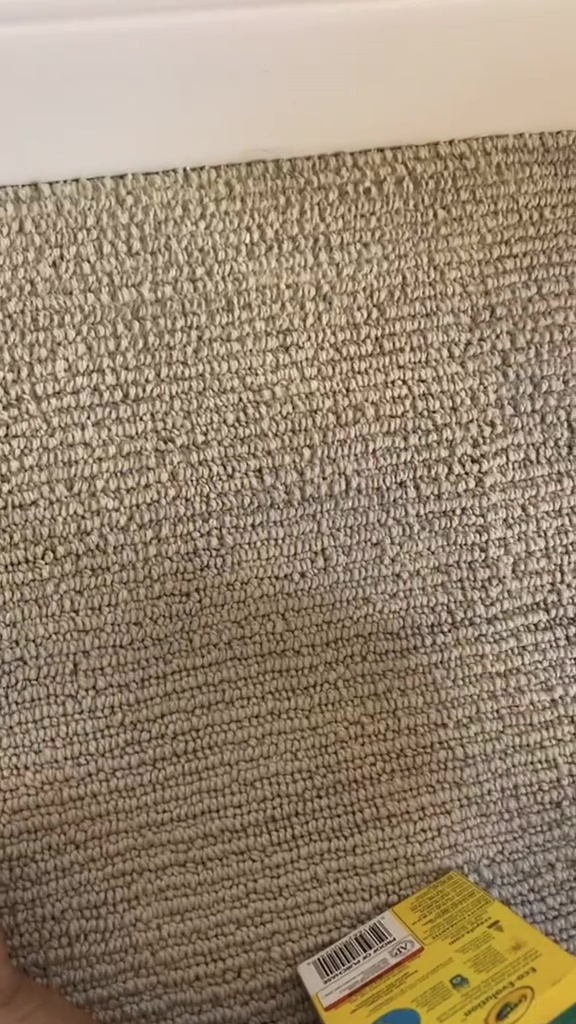 "Turned out this trick worked," the TikToker, whose name is Shreya, wrote.

The video showed a large yellow stain on the tan carpet.

"I accidentally spilled bleach as I was moving out of the apartment I was leasing," text over the video said.

"I was scared I wouldn't get my deposit back so I colored the area with crayola crayons," it added.

The video then showed the TikToker fiercely covering the yellow patch with a darker crayon. 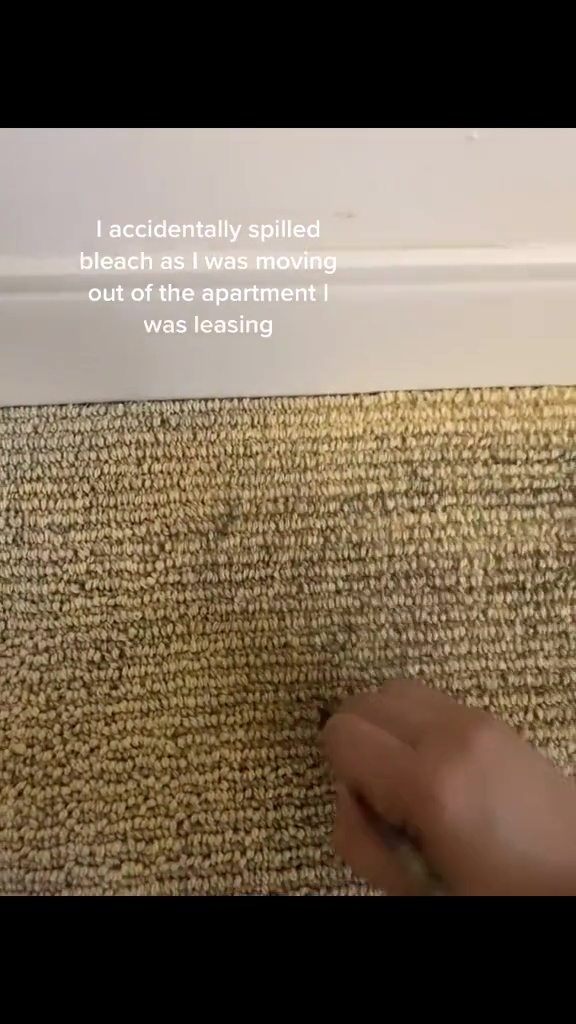 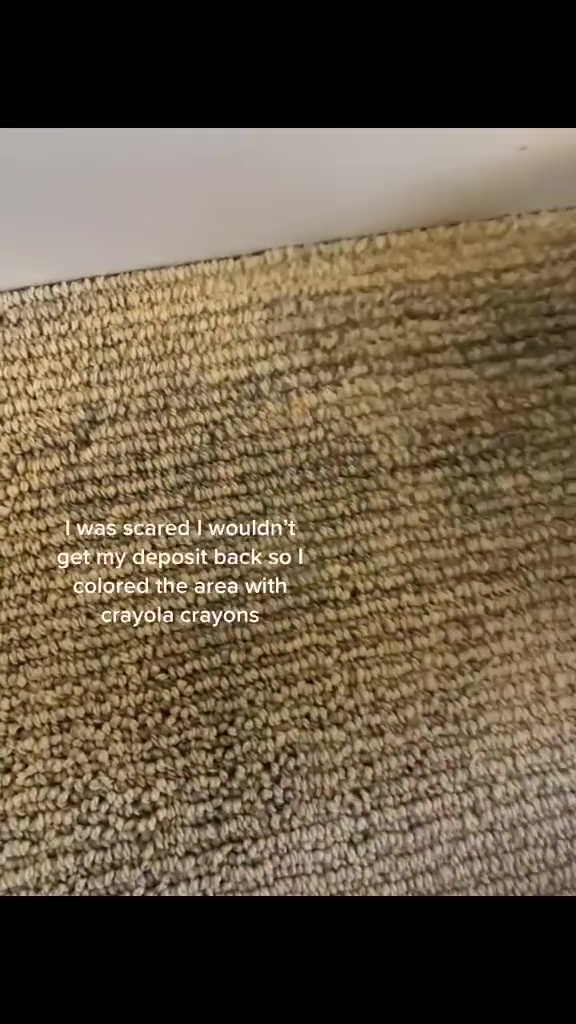 Although the area looked spotty at first, the clip then cut to another shot.

It showed the carpet all seemingly appearing the same color – as the stain disappeared.

"I got my deposit back," she wrote.

In the comments, @ilickrocks said she used a mix of black and trey to cover the patch.

The TikToker clarified: "I told [the apartment management] I stained the carpet and they said it's no prob and they have dyes but will probably replace it regardless.

Users were impressed by the cover-up. 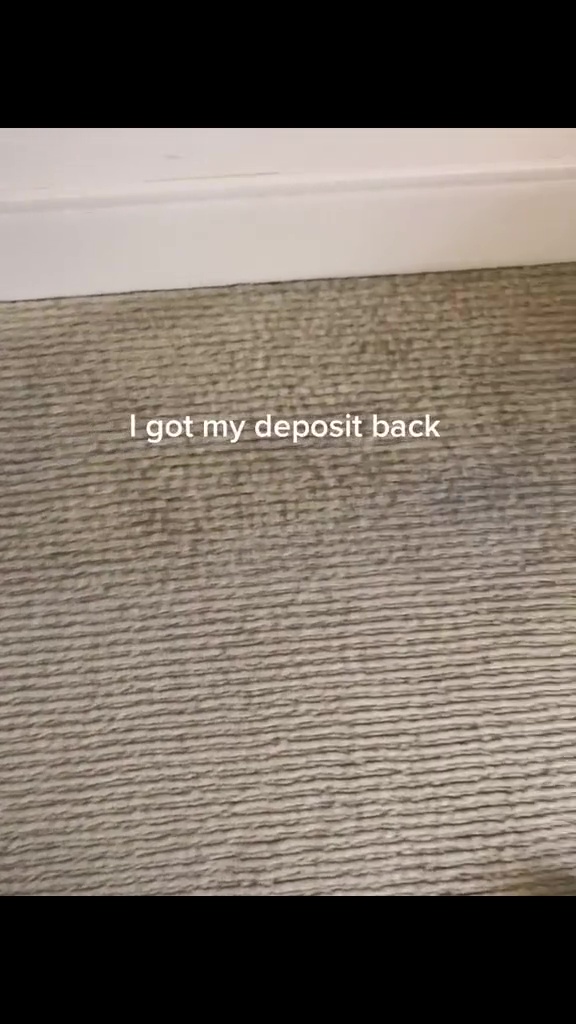 "As someone who works in property management, I can't even be mad at this… respect on the color match," one user wrote.

Another said: "the fact that you were able to cover it up with just crayons is incredibly impressive."

Some users suggested other helpful cleaning tips – like pouring hydrogen peroxide or hot water on the patch.

In other cleaning hacks, one savvy mom showed how to get pen out of a sofa with zero scrubbing.

A professional cleaner showed mopping mistakes that may be making your home dirtier.

People rushed to a woman's help after she used liquid dish soap in her dishwasher instead of detergent – causing an explosion of suds.