A suspect described “a lone wolf” was arrested Thursday in connection with a plan to throw explosives at people in New York City’s famed Times Square, according to reports.

The unidentified suspect was taken into custody soon after investigators from the FBI’s Joint Terrorism Task Force learned that he was inquiring about buying grenades, the New York Daily News reported.

No information was released about the suspect’s age, nationality or place of residence but he was scheduled to appear in court in Brooklyn on Friday, WCBS-TV in New York City reported. 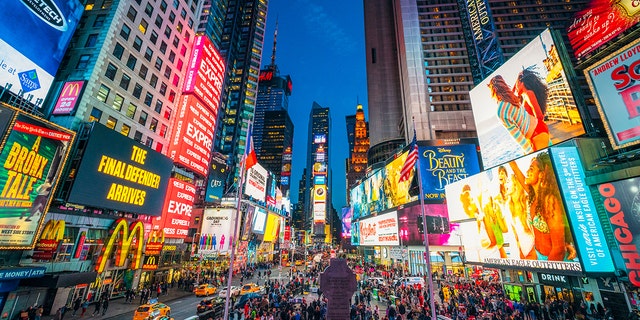 Authorities do not believe that the suspect is linked to any larger attack against the city, the station reported.

The joint task force includes both FBI and New York Police Department personnel, according to the Daily News.

Times Square, a commercial and entertainment district in the heart of Manhattan that attracts huge numbers of visitors every year, has frequently been linked to terror-related arrests.

Some past incidents include:

2018: A Canadian man is sentenced to 40 years in prison for plotting to carry out attacks on Times Square, the New York City subway system and concert venues in 2016.

2016: An Uber driver in Brooklyn is arrested and charged with trying to join ISIS and planning a Times Square attack similar to one earlier in the year in Nice, France, in which a truck was driven into crowds of people.

2010: A car bombing is thwarted when the bomb fails to detonate and a sharp-eyed street vendor alerts authorities. Just months later a suspect, who claimed to be a follower of Usama bin Laden, is sentenced to life in prison in connection with the case.

2008: A U.S. military recruitment station is bombed but the case remains unsolved. No one is injured in the blast, which happens early in the morning.